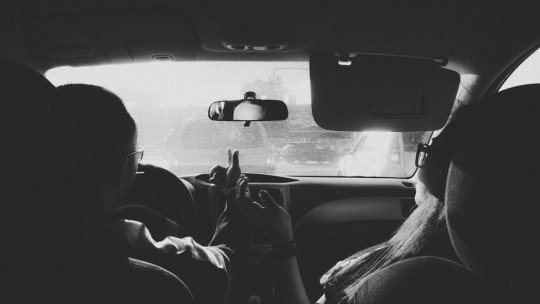 Getting married and starting a family is a goal and desire of many people, since the idea of getting married is practically a social imposition. But marriage, in many cases, can be a very rewarding experience. Without a doubt, finding that person who makes you so happy and with whom you can spend the rest of your life is truly sensational.

However, marriages don’t always work out the way you expect , and the suffering they cause while living in this kind of toxic relationship can seriously affect your emotional health. Toxic marriages do exist, and in this article we explain 11 signs to detect them.

Signs of a Toxic Marriage

A toxic marriage is one in which the rights of some member of the relationship seem to disappear, and the relationship is characterized by constant suffering and conflict . It is common that when people live immersed in this toxic situation, they are not really aware of it, largely because of inertia, habit and because, in many cases, there is a certain emotional dependence on the spouse.

Below you can find a list of signs that indicate if you are living a toxic marriage. However, it is necessary to emphasize that all couples can go through bad stages and that the manifestation of some of these characteristics in a timely manner does not necessarily refer to a toxic marriage. That said, the signs of a toxic marriage are as follows.

Emotional dependence turns marriage into an asymmetrical relationship, causing one partner to gain ground and control over the other. The cause of this phenomenon is usually found in the insecurity of the dependent person, who is unable to connect with himself, and his happiness depends on others, causing a great fixation or addiction to the couple.

Emotional codependency, on the other hand, despite being a phenomenon just as harmful as the previous one, occurs when one member of the couple is “addicted” to their partner’s dependency, that is, to the need to help him/her and worry about his/her well-being. It is a kind of controller and manipulator, but more silent. Both phenomena interfere with the proper functioning of the marriage and, therefore, cause a lot of pain to the spouses .

In toxic marriages there are certain behaviors of control and possession by one of the members of the couple . This partner exerts a great influence on the other one, who loses his voice and opinion in the relationship and observes how his freedom is affected. For example, the decisions of marriage are often made by one partner, who controls the accounts and expenditures of the other and even their social networks. All decisions go through him, and he is often aggressive if the other person gives his opinion on them.

Limited social life is also characteristic of toxic marriages , so that one or both members of the couple no longer have close ties with other people. This may occur as a result of the control behaviours mentioned above, but also because of excessive emotional dependence or fixation by the partner. Healthy behaviors are those in which partners continue to maintain their own space, and that includes, among other things, having their own friendships.

One of the most damaging toxic behaviors in marriages is jealousy. Low self-esteem is usually one of the origins of this type of behavior, which causes the jealous person’s mind to have unsound beliefs about reality and, consequently, to engage in obsessive behavior. Jealousy causes suffering to both partners, and over time it turns a marriage into a living hell.

To a greater or lesser extent it is possible to experience a certain degree of jealousy when we care about someone. But in a marriage of this type, toxic jealousy can manifest itself, for example, in behaviors such as: when one spouse constantly asks about the schedule and questions the facts about his or her partner, he or she gets angry when the other spends time with friends, secretly checks facebook messages, and is even able to go out and find the other spouse when he or she doubts his or her word.

Logically, all these points above lead to frequent conflicts . But, in addition, communication in this type of marriage is usually inefficient and, therefore, can cause serious relational problems. In the toxic relationship, there is no climate of tolerance nor is reconciliation fostered; on the contrary, the problem tends to become greater and greater and the suffering increases.

Therefore, toxic marriages cause much suffering and pain . And the more time spent in such a relationship, the worse the consequences may be on an emotional level or on the self-esteem of either spouse. Since the relationship is asymmetrical, suffering is inevitable.

Manipulative and emotional blackmailing behaviours frequently appear in toxic marriages , as one of the members acts in accordance with his or her interests, and blames, makes the other member uncomfortable and causes fear.

The causes of these behaviors can be varied, although they are usually due to low self-esteem, which causes one of the two spouses to constantly seek confirmation of his or her partner’s love, causing demonstrations that the other person will not leave him or her.

People who live in a toxic marriage stop growing as people. Either because they are emotionally dependent, because suffering can take its toll on them, or because they have a fragile self-esteem. The truth is that they leave aside the behaviors of personal development and drown in the toxic dynamics of marriage .

Respect is basic to any type of relationship, whether it is a couple, family or friendship. When respect is lost, it is impossible for the relationship to work and for the spouses to be happy in the marriage . Lack of respect can manifest itself in different ways, for example: when one of the members of the marriage constantly humiliates the other one both in public and in private or is simply not interested in the achievements of his or her partner.

10. Obsession with the relationship

Toxic relationships end up becoming a vicious circle from which it becomes difficult to escape. Low self-esteem and emotional dependence cause spouses to stay together despite the suffering, eroding the relationship more and more.

They can become obsessed with the relationship , so that neither one of them is breathing and there is neither respect nor communication, and therefore love disappears and conflicts are present again and again.