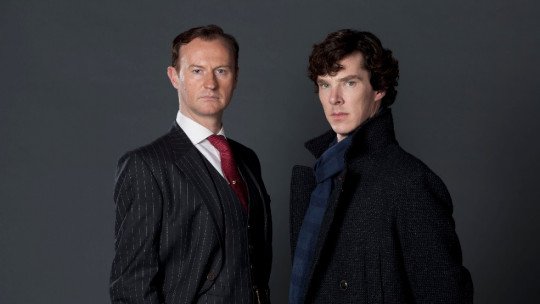 It is known that he family is extremely important in our lives. It is an essential socializing agent for our development. In fact, at an early age, the family is vital for survival, because human beings need the help of adults for a relatively long period of time.

Moreover, its relevance does not end there; the role of parents becomes essential in order to grow up healthy and prepared to face the problems that may arise throughout our lives, even when we are already largely autonomous.

But parents are not the only important family figure for us; when they are present, siblings are often there for good times and bad. However, there are times when this fraternal relationship can become toxic. In this article, we will talk about the entrenched conflicts that can be generated between siblings, and the concept of “toxic siblings” .

A brother is a friend given by nature

Siblings not only share our genes, culture, education or social class, they also share the vast majority of experiences that happen to us within the family and live the same events as us.

Now, each person is unique and has their own personality. Two siblings raised under the same roof may develop different ways of behaving, yet both share the same memories and experiences.

Brothers are people you trust, who will rarely turn their back on you; they can become our best friends. As the French poet and writer Ernest Legouve says, “a brother is a friend given by nature”.

When the relationship between siblings is not good

But fraternal relationships can also be complicated . From childhood, fights can be frequent, and as adults, some siblings can end up badly for different reasons, for example, because of financial issues. Complicated relationships between siblings can be very intense and generate situations in which hostility, rivalry, competition, jealousy and sometimes hatred can manifest themselves.

When a sibling thinks he is treated differently by his parents, when he thinks he is the black sheep of the family or when he receives a shared inheritance and does not have the same opinion as his other sibling about what to do with an inherited property, the battle can be very destructive.

Whether in childhood or in adulthood, there are many reasons for these fraternal disputes. Below is a list of reasons why siblings have toxic relationships:

In adulthood, siblings may stop speaking to each other for various financial reasons. Some siblings fight because they share a company, and when cash flow problems arise, the relationship is affected. Others experience a fight over finances (especially inheritances). Economic reasons are a frequent source of family breakdown if one does not know how to manage these conflicts.

At early ages, siblings may be continually fighting for parental attention . Generally, these are tantrums that do not go any further, but on other occasions, the relationship may become conflictive, as the accumulation of conflicts may generate greater conflicts.

Sometimes it’s the parents who generate unsafe children. Children who, in one way or another, will seek the attention of their elders in order to feel loved. One of the children may be very good at school, as he or she is good at the subjects taught at the school, whether it be mathematics or social sciences. In contrast, the other child may be very talented, for example, in drawing or dancing.

This last sibling will need the affection of the parents to develop this passion that he treasures, but, as is often the case, some parents only look at the school grades when assessing the success of a child . That child may feel very frustrated, which may cause some rivalry with his other sibling when he feels undervalued.

Comparisons between siblings are not good, but neither is it good not to treat children equally. This can happen, for example, with the clothes their parents buy them, the amount of money they give them for their weekly allowance, or even the amount of tokens of love (hugs, kisses, etc.) that the parents give out. Children are particularly sensitive to this type of behaviour from parents , so care should be taken not to treat one child better than another.

The older brother or sister, whether a boy or a girl, is usually more loving and understanding towards the younger one. If the older sibling is quite different in age, he or she may understand some of the reasons why their younger sibling is reacting in a certain way.

6. The stage of development

The stage of development can also influence the generation of conflict. For example, siblings may have had a better relationship at school age, but when they reach high school and the stage of change, the older sibling may become a bit withdrawn from the relationship with the younger sibling. The younger sibling, in this case, may seek the attention of the older sibling through disputes .

Another reason for sibling fights is when someone touches the other’s personal possessions. At younger ages it may be a toy, but in adolescence it is still a piece of clothing. This can lead to conflicts, especially if the object they have borrowed without warning is damaged .

We all have different personalities and interests and this can generate many conflicts. Some people are more easily irritated than others, some are introverted, some are extroverted, etc. Personality clashes can lead to serious disputes in fraternal relationships.

The ability to solve their own problems and conflicts, empathy or the ability to negotiate and dialogue, among others, are factors that influence how family problems are solved. Here parents have a lot to say.

Jealousy and envy can be a source of conflict in sibling relationships at any age . Sometimes it is the insecurity of one of the siblings that causes this situation, as they may feel a tremendous sense of frustration when they see that their brother has a better job or a spectacular partner.