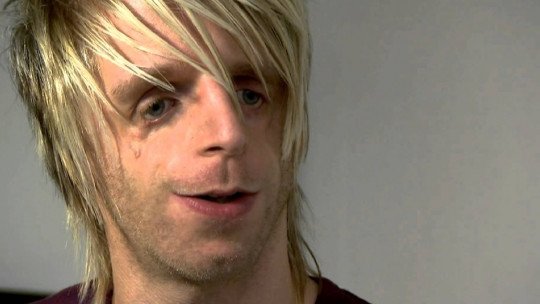 If there is one characteristic shared by a large number of rare diseases, it is to have a basic genetic component. We are talking about genomic alterations that occur randomly, or for which the cause has not yet been found.

Treacher Collins syndrome is one of these diseases, and is associated with a very characteristic facial physiognomy . In this article we will see its characteristics, associated problems and treatment options.

What is Treacher Collins Syndrome?

Treacher Collins syndrome is a genetically based condition that affects the craniofacial development of the fetus. This developmental disorder is characterized by symmetrical otomandibular dysplasia on both sides of the face and is associated with various abnormalities in the skull and neck.

Dysplasia refers to an abnormality in the appearance of cells caused by an adulteration originating during the maturation process of the cells. This cellular anomaly is irreversible and is externalized by alterations in the development of a tissue, an organ or any anatomical portion of the body.

In patients with Treacher Collins syndrome this dysplasia affects the development of the cheekbones, ears and jaw . Also, other indicators that are so visible are a reduced pharynx or alterations in the formation of the palate.

Treacher Collins is considered to occur in one in 10,000 embryos . The children of parents of those affected have a 50% chance of suffering from this syndrome, and the severity of this may vary in an unpredictable manner. On the other hand, in 55% of the cases of Treacher Collins the genetic alteration appears spontaneously, without the causes being clearly established.

This syndrome is named after the English surgeon and ophthalmologist, Edward Treacher Collins, who discovered a series of common patterns or symptoms among different affected people and described them in 1900. Several decades later, in 1949, A. Franceschetti and D. Klein detailed these same particularities of the syndrome and gave it the name of mandibulofacial dysostosis .

There are a number of physical characteristics, both visible and internal, as well as alterations in some very distinctive perception processes of Treacher Collins syndrome.

As far as alterations in craniofacial development are concerned, we find the following characteristics:

As for the physical features in the face , people with Treacher Collins present:

Children with Treacher Collins syndrome are susceptible to a number of problems related to breathing, hearing, vision and hands. Although these problems do not always appear, they can be quite disabling, with breathing problems being the most damaging to a child’s health.

The underdevelopment of the jaws forces the tongue to be positioned further back, very close to the throat ; resulting in a narrower than usual airway.

Therefore, parents should pay special attention when children develop any type of infection or cold that may inflame or congest the airways.

Due to the alterations in the formation of the inner ear, it is absolutely necessary that an evaluation of the child’s hearing be carried out as soon as possible .

In most cases, patients are up to 40% deaf, so there is a need for a hearing aid.

Visual problems are one of the most distinctive features of Treacher Collins syndrome. The presence of drooping lower eyelids can lead to recurrent dryness of the eyes.

The problems in the hands are that they have less incidence in these people. However, some patients are born with alterations in the thumbs , which can be considerably small or even born without them.

However, in cases where the baby is born without both thumbs, a thorough evaluation and diagnosis must be made, as it could be Nager Syndrome, which presents a symptomatology very similar to Treacher Collins.

Thanks to the advances in scientists in genetics, recently has been discovered in particular gene that gives rise to the Treacher Collins syndrome .

The gene in question is TCOF1, also known as Treacle. This gene acts on the reproduction of the ribosomal DNA gene , remaining active throughout the development of the embryo. Specifically in those areas destined to become the bones and facial tissues.

The diagnosis of Treacher Collins syndrome is based on the evaluation of the clinical picture mentioned above, as well as on complementary explorations and molecular analyses that certify the diagnosis. These molecular analyses can be carried out during the prenatal period , by collecting chorionic villus sampling (CVS).

Also, ultrasound scans performed at this stage may reveal both facial dysmorphism and the ear alterations so characteristic of this syndrome.

The treatment of Treacher Collins syndrome should be carried out by a group of craniofacial specialists who work in constant synergy, coordinating with each other.

Teams of craniofacial specialists are particularly qualified for the treatment and surgical practice of disorders related to the face and skull. These teams include

In terms of prognosis, children with Treacher Collins syndrome usually mature correctly into adults of normal intelligence without any need for attention or dependency. However, they may need the help of psychotherapy to deal with aspects related to self-esteem problems and possible social inclusion issues.