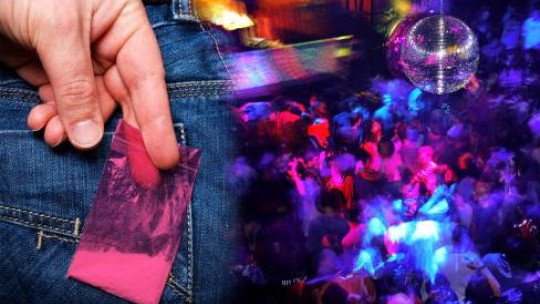 In recent years, various drugs have appeared that have been successful among users. If a few months ago we talked about a new, powerful and deadly substance known as Flakka, in today’s article we will review the characteristics of a new drug called Tucibi (in English, 2CB) that has become fashionable for its hallucinogenic effects.

Tucibi is a psychedelic substance that, according to those who have tried it, alters all the senses . The person experiences visual and thinking hallucinations, where the power of the imagination is magnified, and can cause a terrible state of panic. Like many phenylethylamines (PEA), the person notices a pleasant high for the body itself, a feeling of exaggerated strength and intense nervousness and excitement. It is known as the new drug of the rich because of its high price.

Tucibi is a designer drug. This type of drug was born between 1970 and 1980 in hundreds of clandestine laboratories in the United States, because during that time, the sale of hallucinogens was prohibited in the American country. In the clandestine laboratories, chemical compounds similar in structure and effect to the prohibited drugs began to be synthesized. Designer drugs are obtained through chemical processes of greater or lesser complexity. Evidently, the objective of the traffickers of designer drugs is to do business and escape coercive controls .

At that time, when a new synthetic drug was discovered, the American authorities included them on the lists of prohibited substances. In 1987, when the US government amended the Controlled Substance Act , any substance similar to a prohibited substance also began to be considered prohibited. Later, the World Health Organization made the same decision, giving it international force.

There are three types of designer drugs:

Tucibi (2C-B) or 4-bromo-2,5-dimethoxyphenylethylamine (also called: a-desmethyl-DOB, BDMPEA, MFT, Erox, Venus, Nexus) is a psychedelic phenylethylamine from the 2C family. It was first synthesized by Alexander Shulgin in 1974. The dose varies between 16 and 24 mg, and is usually consumed in powder form (presented in small bags with printed figures, e.g., colored drawings, the S for Superman, skulls, etc.), although it can also be consumed in tablet or capsule form.

The effects of this substance combine those of two other known designer drugs: MDMA and LSD. Even so, its hallucinogenic effects are not as potent as those of LSD, and the stimulants are not as intense as those of MDMA. At low doses the stimulant effects predominate, while at high doses the psychedelic effects become more noticeable. The effects usually last between 4 and 8 hours.

Risks associated with its consumption

Like any drug, Tucibi can have serious health effects on the person who takes it . In addition to the problems that may arise in their social environment and their daily life, such as loss of employment or family problems. Consumption of 2CB can cause both short-term and long-term problems. In the short term, it is characteristic that many consumers, due to the hallucinations produced by this substance, suffer panic attacks or anxiety crises.

In the long term, the continued use of this drug is associated with serious problems of anxiety, disorientation and extreme tiredness . Regular users usually end up suffering from a depressive process and, in serious cases, they may suffer from psychotic disorders (such as schizophrenia or paranoid disorder) and depersonalization.

The Tucibi is also in Spain

The consumption of Tucibi is also a reality in Spain. On June 18, 2016, the Spanish police arrested nine people on charges of illegal trafficking of this substance , after a raid on a clandestine laboratory located in Madrid.

Eight of the nine detainees are Colombian citizens, according to police authorities. In addition to the Tucibi, agents found a large amount of cocaine, methamphetamine and ketamine in their searches of two apartments and the detainees’ clandestine laboratory.