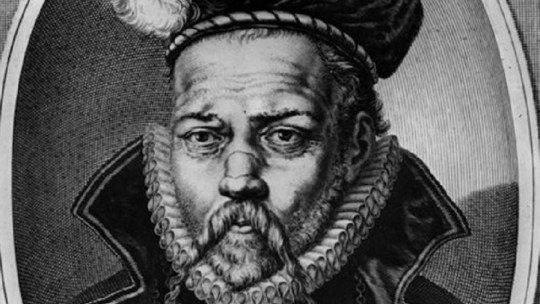 Human beings have always looked at the sky and the stars with veneration and respect. An indecipherable mystery for most people during much of history, the heavenly bodies have been the object of worship, the origin of myths and various mystical and religious beliefs. And since ancient times, humanity has tried to explain what lies beyond and how the cosmos works .

One of the most influential and important figures throughout history was Copernicus, who proposed that the heliocentric theory Another, perhaps somewhat less well-known, is Tycho Brahe.

This man is considered one of the most relevant astronomers in history, born at a time when neither telescopes nor precise mechanisms to observe the behavior of the stars existed yet. Knowing his history is important to understand the importance of his discoveries, and that is why throughout this article we will see a short biography of Tycho Brahe .

Tyge Ottesen Brahe, better known as Tycho Brahe (latinization of his name), was born on December 14, 1546 at Knudstrup Castle, a property built by his father and located in a Scania at that time Danish. He was the firstborn (born with a twin but died early) of the royal advisor Otte Brahe and Beate Clausdatter Bille, both members of the Danish nobility and aristocracy and with great power.

Young Tycho, however, was not raised by them but by his uncle Joergen Brahe, who had no offspring. Initially he was abducted by his uncle, but his parents decided to allow him to stay and raise the child. Joergen Brahe gave him great support throughout his life and decided to educate him in the best possible way, helping to train him in areas such as knowledge of Latin.

When he turned thirteen in 1559 his uncle decided to send him to the University of Copenhagen to study philosophy and rhetoric , with the purpose of having a life as a nobleman in the service of the crown.

One year after his arrival at the University, something happened that would greatly influence the destiny of young Tycho Brahe: he was able to observe a solar eclipse. From then on, Brahe’s main objective was to study astronomy, incorporating mathematical and astronomical subjects into his studies.

After finishing his studies at this university, he decided to continue his education at the University of Leipzig in 1562 in order to study law, while his fascination and studies about the stars and astronomy continued to grow. During his training in this area he had a dispute with another student, which resulted in a duel in which he lost a large part of his nose. Also he was able to observe that the forecasts of the time at an astronomical level had a great deal of error .

The same year he lost his nose, 1565, the conflict situation during the Seven Years’ War was such that his uncle Joergen made him return to Copenhagen for safety. He would die soon after, leaving his inheritance to his nephew. With this inheritance he continued his education in astronomy and medicine at the universities of Wittenberg and Rostock.

Little by little the young Tycho gained a certain popularity, something that did not go unnoticed by the king and led to his being offered a position in the cathedral of Roskilde . His father died in 1571, after which he lived with another of his uncles.

A star in the sky

One day, in 1572, a star that had never been observed before appeared in the sky: the constellation of Cassiopeia . This star, actually a nova, was of great interest to the author and he spent about a year making various observations. In them he could see that no parallax existed wherever he looked (i.e. there was no difference in its apparent position). The appearance of this star led the author to make one of what would be considered one of the greatest contributions: the contradiction of the idea that fixed stars were immutable, which had been in force until then.

In 1573 he published his first work, in which he would reflect his observations: “De nova stella”. This work would make her very popular. Also during that year she had a relationship with a woman of peasant origin named Kirstine, with whom she was united despite the opposition of her family and with whom she would have children.

The Island of Hven and Uraniborg

Tycho Brahe enjoyed the sympathies of King Frederick II, who gave him ownership of the island of Hveen in 1576. There, the astronomer built the largest and most developed observatory of the time , which he called the city of heaven or Uraniborg. He would spend two decades at this observatory making astonishingly precise (remember that the telescope had not yet been invented) and numerous measurements and observations of the stars.

Among the observations he made, he could see how the movement of the stars was not perfectly circular but traced an ellipse. In particular, from the analysis of the behaviour of comets. This observation and a later one during 1588 led him to another great new discovery for the time that contradicted pre-existing beliefs: proved that comets were not in the atmosphere of our planet but outside it .

On the other hand, and largely because of the difficulty in accurately measuring the movement of the stars, Brahe concluded that Copernicus’ ideas were incorrect, since if the heliocentric theory is true, human beings should be able to perceive the parallax of the stars (something that has subsequently been shown to occur).

In 1588, King Frederick II died, causing Tycho Brahe to lose his claim to the island of Hven and the pension he received from the monarch. That is why during 1597 he decided to leave Denmark. In 1599 he was welcomed to Prague by King Rudolf II , who made him the imperial mathematician and offered him a castle as an observatory and a considerable sum of money as a fee. He would also come into contact with his disciple and also relevant author Johannes Kepler.

A year later, Brahe and Kepler met for a collaboration, which was initially full of disagreements but ended with Kepler as the astronomer’s assistant and was highly fruitful. However, in 1601 Brahe became seriously ill . Death came to Brahe on October 24, 1601, in the city of Prague, due to a kidney failure that ended his life. Previously he asked his assistant to finish his work.

The legacy of this important astronomer is enormous, since thanks to him the behavior of the cosmos began to be investigated in greater depth and some beliefs that existed since antiquity could be contrasted. Not in vain he is considered one of the most important astronomers in the world, and was a source of inspiration for other great ones like his disciple Kepler.