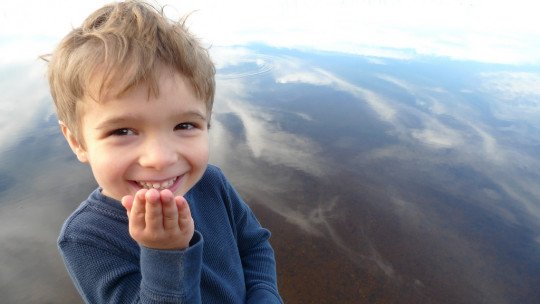 We’ve all heard of ADHD. Attention Deficit Hyperactivity Disorder is a psychological disorder that seems to be in vogue lately: more and more children go from “being nervous” to being diagnosed with this psychopathology.

Many professionals have raised their voices and warned that perhaps we are abusing this diagnosis too much, but the aim of this article is not to question this issue, but simply to define ADHD and to detail the criteria for its detection . We will also emphasize and to explain the two types of ADHD . What is Attention Deficit Hyperactivity Disorder?

The acronym ADHD stands for Attention Deficit Hyperactivity Disorder . It is characterised by severe hyperactivity, impulsivity and inattention, and is a type of psychological disorder that appears during childhood.

It is usually associated with other disorders such as oppositional defiant disorder, conduct disorder or reading difficulty, and is usually accompanied and detected by difficulties in school performance or conflicts in the family environment or with friends.

Studies of families, adoptions and twins seem to corroborate the importance of the genetic factor in this disorder.

Types of ADHD and their characteristics

There are two types of ADHD:

Below are the symptoms associated with each of these subtypes, but keep in mind that to diagnose ADHD, these symptoms must persist for at least 6 months with a disadaptive intensity and inconsistent with the level of development, and that at least six of the following symptoms described in the DSM-5 diagnostic manual must be present.

This type of ADHD is characterized by intense symptoms linked to problems in managing attention, which affect both academic performance and social interactions.

This type of Attention Deficit Hyperactivity Disorder has its focus on poorly regulated behavior, which is erratic and where breaks are rare.

Currently there is no known single cause that explains the appearance of ADHD , although it has been proven that certain events that occur throughout the development of the body lead to the emergence of this disorder, and it is also known that there are genetic predispositions. For example, tobacco use by pregnant women has an impact on the fetus, increasing the likelihood of developing one of the types of ADHD.

Therapies and treatments for children and adults with ADHD

To conclude, it should be noted that there are currently many effective treatments to minimize the impact of ADHD on the life of the child, adolescent or adult, and not all of them involve medication. For example, cognitive and behavioral therapies, training for parents and in social skills, psychoeducational re-education, are good alternatives.

One of the (few) advantages of Attention Deficit Hyperactivity Disorder being “in” is that studies are continually being carried out to improve treatments and professionals can act very efficiently, both in its detection and in its treatment.

Likewise, it would be good if we did not forget that children, as children they are, are nervous and this is a normal behavior that should not worry us . It will only be a reason for special attention if the diagnostic criteria we have mentioned are met, when it will be necessary to go to a professional for guidance.

It is also important to emphasize that treatments that do not involve medication have been shown to be equally or more effective in treating ADHD and therefore we should follow the instructions of the mental health professional. A comprehensive approach to this type of child behavior disorder can be much more useful than approaches that prioritize direct intervention and administration of psychotropic drugs.