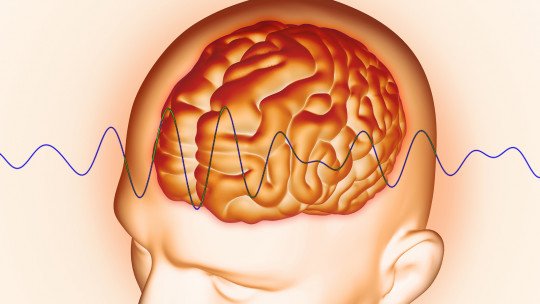 The electrical activity of the neurons that populate the human brain is part of the basis of all thoughts, feelings and acts that we perform. That’s why it’s so difficult to understand what neurons do in every moment; everything that makes up our mental life consists of that inexplicable leap that goes from the frequency with which neurons send electrical impulses to the transformation of this simple thing into mental processes in all their complexity.

In other words, there is something in the way these nerve cells coordinate with each other that causes sensations, thoughts, memories to appear , etc.

Of course, it is still far from being understood in a detailed way what kind of electrical signals in one part of the brain produce such a thought in a specific person and at a specific time, but there is something that is known about the functioning of the organ of the mind; depends on something known as neural oscillatory activity , that is, frequencies of firing electrical impulses that generate what is known as the different types of brain waves .

The concept of oscillation in the activity of neurons refers to the different rhythms and frequencies that express electrical activity in the central nervous system. This idea is very broad, and is applied both to what an individual neuron does and to a group of neurons working in a network .

For example, the oscillation can refer to the degree of electrical activation of a single neuron over time, measuring the rate at which the appearance of a nerve impulse becomes more likely according to the degree of depolarisation; but it can also be used to refer to the frequency at which several neurons in a group send out signals almost simultaneously .

In any case, in all cases these oscillations in electrical activity can be represented by waves through encephalography, in a similar way to that in which the heartbeat is measured through the electrocardiogram.

As we have seen, the activity of the brain’s neurons is not absolutely chaotic, but follows a very complex logic in which it can be noticed how different neurons fire electrical signals almost at the same time in a continuous way.

This frequency constituted by the activity of several neurons forms what is known as brain waves , activation patterns that, unlike what occurs with the activation frequency of a single neuron, are powerful and clear enough to be recorded by placing sensors outside the scalp (through encephalography, one of the most widely used technologies in research on the nervous system).

In turn, brain waves can be classified into different types according to their frequency , that is, the time that passes between the moments when many neurons fire electrical signals at the same time.

Delta waves have the highest wavelength , which means that their frequency is very low. They are characteristic of the deep sleep phase, which is the one we rarely dream about. However, the fact that they represent the activation patterns of this phase of deep sleep does not mean that the brain is relatively off. Although it is in a state of rest, it is not activated, but it is busy with processes that do not depend on being in a state of consciousness.

After the Delta waves, the Theta waves are the ones with the largest wavelengths. You are associated with states of deep calm , relaxation and immersion in memories and fantasies, and also with the stage of REM sleep, which is the one we dream about. Therefore, when these waves appear it is estimated that there is consciousness or that it is very likely that there is, although it is a consciousness disconnected from what is happening around us and focused on imaginary experiences.

Alpha is a type of brain wave that has a higher frequency than theta, although it is still related to states of relaxation. For example, can appear during walks in a park, when lying on a beach or watching television . Thus, they are not typical of the state of sleep, but of deep calm, an intermediate step.

In the Beta waves the neural activity is intense. They are related to actions that require remaining in a certain state of alert and agile attention management , such as a speech before a wide audience, the process of answering an exam question, etc.

Therefore, this type of brain waves is linked to an agile handling of the focus of attention, depending on the objectives, and with the concern for what is happening in the present, normally around us, since it is necessary to react quickly to possible unforeseen events.

These are the type of brain waves with the highest frequency and lowest amplitude. They appear in waking states and it is believed that their presence is related to the appearance of consciousness , to the amplification of the attentional focus and to the management of memory.