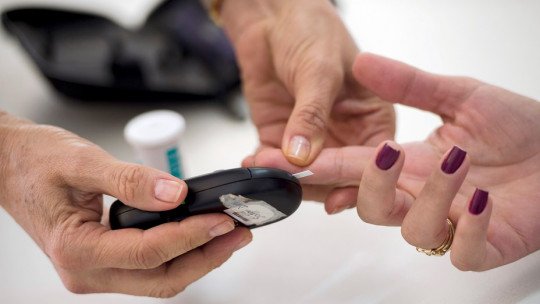 There are disorders that generate great concern because of their great impact on the population. A clear example is diabetes mellitus . This group of metabolic disorders have in common that they cause an increase in blood glucose (hyperglycaemia).

Diabetes has a high global prevalence. By 2015, approximately 400 million cases had been diagnosed worldwide . These data are alarming, especially if predictions indicate that this value will increase, especially for one type of diabetes: type II.

Mankind has suffered from this chronic disease since ancient times. There is evidence that cases were recognized as early as 1500 B.C. in ancient Egypt.

It was not until a few years later that the Ancient Greek physician, Areteo of Cappadocia, gave this disorder a name, which has remained to this day.

“Diabetes” is Greek for “runs through” , as it refers to one of the most striking symptoms of the condition, low fluid retention.

There are different types of diabetes, many of them minor cases, but they all have in common that cause hyperglycemia and the problems that derive from it : nervous, cardiovascular and renal complications.

We can mainly divide it into four groups: type I diabetes, type II diabetes, gestational diabetes and other types. In this last group the MODY syndrome stands out, although diabetes originating indirectly, for example from an infection in the pancreas or induced by treatment with drugs, is also found.

Formerly called “insulin-dependent diabetes” or “childhood diabetes”, it accounts for about 5% of diagnosed cases.

Type I diabetes is characterized by the absence of the hormone insulin , which stimulates the uptake of glucose into the blood by the cells. This disappearance is due to the destruction of the cells β of the islets of Langerhans in the pancreas, where the hormone is produced, by the immune system.

This disorder usually develops in children or adolescents , although there are cases of the disease appearing in adult stages, which are known as LADA (“Latent Autoimmune Disease in the Adult”).

The risk of suffering DM1 is somewhat complex, since it is a combination of a genetic predisposition along with the interaction of certain environmental factors that trigger the problem (infection or diet). This makes it difficult to prevent the disease.

The symptoms that indicate this alteration of the metabolism are frequent urination, unusual thirst, continuous hunger, weight loss, irritability and tiredness. They appear suddenly and their only treatment is the lifelong administration of insulin to the patient, in addition to a rigorous control of the glycemic level, since there is an easy tendency to ketone coma.

Previously known as “non-insulin-dependent diabetes”, it is the most widespread type of diabetes, with between 85% and 90% of cases being diagnosed. Hyperglycaemia is caused by the body’s resistance to insulin or a deficiency in insulin secretion, but never by an autoimmune attack.

The main risk factors are related to lifestyle , such as lack of exercise, overweight, obesity or stress. As this is a complex disease, there are other relevant factors such as genetics or alterations in the intestinal flora itself. It is a chronic disease that usually appears in adulthood (over 40 years), although cases are beginning to be seen in young people.

The symptoms are very similar to type I diabetes but to a lesser extent, as it is a sequential and not sudden process. The biggest problem is that it is diagnosed once it takes a while for the condition to develop.

The initial treatments usually consist of exercise plans and diets, since if it is not very developed it is possible to reverse the effects. In more severe cases, therapy with antidiabetic drugs is necessary. These drugs reduce blood glucose, even though insulin injections are eventually needed.

It is a form of pre-diabetes that can appear during the second or third trimester of pregnancy . It is detected as a hyperglycemia in mothers who before pregnancy were not diagnosed with any other type of diabetes.

One of the possible causes of this disorder is that the hormones that are produced during pregnancy interfere with the functionality of insulin. During the first trimester of pregnancy, blood glucose levels can be monitored to rule out GDM.

Some risk factors are having had previous GDM in another pregnancy, having had several miscarriages, or having a family history of diabetes.

More than the symptoms, the biggest problem is the consequences of this increase in glucose which, although they do not reach the values established for diagnosing diabetes, are higher than normal.

Gestational diabetes can trigger problems in childbirth due to macrosomia (excessive growth of the baby) as well as increase the predisposition of both the child and the mother to suffer from the disease. The usual treatment is a control of the lifestyle, that is, exercise and diet.

4. MODY syndrome and other types

The last group is a tailor’s drawer where all types of diabetes are grouped together with a much lower incidence, such as type 3.

Despite this, one can be highlighted for its incidence, between 2% to 5% of the diagnoses: it is the MODY syndrome.

Also called monogenic diabetes, the acronym stands for “Maturity Onset Diabetes of the Young” , because it resembles a DM2 but develops in non-obese adolescents. Unlike the others, this disorder is monogenic (caused by a single gene) and not a complex disease. The greatest risk is having a family history of this type of disorder.

So far, up to 6 different genes have been found that can develop the syndrome. All of them have in common that, when mutated, the cells β do not synthesize or release insulin correctly, generating diabetes. It is first treated with oral antidiabetic drugs , although in the long run it ends up injecting insulin as in DM2.