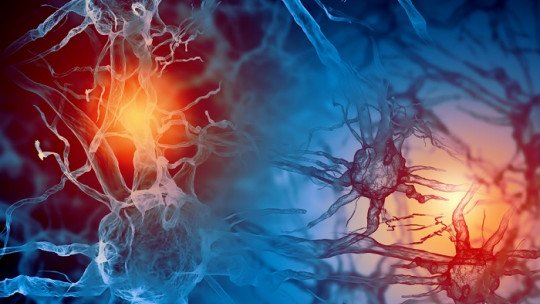 Hormones are molecules of different nature that are produced in the secretory or endocrine glands . Working together with the nervous system, they are responsible for making us act, feel and think as we do.

The different types of hormones are either released into the blood vessels or the interstitial space where they circulate on their own (bioavailable), or they are associated with certain proteins until they reach the target organs or tissues (or target) where they act. Hormones are part of the group of chemical messengers, which also includes neurotransmitters such as dopamine, serotonin or GABA.

The most important functions of hormones

The functions of hormones are varied, but whether a hormone comes from a plant, invertebrate or vertebrate animal, it is responsible for regulating several important functions. Now… why are hormones so important?

One of the functions they perform is to ensure proper growth. In humans, the pituitary gland is responsible for secreting growth hormones during childhood and adolescence. In invertebrate animals, such as insects, growth hormone is involved in the moulting or renewal of the integuments (body coverings), i.e. the shedding of the outer layer. In the case of plants, several hormones are responsible for the proper growth of roots, leaves and flowers.

In addition to this very important function, the functions of hormones include : Coordinating with the brain

Another fact that we must take into account is that some biological processes are less costly if, instead of creating a constant electrical firing stream by the neurons to activate certain regions of the body, we simply emit types of hormones and let them be carried by the blood until they reach their destination. In this way we achieve an effect that lasts for several minutes while our nervous system can take care of other things.

In that sense, the hormones work by coordinating with the brain to activate and deactivate parts of the body to ensure that we adapt to the circumstances in real time. However, the effects of the release of these hormones take a little longer to be noticed than those caused by the neurons.

However, there are different classifications of hormones .

What are these classifications and according to what criteria are they established? We explain them below.

Depending on whether they have an effect on the same cells that synthesized it or on adjacent cells, the hormones can be

2. According to its chemical composition

According to their chemical composition, there are four types of hormones

3. According to their nature

Depending on this class of substances produced by the body through its nature, there are the following types of hormones:

4. According to its solubility in the aqueous medium

There are two types of hormones according to their solubility in the aqueous medium:

Hormones are produced in the endocrine glands throughout the body. In many ways, our nervous system needs the collaboration of other parts of the body to make the processes that take place within the body coordinated and to maintain a certain balance.

To achieve this level of coordination, our brain regulates the release of various types of hormones responsible for performing different functions. In addition, these types of substances vary according to the type of gland that secretes them, and their location.

The main endocrine glands are: