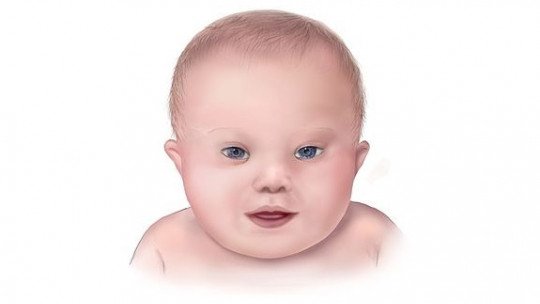 This type of disability generally causes severe difficulties in adapting to the environment, unless they are given a sufficient level of support. But the intellectual disability is not unique and homogeneous in all the people that suffer it, but we can find different types or degrees according to the degree of functional affectation and level of Intellectual Quotient .

Intelligence is a construct that refers to the individual’s capacity to be able to adapt to the environment and to resolve the situations he or she encounters. Regardless of how it is seen within the multiple theories on this matter, different people will have their mental capacities organised differently and will be affected by diverse reasons and variables. Each one of us has a specific and distinctive degree of ability or capacity in different areas and skills, including the ability to solve problems and adapt to the environment.

In order to assess the level of intelligence of the population , the level of Intellectual Quotient has traditionally been used, understood as the relationship between the mental age and the chronological age of the individual to be assessed. Bearing in mind that there is great variability in the scores reflected by the population as a whole, it is necessary to take into account that a certain dispersion of scores around the average is always to be expected. This expected dispersion is conceptualized as a standard deviation.

Intellectual disability is understood as a condition in which people who suffer from it have severe limitations and deficiencies in intellectual functioning, having problems in reasoning, planning, problem solving or learning.

In addition, these persons present deficiencies in the adaptation to the environment, needing help in one or more dimensions of human functioning so that their daily life is not limited in their personal autonomy and social participation . It is catalogued as a neurodevelopmental disorder, and it is necessary that these difficulties be observed during development.

However, this is not a totally homogeneous category, and that is why different types of intellectual disabilities have been established according to the degree to which they are different from the average.

Cognitive skills are important in order to respond efficiently to the demands of the environment. Thus, people who have a reduced capacity in these types of skills will find it difficult to cope with situations that arise throughout their lives.

Depending on the level of difficulty that these people encounter in their daily lives and the level of IQ reflected by the intelligence test, the existence of various groups, types or degrees of intellectual disability has been considered .

However, it should be borne in mind that the degree of IQ is not an absolute measure, but a relative one; it always depends on a reference group, since the IQ indicates the position of the person in the distribution of scores obtained. Therefore, by changing the reference group a score can be within the normal range of intelligence or in what is considered to be intellectual disability. IQ indicates individual differences between people, but there are other tools and methods for accurately measuring a person’s true cognitive abilities.

People with this degree of intellectual disability have mainly a delay in the cognitive field and a slight affectation in the sensorimotor . Learning abilities are slightly delayed, but they can remain in the education system, train and exercise a professional activity adequately. They are able to read, write and do calculations, although they usually require a longer learning period than others. In fact, they may not differ greatly from their peers during preschool.

Some problems can be observed in memory, executive functions and abstract thinking. Their communication and social skills may be good, although they often show some difficulty in detecting social cues and regulating their emotions and behavior. They are mostly autonomous people, needing social guidance in specific situations, and help in legal, economic or parenting issues. Although they need support, their adaptation to the environment is usually satisfactory.

At this level of intellectual disability, the difficulties are greater. At the educational level, they can usually benefit from specific job training, usually for low-skilled and supervised work. They can have autonomy in self-care and travel .

The conceptual abilities of these subjects develop very slowly, there being a great difference with respect to the group of equals. They often need help when the tasks to be carried out require processing complex concepts. Their communication is socially efficient, although not very complex. The subject is able to establish relationships with the environment and make new connections with people outside the family.

While they may have trouble following social conventions, they are generally well adapted to community life, especially with supervision. The individual can take responsibility for their own decisions and participate in social life, albeit with assistance and a long learning period.

People with a moderate degree of intellectual disability usually reflect an IQ of between 35-50 .

With an IQ of between 20 and 35 , the problems for people with this level of disability are generally of great importance, requiring aids and continuous supervision. Many of them present damage on a neurological level .

At a conceptual level, the abilities of people with this degree of intellectual disability are reduced, having little understanding of reading and numerical concepts. Communicatively language is possible but limited, focusing on the present and frequently employing holophrases or single words. They understand simple oral and gestural communication, the relationship with loved ones being a source of joy.

In day-to-day activities these subjects always need to be supervised and cared for, depending on aids and guardians. They can learn to speak and perform simple tasks. Their adaptation to the community can be good unless they have some other associated disability. Acquiring skills is possible, needing constant help and a long learning process . Some of them are self-injurers. On a legal level they are considered incapable of making their own decisions.

The highest degree of intellectual disability and also the most infrequent, people with this level of disability have an IQ below 20. They need to be cared for constantly, having very few options unless they enjoy a very high level of assistance and supervision. Their survival rate is generally low.

Most of them have great difficulties and other serious disabilities, as well as major neurological problems. On a conceptual level, these persons use mainly physical concepts, suffering serious difficulties in using symbolic processes . The use of objects for self-care, work or leisure is possible, but it is frequent that other alterations prevent them from being used functionally. At a sensorimotor level they are very limited, as well as at a communicative level.

In the communicative and social field they can understand instructions and gestures, but they have to be simple and direct. Emotional expression occurs mainly through direct non-verbal communication, without symbolism. They enjoy relationships with people they know. On a practical level, the subject will have dependence for most activities , although they can help in some activities, enabling them to participate in the daily life of the home and society.

The need for support

As a conclusion to this article, it is relevant to mention that a person is only disabled to the extent that they do not have the tools to adapt to the environment , due to their difficulties and the lack of support to help them solve them. In this sense, intellectual disability is not an exception. We cannot just point out that someone has an intellectual disability and limit the problem to the individual; society has a lot to say in changing the living conditions of these people in vulnerable situations.

Work must be done from the different disciplines (psychology, judicial, legislative, education and social assistance, among others) so that these people and the people who care for them can participate actively in the social life of the community, establishing bridges between the capabilities of each individual and what society can offer and demand through the provision of specific and functional aids.