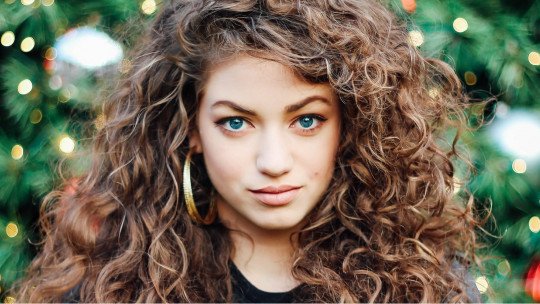 There are many myths about introverted people. This is, among other things, because in Western countries introversion is seen as worse than its opposite, extraversion, and that is why it is not spoken about openly and honestly. In other words, those who claim to be introverted are relatively few in number.

Thus, truly introverted people may not be recognized as such, or in some cases they may be taken for shy people. Ignorance of this issue leads to many prejudices about this group of people and their preferences and views are misunderstood. And, if we add to this that it is possible to distinguish between types of introverted people , things become even more complicated.

Although introversion is usually associated with shyness, they are not exactly the same.
Shyness is based on fear and on anticipatory anxiety, and what produces this fear is the possibility of being in the spotlight of someone relevant, or of a group of people. However, introversion is not based on fear, nor are its effects restricted to personal relationships.

In reality, introverted people are characterized by being almost always focused on their inner world , that is, on their hallucinations, their memories and their fantasies.
This tendency to base psychological activity on solitary activities or activities that can be carried out in the absence of other people has caused confusion between this type of person and the shy ones to arise almost irremediably.

However, it should be stressed that introversion is only a concept to label a certain pattern of behaviour, and does not point to its causes. For example, one can be introverted because one has loved the habit of fantasizing and reflecting from the beginning, or one can reach this state because of shyness and social isolation, since there is no other alternative than to withdraw into oneself.

To add richness to the debate about what introversion really is, psychologist Jonathan Cheek proposed a classification model of types of introverted people to be able to distinguish between various typologies. They are the following.

The mental introvert is characterized by a great capacity to spin his thoughts among themselves, jumping from one subject to another with great fluidity. If we could visualize his mind, this would be a very extensive space full of all kinds of elements and details with which it is possible to get creative.

Thus, this type of introverted person has a predisposition to spend time absorbed in his thoughts , since he has a mental universe in which it is possible to imagine anything.

The social introvert is mainly so, either because of a great hostility from others or because of a feeling of insecurity for oneself. In any case the result is the same: a certain degree of social isolation, defence of a relatively large living space (the space around us that should be without anyone else for us to feel comfortable in many contexts.

Thus, this is one of the types of introverted people in whom loneliness (social status) is really what is sought and not the possibility of reflecting on creating fantasies.

The reserved introvert is characterized by being cold and distant not because he has a rich mental world nor because he feels violated in social relations. In this case, introversion arrives as a need to adopt a distant and analytical position before certain situations.

This is the type of introversion that can cause more frequencies more easily. Why? Because it’s linked to stress and anxiety issues. In this case, these are individuals who, out of fear of what might happen if they come into contact with many other people, decide to isolate themselves and leave the house a little .

On the other hand, the social circle of this type of person tends to be made up of very good friends. However, in front of other people, attempts to avoid dialogue or interaction make the person seen as very unskilled socially, so the fear of giving an image ends up creating it, in the style of self-fulfilling prophecy.