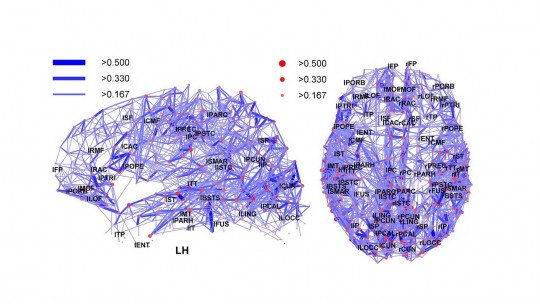 When we think of neurological disorders such as epilepsy, the first image that comes to most people’s minds is that of a person suffering from seizures, sharp and violent contractions all over their body that make them shake in a hospital bed or on the floor.

Indeed, seizures are one of the most visible and important symptoms of epilepsy (in fact its diagnosis is made among other things if the subject has had several seizures). But not all seizures are the same, nor do they occur only in epilepsy. In this article we will visualize the different types of seizures.

The Seizure: A Brief Definition of the Term

Convulsions are understood as those spasmodic movements of the voluntary skeletal muscles that occur in a sudden, rhythmic, repetitive and totally involuntary way, with violent contractions of one or several muscle groups.

Seizures are a symptom of the existence of a brain problem that can have various origins . They are usually short in duration (usually up to two minutes), although longer episodes can be dangerous and are treated as an emergency. Their main cause is the existence of electrochemical imbalances in the brain, or a hyperexcitability of specific neuronal groups.

As noted above, not all seizures are the same. Different types may be established depending on the area(s) of the brain affected, the level of muscle contraction, or the causes of the seizure.

1. Classification according to affected brain areas

Depending on whether the seizures are due to alteration in a specific brain area or at a general level , we can consider the existence of two main groups of seizures.

These are seizures due to the alteration of one or more well-defined regions of the brain. The affected area will mark the type of symptoms that will be experienced. A motor seizure occurs in a specific part of the body, or even in a hemicorpe (i.e., one side of the body).

They can be simple or complex, depending on whether alterations of consciousness are produced (the latter being complex). There may be sensory alterations and perseveration of actions and gestures , and they may even serve as a warning of the arrival of future generalized crises. It is also frequent that a focal crisis becomes generalized, first activating some brain areas and then expanding to the rest of the brain, these crises being called secondary generalized crises.

Generalized convulsions are those in which all or a large part of the brain is involved, with electrical disturbances appearing in both hemispheres. They usually cause loss of consciousness and tonic-clonic convulsions. They occur suddenly, although they may be preceded by an aura, and cause the patient to fall. It is common for there to be loss of sphincter control, tongue bites and even twisting and injuries to muscle groups.

According to the level of muscle contraction

Another classification could be made depending on the level of intensity or the characteristics of the seizure itself. Among them, the following stand out.

This is a type of seizure in which there is a powerful muscular contraction of one of the muscles or one or more muscle groups. There is a high level of stiffness in the affected muscle or muscles.

Clonic seizures are those that occur repeatedly every two or three seconds, of short intensity and power.

Like clones, these are small muscle spasms of minimal duration, but result in the involuntary movement of a body part.

Tonic-clonic seizures are one of the most prototypical seizure types, with both tonic and clonic seizures occurring at the same time. This is the type of seizure that is part of the grand mal seizure.

In this type of crisis, there are no real convulsions, but rather the sudden disappearance of muscle tone. Sometimes this disappearance is preceded by a powerful muscular spasm.

Depending on the cause of the seizures

Seizures can be caused by many different things . It is important not to identify seizures with epilepsy because, although they are very common in this disorder, seizures can also occur from other conditions. Some types are as follows.

Epilepsy is one of the major disorders that are linked to the presence of seizures.

The presence of fevers higher than 39 degrees may cause convulsive episodes without previous neurological alterations to explain them. They may be simple if they are not repeated and last less than fifteen minutes, or complex if there is a recurrence of the episode in the first twenty-four hours (in which case they may also be called cluster or atypical seizures).

The presence of alterations in the liver or kidneys can also generate the beginning of convulsive episodes.

Both some medications and certain drugs can cause seizures, both as a side effect and during overdose, or during withdrawal syndromes.

Seizures don’t just happen for medical reasons. Certain psychological disorders such as somatomorphic disorders cause the subject to suffer from them. These types of seizures have the peculiarity that they usually occur only in the presence of others and do not generate alterations in an electroencephalogram (although they are not fictitious symptoms, but psychologically generated).

3.6. Seizures due to anxiety

In some situations of very high anxiety it is possible that motor and somatic alterations arise, and convulsions may occur.