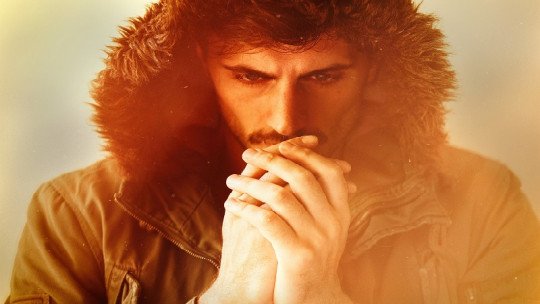 Racism and sexism are often spoken about as a form of discrimination and these phenomena receive a lot of media coverage.

However, a very common and socially accepted type of discrimination is discrimination on the basis of physical appearance , known as “aspectism”. Unattractive people suffer a series of discriminatory consequences that we will review in this article.

Discrimination on the basis of physical appearance and its consequences

Discrimination on the basis of physical appearance or appearance is a widespread phenomenon today . In a culture that rewards physical beauty, ugliness is punished in different areas of people’s lives: interpersonal relationships, work, in social events…

Some experts, such as the American psychologist David Marks, agree that “ugly people suffer from aspectism ( lookism ), that is, discrimination on the basis of physical appearance, which occurs more often than the racism or sexism that is talked about a lot today and which is socially very much in evidence”. Aspectism goes unnoticed and it does not seem that things will improve , since there is neither interest nor social awareness to solve it. Discriminatory attitudes towards the ugly

Some time ago, Juan Antonio Herrero Brasas, professor of Ethics and Public Policy at California State University (USA), who usually teaches in some American multinationals, told the newspaper El Mundo that: “when I go to give talks for executives in these large companies, all the attendees have an impressive physical appearance. There are almost no individuals who can be classified as ugly”.

So. are the less attractive individuals discriminated against? What discriminatory attitudes do they suffer from? In the following lines you can find a list of discriminatory consequences suffered by ugly people.

1. are more likely to suffer from bullying and mobbing

It is common to hear news about the bullying that some children or teenagers may experience at school or high school (bullying) or some employees in the workplace (mobbing). This bullying does not have to be physical, but is usually psychological.

A well known case of cyberbullying for this reason is that of Lynelle Cantwell , a Canadian teenager who was chosen as the ugliest girl in high school by a group of anonymous profiles that spread this fact through social networks. Luckily, Lynelle did not remain silent and has appeared in various media to expose what happened, with the mission of making everyone aware of this harsh reality that many children who are not exactly graceful in terms of physical appearance suffer.

But this phenomenon is not only exclusive to the youngest, but adults also discriminate and harass because of the physical aspect. According to a study conducted by a group of researchers from Michigan State University and the University of Notre Dame (USA), which was published in the journal Human Performance , ugly people are more likely to be harassed in the workplace. The subjects of the study were 114 employees of a health center located in the southern United States.

2. Earn less money than the handsome ones

Some scientists also claim that the ugly ones make less money than the beautiful ones.

The University of California conducted a study that was published in the Journal of Economic Psychology , and the results show that less attractive people earn on average 12% less than handsome individuals . As the group of scientists explains: “these conclusions are applicable in different societies and in different workplaces”.

But it is not only when it comes to pay that people are less attractive, they also have fewer opportunities to work. This concludes a 2010 study conducted by Ze’ev Shtudiner and Bradley J. Ruffle of Ariel University in Israel and the University of Ontario in Canada. According to the results, a normal person has to send twice as many resumes as attractive people to get a job.

Likewise, a study by Sergio Urzúa and Florencia Bóo Martín carried out in 2011 concluded that the handsome ones, compared to the ugly ones, receive 36% more responses from the companies where they apply for jobs .

4. They are seen as conversationalists, not objects of desire

The ugly ones are victims of a series of stereotypes. An example of this is the great impact that the agency “Ugly Models” has had by not hiring attractive models but ugly ones.

Hollywood probably has something to do with this fact, but the truth is that ugly people are seen more as talkers than as objects of desire . In relationships with other sexes, they are often relegated to the role of friends, so they are less likely to achieve anything more.

5. And they have fewer opportunities to flirt

Therefore, this causes ugly people to be less accepted by others in terms of relationships and, consequently, to bind less. In fact, causes quite an impact when someone sees an ugly person with an attractive person . On these occasions, it is often thought that there must be an economic interest behind it. As if ugly people do not have qualities to make others fall in love with them.

Actually, the ugly ones have a number of seductive weapons and qualities that can be highly valued by other people. If you want to know what they are, you can read our article: “Why do ugly people flirt? 7 keys to understanding it”

It also looks weird when an ugly one is popular. Generally, ugly people are not the popular people in high school or the “cool” people at parties.

Ugly people are often left in the background and are often rejected by people who do not take even two minutes to find out how much they are hiding inside. Being handsome opens many doors, being ugly closes them .

7. They are less remembered

Beautiful people are remembered more than ugly people. This is what is shown by research led by Michael Baker, from the American University of East Carolina, which was published in the scientific journal Evolutionary Psychology .

According to the conclusions, looking at attractive people’s faces can be pleasant for the human organism and improve memory, so ugly people are less remembered than beautiful ones. Not only that, but the same research found that beautiful people increase the motivation and concentration of the people they interact with.

Many studies show that beautiful people receive more help than ugly people. For example, research that was published in Frontiers in Neuroscience showed that men are willing to accept unhelpful treatment if a beautiful woman asks them to.

There are also many social experiments that have been carried out in recent years that show this reality. Below you can view two videos that illustrate how men treat beautiful women and how they treat ugly women:

As you can see, the attractive woman was accompanied to the place she intended to go and was even invited to lunch. And in the case of the ugly women, what is the reaction of the people? Well, the opposite happens. Here you can see it: