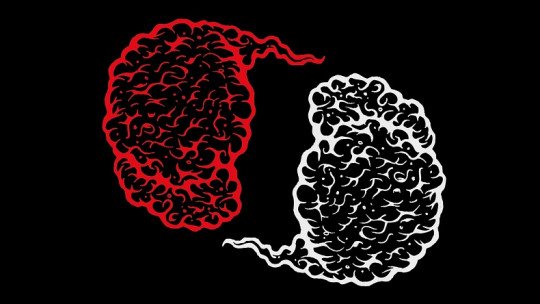 Attention-deficit hyperactivity disorder or ADHD is one of the neurodevelopmental disorders best known to most people. Often overdiagnosed, this disorder can lead to different types of difficulties that limit the child’s normative functioning in areas such as academia or even social interaction.

Although the symptoms present in this disorder have sometimes been considered to correspond with a delay in the maturative development of certain brain areas, recent research has detected the presence of features in the brain of people with ADHD , which may help understand the causes of this phenomenon.

Let’s start with the basics: what is ADHD? It is a neurodevelopmental disorder characterized by the presence of symptoms linked to attention deficit and possible hyperactivity and impulsivity . These symptoms are persistent, and last for a period of more than six months. Moreover, they do not correspond to the level of development of the subject or to the experience of traumatic situations that may cause such symptoms.

At the diagnostic level, at least six symptoms of inattention are required, such as neglect of details, difficulty in paying attention, difficulty in completing tasks or following instructions or forgetfulness, repeated loss of objects, forgetfulness, or being easily distracted even while performing a task.

In order for hyperactivity to be considered, a minimum number of symptoms must also appear such as motor restlessness, inability to remain still , disrespect for turns of speech or action, interruption of other people’s activities or logorrhoea. Impulsivity and the presence of difficulties in controlling one’s emotions are also highly frequent. It is important to bear in mind that this disorder can present itself both with and without hyperactivity (in this case we would be dealing with attention deficit disorder or ADD).

ADHD or ADD is a problem that requires treatment and that although usually diagnosed in children, is present in both children and adults (approximately two thirds of patients will still have symptoms in adulthood). Some of the symptoms may disappear as the subject grows and his brain finishes developing or learns mechanisms to avoid or replace his difficulties.

ADHD is a complex disorder that has received different considerations regarding its causes. Some of them link it to the existence of brain disorders, and in fact a pattern of slower brain development has been observed in certain areas of the brain in those diagnosed.

Specifically, the evidence that has been considered in recent years points to a comparatively lower than expected frontal lobe maturation rate given the age of the child. This corresponds to the presence of alterations in executive functions and difficulties in inhibiting behaviour, attention or focusing attention. This also explains why some of the symptoms may diminish with age.

Likewise, it has been observed that there is a problem in the arousal or cortical activation level in subjects with ADHD, which generates difficulties in regulating the level of activity and the management of the demands of the environment. In this sense, it has been seen that the brain of patients with ADHD tends to present a lower amount of dopamine and cerebral serotonin than subjects without this problem.

Characteristic features of the brains of people with ADHD

Exploring and finding explanations for the disorder remain important aspects that can help to better understand both the problem and how to act to help those who suffer from it.

A meta-analysis of multiple investigations carried out using neuroimaging has concluded that indeed there are structural and functional alterations in the brain of patients with ADHD that cause or influence the presence of the symptoms. Specifically, in addition to the presence of a delay in the development and maturation of the frontal lobe, the existence of subcortical alterations (that is, below the rough cortex that covers the brain) has been observed.

One of the common alterations in these patients is the presence of a smaller size of the basal ganglia linked to learning, the development of motor behaviour patterns , motivation, emotional management and executive functions.

Alterations in the limbic system, the “emotional brain”, have also been observed. These abnormalities are found especially in the amygdala and the hippocampus, elements that are of great importance in the processing and management of emotion, memory and motivation. These alterations are especially visible in the amygdala, which is smaller and less developed than in subjects without this problem.

Although these findings should not cause us to neglect the presence of psychosocial factors and their influence on the appearance of this disorder, the results of these investigations help to provide a better view of the biological aspects related to the ADHD condition and may end up contributing to the development of more efficient ways of treating this problem.