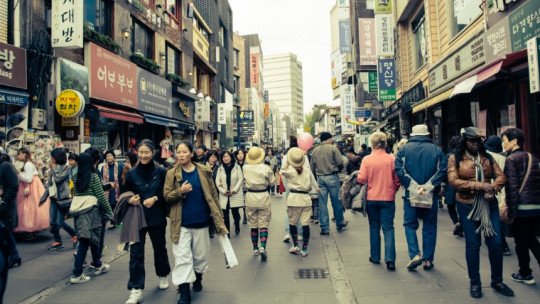 Urban anthropology is the branch of anthropology that studies the socio-cultural processes that occur within cities. It has emerged as a consequence of the needs that population growth and the expansion of cities have generated. For the same reason it has positioned itself as a branch of study that will be fundamental to know and analyze our social organization in the medium and long term.

In this article you will find what urban anthropology is and what it studies , how its object of study arose and some of its applications.

What is Urban Anthropology? Definition and influences

Urban anthropology is the set of investigations and studies that are carried out within urban spaces, through a fundamentally ethnographic methodology.

It is a relatively recent area of study, which follows the line of the socio-cultural tradition of anthropology. But not only that, but it has quite a few influences from the more classical traditions of sociology, which focused on studying the institutions and social relations within the processes of industrialization of the nineteenth century .

Among other things, these traditions were strongly based on an important distinction of lifestyles: there are urban settlements, and there are rural (or non-urban) settlements; and the processes and social relations that are established in each are also different.

The new conception of the city

All of the above led some sociologists to consider cities as a kind of social laboratory , as well as everyday and ordinary life (apparently devoid of meaning) as an activity that could reflect much of social problems, and their possible solutions.

Thus, there was an important academic divide between sociology and socio-cultural anthropology. In light of this, there were anthropologists (especially from the North American tradition), who noted that the communities that had traditionally been studied by anthropology were part of a broader social configuration, where cities played an important role .

This was one of the first motivations of anthropologists to study social processes from the perspective of cities and anthropology. In the North American context, for example, related studies on rural-urban migration and the impact of urbanization processes on people have been very popular since the first half of the nineteenth century . All of this was quickly transferred to other major European cities where anthropology was also being developed.

Finally, interests in urban studies led to the organization of various academic publications, as well as multidisciplinary symposia in anthropology and ethnological sciences, societies of specialists in anthropology applied to the urban, specific professionalization in the area, etc.

Object of study: what is urban?

In its early days, anthropology was devoted to the study of tribal societies and non-industrialized communities (formerly called “primitive societies”). In contrast, those that were called “complex societies” (which are basically Western industrialized societies), had remained as spaces of little interest for anthropology.

As we have seen, it was through historical and geopolitical events (which among other things have extended the processes of urbanization and industrialization on a global scale) that anthropologists began to move towards the study of cities and the urban.

This especially increased from the 1990s onwards, between different discussions and opinions on whether urban spaces and industrialization processes could be constituted as an object of study of their own, thus also discussing the legitimacy of urban anthropology as a differentiated sub-discipline of social anthropology and sociology.

In the meantime, various proposals have emerged. There are those who think that urban anthropology is the study that takes place within urban areas, which brought a new need: to define the object of study of urban anthropology. That is, to clarify what “urban” is, as well as to determine which can be considered urban areas and which cannot .

Initially, “urban” was defined in terms of population density and in relation to population settlements where social interaction takes place . Others have defined it as the different attributes that cities have as a specific social institution; others as centres of technological and economic change, to mention just a few examples.

How does it apply?

Initially, the sociological studies of the urban, which had an important influence on the development of urban anthropology, adopted methods based on historical evidence , interviews, and above all, statistical and demographic material that allowed them to understand different social processes.

This was a quantitative methodology, which was soon rejected by various researchers who subscribed to the development of more qualitative methodologies that would allow them to understand the meaning produced by the actors themselves within the city. Among other things, the ethnographic method emerged, which soon became one of the main tools of anthropology in all its branches.