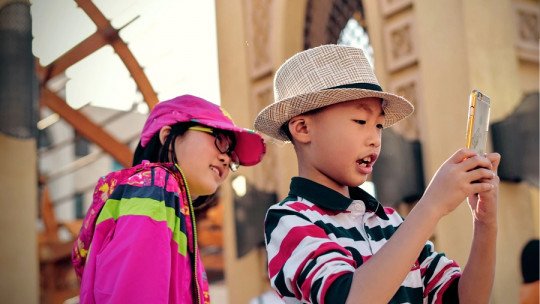 The psychologist B. F. Skinner called “Verbal Behavior” the communication skills; specifically, it consists of the set of vocal or non-vocal operating behaviors destined to be socially reinforced.

Skinner differentiated 6 verbal operators , each with its own function and meaning. All of them revolve around language. In this article we will know what each one of them consists of.

Verbal operators and verbal behaviour according to Skinner

The psychologist B. F. Skinner (1957) defined verbal behaviour as that whose reinforcement is mediated by another person . Teaching verbal repertoires is fundamental to promote in the child an independent development, and that is why it should be one of the objectives of their education or of the different interventions that we can apply.

Verbal operators are different functions that we find within verbal behavior, both vocal and non-vocal. These were explained by B.F. Skinner in his book Verbal Conduct (1957). In this work the author analyses the verbal behaviour of people, traditionally called language, linguistics or speech.

There are a total of 6 verbal operators: echoic, command, touch, intraverbal, autoclitic and textual response, which we will see explained below.

The speaker repeats exactly what another speaker says . It has a point by point correspondence with the preceding verbal stimulus. It is an imitation of vocal verbal behaviour. For example, this would be when a father says to his baby “garlic” and the baby repeats “garlic”.

It is a type of verbal operant in which the speaker requests, asks for or suggests something he or she needs . The command can be vocal or non-vocal.

Here the antecedent is a state of deprivation, satiation, or motivational conditions of the person. It requires the presence of a listener to provide the stimulus that acts as a reinforcer. For example, this would be when a child is thirsty and says “water”.

Here the speaker names objects and actions with which he has direct contact through any of the sensory modes . In this case the antecedent is a non-verbal physical stimulus, such as the sight of an airplane.

It is controlled by widespread social reinforcement. An example would be when a child sees a car and says “car”; his mother says “Yes honey, it’s a car, very good” (reinforces).

The person responds differently to the verbal behaviour of others, that is, responding to specific statements or questions .

Here the antecedent stimulus is a verbal stimulus that controls the response, but has no point by point correspondence with the antecedent. For example, this would be when one child says “Hello” and the other answers “Hello, how are you?

The autoclinical verbal operants are non-vocal, and modify the effects of the elementary verbal operants (commands, touches, echoes and intraverbal) on listening. For example, it would be “I want the red car”; in this case, “I want” and “red” are the autoclics with which the command is being specified.

We are going to go into a little more detail on the verbal operators of the ecoic type, as they are among the most important when it comes to enhancing language development.

This type of operator consists of a correspondence in the “hear-say”. For this reason has a topographical (called point-to-point similarity) and formal similarity (i.e. it has the same sensory mode) to the verbal stimulus that controls it. Let’s look at an example:

As we have already seen in an example, let us think of an educator who says: “MA”. And the student repeats: “MA”. The educator reinforces this response to increase the likelihood that in the future she will say “MA” again when presented with the verbal stimulus “MA”.

Parroting is an early stage in children’s development, in which they produce vocalizations that are automatically reinforced ; these are sounds from the surrounding context. They are not imitations, but simply vocal sounds, vocalizations. Parroting must be checked before teaching verbal or echoic operants.

Parroting is a stage that precedes the echoic function; however, if it is not observed, there are a number of procedures and methods to induce it. An example of inducing parroting is the stimulus-stimulus pairing procedure (Sundberg, 1996).

Echoic behaviour has the function of allowing the child to learn the capacity to repeat the sounds of other people , whether they are mothers, fathers, teachers or educators. It is also the basis for learning other verbal operators, such as touch and command.