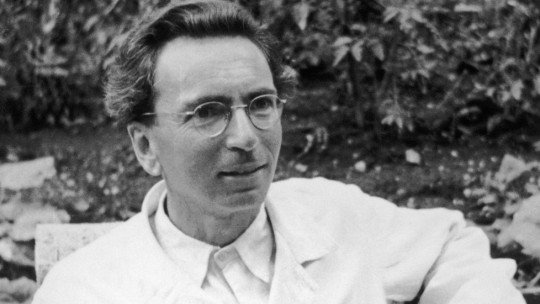 Viktor Frankl is one of the most destroyed figures in the history of psychology. As the creator of logotherapy , Frankl approached the treatment of mental disorders from an existentialist perspective that decades later served to reinforce a current known as Humanist Psychology, to which Carl Rogers and Abraham Maslow, among others, belonged.

Very focused on phenomenology and the subjective, Viktor Frankl’s logotherapy is hardly comparable with forms of psychotherapeutic intervention whose efficacy has been demonstrated in independent studies, and currently its scientific status is seriously questioned . However, in order to fully understand the origins of Viktor Frankl’s work, it is necessary to take into account the historical context in which they occurred.

Viktor Frankl and the existential struggle

Pain and sadness are two of the most studied phenomena by psychology, for good reason. There are many paths in life that seem to lead to them, and when we experience them everything we feel and do tends to revolve around the fact that we feel bad. In some cases, even,
restlessness can have so much power over us that it prevents us from enjoying life and can play an important role in suicide. That is why a side of psychology has turned to the treatment of these problems, and numerous therapeutic proposals have been developed to alleviate suffering.

But not all these therapies are based on philosophical assumptions that aim to cover all aspects of how we live our lives: some aim to be useful in some very specific contexts and not in others, and use criteria for measuring results that may be too rigid. That is why among those who favour a psychology based more on philosophy than on the natural sciences, there is a great respect for
Viktor Frankl , a Viennese psychiatrist born in the early 20th century, built a therapeutic approach from his experiences as a survivor of the Nazi regime’s concentration camps.

The beginnings of young Viktor Frankl

Viktor Frankl was born into a Viennese Jewish family in 1905, when Sigmund Freud’s psychoanalysis was beginning to gain popularity among European psychiatrists. That is why during his youth, when he began to be interested in psychology and mental health, his self-education on the subject included many texts on psychoanalysis.

However,
also from a very young age he began to develop a notable interest in philosophy , a characteristic that would define his personality and his way of asking himself existential questions about the meaning of life. In fact, as a minor he began to give his first talks in which he shared some of his reflections.

The university and its specialization in psychiatry

When Viktor Frankl entered the University of Vienna to end up specializing in psychiatry in the mid-1920s, Freud’s work on mental health and the functioning of the psyche had gained such notoriety that the young student had no problem moving around like a fish in water in a discipline that combined the study of the organic (the nervous system) with the use of a meta-psychology that was very close to the philosophy that interested Frankl so much.

However, ended up distancing himself from orthodox psychoanalysis by considering it too reductionist and began to form part of the psychodynamic current of Alfred Adler . This perspective was not marked by the pessimistic view that each person is tied to the unconscious forces that emerge from his mental structure, and therefore it fitted better with the way Viktor Frankl understood life.

The importance of philosophy in the pursuit of happiness

Because the young Frankl knew that suffering and conflict exist, but he believed that through a combination of philosophy and knowledge in psychology it is possible to achieve an adjustment between what one experiences and the way one thinks about it so as not to fall into unhappiness. During his formative years among Adler’s followers, Viktor Frankl came into contact with Rudolf Allers, which would lead him to develop a type of existential psychology that we know today as
speech therapy .

Thus, although Viktor Frankl ended his academic relationship with Adler years later, the idea that well-being and mental health have much to do with the way in which life is given meaning was deeply rooted in the philosophy of this psychiatrist. But what would lead him to reaffirm his convictions was a terrible and potentially traumatic experience: his time in the Nazi concentration camps. Viktor Frankl as a Holocaust survivor

During his years as a student, Viktor Frankl had many occasions to become familiar with pain. In fact, he wanted to specialize in the study and treatment of
depression and suicide prevention, which led him to offer support services to students with excess stress and, during the 1930s, he treated many patients at risk of committing suicide. From 1938 onwards, however, he began to be increasingly cornered by the rise of Nazism.

In 1942, after being forced to work in the only hospital in the area where Jews could work,
Viktor was deported to a ghetto, and from there to a series of concentration camps, including Auschwitz . Most of his family, including his wife, died in the network of death camps, and Viktor Frankl was forced to work in slave-like conditions until the camp in which he was held was liberated in 1945.

Man in search of meaning

After the end of the war, Viktor Frankl
was discovering that many of the people he loved had died, but he found a way to cope with these losses . According to him, the simple fact of discovering the meaning of suffering makes it experienced in a much more bearable way, making it become incorporated into the narrative of one’s life story as one more element, something that does not prevent one from turning the page and moving forward.

This idea, which in fact largely coincides with the principles of the existentialist philosophy of Jean-Paul Sartre and other thinkers, was embodied by Viktor Frankl in his most famous work:
Man in Search of Meaning, published in 1946, which is also a book that serves as an introduction to logotherapy. The theories of Viktor Frankl, today

Viktor Frankl’s work draws on influences that can be traced back hundreds of years, when Eastern religious leaders talked about how to deal with suffering by changing the way we think about it and when the ascetics of ancient Greece taught us to renounce preconceived ideas about what generates desire and what does not. In fact, their contributions to psychology are less important the more we stick to the idea that psychology should be a science based on measurement and experimentation.

However, the intellectual filter that Viktor Frankl used has not had logotherapy as its only product: it can also be considered that his first works on existential analysis have laid the foundations of the
humanist psychology that was popularized by people like Carl Rogers or Abraham Maslow and that more recently has given birth to positive psychology , oriented to investigate topics such as self-realization, the achievement of vital goals and happiness.

You can consult the books that Viktor Frankl wrote through
this link.