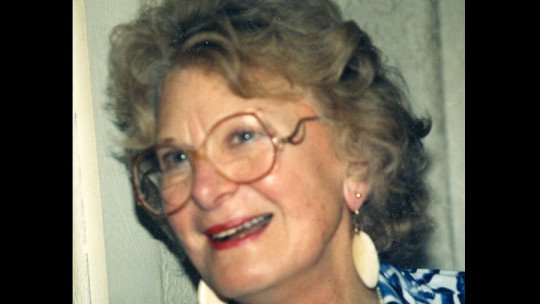 Virginia Satir (1916-1988) is recognized as one of the pioneering psychologists in family therapy . Her theory has had an important impact on systemic approach psychotherapy, and also on the humanistic tradition of clinical psychology.

We will now see a biography of Virginia Satir , as well as some of her main contributions to clinical intervention with a family focus.

Virginia Satir was born on June 26, 1916 in the city of Neillsville in Wisconsin, United States. She is remembered as a self-taught woman, who even learned to read and write with her own didactic resources from a very young age . She grew up in a Catholic and at the same time scientific family, and was the older sister of five children.

In 1929, when she was 13 years old, the family moved to Milwaukee so that Virginia could start school. In the same year, the Great Depression started, so at a very early age Virginia started working while continuing her studies. Once this was over, she started her university education at the University of Wisconsin-Milwaukee , formerly known as Milwaukee State Teachers College.

Meanwhile, he worked at the Works Projects Administration (WPA), a program created to offset the consequences of the Great Depression in the United States, which mostly employed adult men in poverty. By the second half of the 1930s, the WPA was also employing women and young people in public projects. Virginia also worked for a while as a nanny. Eventually she specialized in education and, already as a professional, she worked as an educator.

In the summer of 1937, Virginia began courses at Northwestern University in Chicago, which she continued for a couple more summers. She later studied in the department of social services administration at the University of Chicago, where she completed her graduate studies in 1948. She finally trained as a social worker, a profession she practiced from 1951 until the beginning of her own therapeutic model.

Beginnings and influences of family therapy

After finishing her studies, Virgina Satir started working in a private practice, and by 1955, she was working at the Illinois Psychiatric Institute. Among her main complaints, Satir defended the need to analyse not only the individual, but also the family dynamics .

I thought that the study of psychology at an individual level was essential, however, it could not stay there, as this did not offer the necessary explanations or sufficient alternatives. For Satir, it was important to look at the first system that supports the individual, and that was the family.

In other words, Virginia Satir argued that the “obvious problem” (that which is verbalized in therapy or that which is easily observed) was almost never the real problem; it was only a “presentation”. That is, it was a superficial conflict that had been generated by the individual and family’s own interaction with the underlying problem.

From there, he proposed to carry out particular analyses (that considered the case of each subject according to his family environment), and not general ones (that explained the experience of a subject based on the coincidences that he had with other subjects far from his context). All this introduced important novelties in the area of clinical and educational psychology , which finally laid the foundations for a new model of intervention or family therapy.

As a result, in the late 1950s, Satir and other well-known American psychotherapists founded a research institute on mental functioning called the Mental Research Institute.

The headquarters was the city of Palo Alto, in California, and it quickly consolidated as one of the most recognized institutions in psychological care at the family level. Among other things, it was from the interventions and research carried out at the Mental Research Institute, that the foundations of the systemic tradition in family psychotherapy were consolidated .

The psychotherapeutic intervention, for Virginia Satir, had the main objective of achieving personal growth, that is, to allow the human being to become a complete being. And for this, it was necessary to look at the “microcosm” that the nuclear family represented.

In this, the maternal figure, the paternal figure, and the son or daughter, had to construct a process of human validation as a whole ; which was later reflected in the rapprochement of each person with the rest of society.

This translates into the constant establishment of interpersonal connections, since once the networks between the members of a family are consolidated, these are extrapolated to other members of society. Thus, “healing” the family networks, could generate better people and better links on a large scale .

Virginia Satir’s theory was finally consolidated into a model of personal growth, which had important implications for psychotherapy. This model mainly pursued the following objectives:

Some of Virginia Satir’s main works are Self-Esteem , from 2001; In Close Contact , from 1976; Changing with Family Members , from 1976; and All Your Faces , from 1978, among many others. Similarly received various awards from different universities and psychotherapy associations around the world.