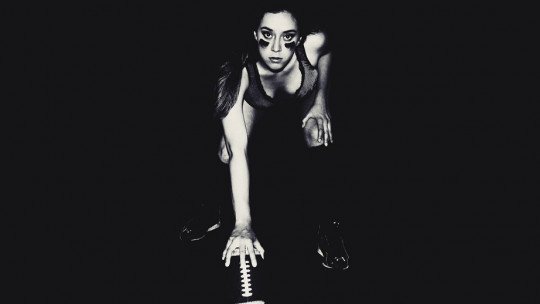 We can train, study or prepare the event in question, but it will never be the same. In other words, we will never be able to recreate the specific elements that the day of the test involves, such as the presence of the examiner or the classroom, or the unforeseen events that may occur (the heat, the noise, the opponent leaving with a different strategy to the one planned…). In psychology we have a very useful technique for this type of situation: visualization . Next we will see what it is about.

Visualization consists of experiencing, through the imagination, any situation that might occur in real life . It has been traditionally used in phobias, as a resource to carry out an exhibition that was not viable to do because the phobic stimulus itself was not available. For example, we cannot buy a plane ticket every time we have to resort to the exposure technique in front of a patient who is afraid of flying, so we prioritize the different situations according to the anxiety they would cause in the patient and proceed to experience them in imagination.

The case of Michael Jordan

They say that Michael Jordan sat on the bench before the games, and imagined the different possible situations that could hinder his goals (a blockade over there, a plug over there…). In this way, he felt more prepared for such situations because they were not “unexpected”, he had already prevented them, in fact, he had already trained and lived them.

For this little “trick” of the mythical NBA guard, together with the clinical experience of visualization, leaves us a clear path towards mental training, that is, an adaptation of the visualization technique to sport and personal development.

How to use it in combination with imagination

We must differentiate between “imagining” and “visualizing”, because while imagination is necessary for visualization, it is not enough. For visualization to be as successful as possible , it has to meet certain conditions. First of all, we must design the scene we are going to experience.

We will start with simple stimuli , such as the colour of the ball, and little by little, as we master each of the scenes, we will make them more sophisticated, even designing the driving test, a job interview, or the first metres of a race. In this sophistication it will be advisable to incorporate more stimuli in addition to images. Sounds, smells, touch, balance or emotions can help us to give realism to the scene, and contribute to create that memory trace that is activated in the moment of truth.

Moreover, it is always very useful to add the perception of stimuli in 360 degrees, especially at the moment of beginning to imagine, the moment when we are transported to the visualization. The indications of the examiner in the back seat, the touch of the ground on my feet, the clouds hovering over my football game… all of these give the scene that natural realism we are looking for.

Once we have designed the scene, it will be time to execute the visualization. It is advisable to start by checking our activation through the breathing technique , with the aim of limiting activation at a cognitive level (leaving the mind blank) and directing our attentional resources to the task at hand.

Once we have controlled our activation level, we will start to activate the scene we have designed in our imagination , in real time. This does not mean that we cannot “jump in time” if, for example, we want to prepare the moment to start the car, to overtake and to park (this is another advantage of visualization with respect to real training). We can help ourselves by creating audio support, recording the description of the sequences with our own voice and playing it back at the moment of the visualization (if we do it with our eyes open we can use videos).

In addition to phobias and personal development, visualization is beginning to be used with people with cancer, and although its effectiveness in these areas has yet to be demonstrated, it is indicative of the power of the technique, which we have outlined throughout this article. To perform it in optimal conditions, we will require the guidance and instruction of an expert psychologist.