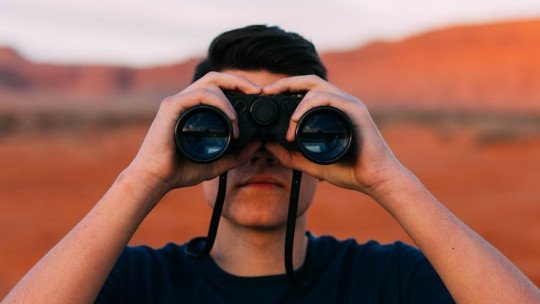 Vicar conditioning is a type of learning that depends on the observation of other people’s reactions to a stimulus that is relevant to both the subject and the observer, or on the perception of the contingency between a response and certain consequences determined from the behaviour of others.

In this article we will describe the main characteristics of vicarious conditioning and the phases that make it up, as well as its relationship with other concepts referring to very similar types of learning, such as modelling, imitation, social learning and observational learning.

What is vicarious conditioning?

The concept of vicarious conditioning generally refers to a type of learning that takes place through the observation of the consequences that a behaviour has for another person . The nature of these outcomes increases or reduces the probability that the observer will carry out the same behaviour.

This type of learning is framed in the paradigm of classical conditioning as well as in the operant. In these cases an association is not learned between a behavior and its consequences, but between a stimulus and a response; for example, young children may develop fear of an animal if they observe this response in other people.

Vocational learning from the operating paradigm

From the operative conditioning, if the result of the action is positive for the person performing it, we say that he has obtained a reinforcement. If we observe that a behavior of others is reinforced , the probability that we execute that behavior increases: a child who sees his father give a soda to his sister only after she asks for it will probably imitate her.

On the other hand, when behaviour is followed by an aversive stimulus or by the withdrawal of a reinforcing stimulus we will learn that we should not carry it out. In these cases we speak of “punishment”, which is defined as a consequence of a behavior that reduces the probability of carrying it out again.

Reinforcement and punishment are not always material : reinforcement is sometimes social, it may consist of a smile or a compliment, and in others it is simply identified with the disappearance of an unpleasant emotion; a teacher may punish her students with bad grades, negative comments and in many other ways.

Differences with other types of learning

The concept of “vicarious conditioning” is very similar to others used in the psychology of learning: “modeling”, “social learning”, “observational learning” and “learning by imitation” . Although in general all these terms refer to very close processes, there are significant nuances since each one highlights different aspects.

In the case of vicarious learning, the emphasis is placed on the fact that the observed subject (i.e., the person who executes the behavior or responds to the stimulation) is immersed in a conditioning program , which, as we have said, can be of the classic type or instrumental or operative; in the latter case, the subject also receives a reinforcement or a punishment.

The word “modelling” has very similar implications: here the fact that the person who carries out the behaviour serves as a model for the person who observes is highlighted. Imitation is understood in a more restrictive way, being simply a copy of other people’s behaviour that can generate learning.

“Observational learning” is a broad concept that includes the connotations of the rest of the terms previously described. Finally, social learning refers to the behaviours involved in life in society; it is the most macro of all these types of learning, since it also includes others such as symbolic or verbal learning.

Psychologist Albert Bandura described four processes necessary for vicarious or observational learning, which can also be understood as the phases through which this type of conditioning occurs.

The first step in acquiring an answer through observation is to focus attention on the model , that is, on the person (or living being) who originally executes it. Aspects such as the observer’s expectations and the relevance of the learning situation for the observer have a determining influence on the attention process.

Retention refers to the observer’s ability to imitate the behavior once observed without the model being present. This requires that the learner be able to encode the information in words or images and repeat it, either in imagination or in an observable way.

Once the answer has been learned, it can be executed by the observer only if he has the required skills to do so. This process consists of four subphases: the generation of a performance scheme, the execution of the behaviour, the comparison between the expectation and the actual performance and finally the modification by means of corrective adjustments.

The probability of execution of the behavior depends not only on whether the subject has learned it correctly, but also on whether he has sufficient incentives to feel compelled to carry it out. In this sense, it is worth highlighting the fundamental role of reinforcement in the motivation to imitate other people’s behaviours.