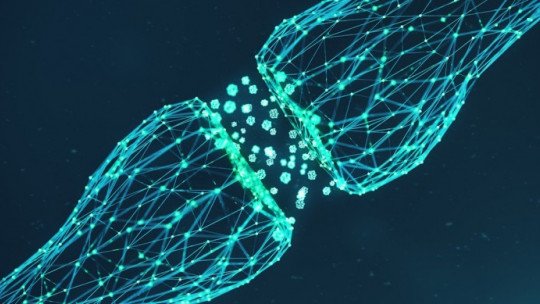 Von Economo neurons are a special class of nerve cells , first described a little less than a century ago, characteristic of humans and great apes.

They are special because of their particular spindle-shaped structure and because they are involved in complex cognitive processes that have to do with socialization, empathy, intuition or complex decision making.

In this article we explain what these types of neurons consist of, where we can locate them, what their structure and functions are, and what happens when these cells develop abnormally. 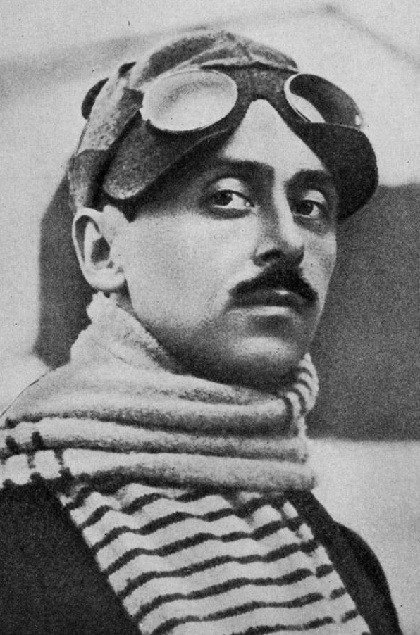 Von Economo’s neurons, also known as spindle neurons, are named after the Austrian psychiatrist and neurologist Constantin F. Von Economo , who in 1926 provided a detailed description of the morphology and cortical distribution of this type of neuron.

Von Economo was also the first scientist to show that these spindle cells are specialized neurons located in the Vb layer of the anterior cingulate cortex and the frontal insular cortex, mainly.

Spindle neurons, unlike most types of nerve cells, are present in great apes (gorillas, chimpanzees, bonobos and orangutans) and in humans, but absent in other types of primates.

According to research, spindle cells apparently evolved about 15 million years ago, before the evolutionary divergence of orangutans and hominids. Their discovery in some whales suggests that there might be a second, independent evolution of these types of neurons.

The observation that Von Economo cells occur in a highly significant group of animals has led to speculation that they are of great importance in human evolution and brain function.

The fact that these neurons have been discovered in other species (such as whales) suggests that they may be a mandatory neuronal adaptation in large brains, allowing rapid processing and information transfer along highly specific projections, and that they evolved in relation to emerging social behaviors.

Von Economo described this type of cells as neurons showing a spindle shape and an unusual length , oriented perpendicular to the pial surface of the cortex, with a large apical axon and a single basal dendrite, with a width almost equal to that of its soma.

Their large apical axon and large-volume elongated soma are similar to those of the cortical pyramidal neuron, but Von Economo neurons lack the numerous basal dendrites that pyramidal cells do have, and instead receive inputs from a relatively small subset of the cortex; in addition, spindle neurons are approximately five times larger than V-layer pyramidal neurons (on average).

Their structural similarity to pyramidal neurons suggests that these neurons can perform similar functions, and because the speed at which neurons conduct information often covariates with the diameter of their axons, large Von Economo neurons can do so very quickly, compared to other neurons.

However, Von Economo neurons are relatively rare in a region such as the anterior cingulate cortex, as they comprise only 1-2% of the total number of neurons in this brain area.

In the insular frontal cortex, this type of neurons are 30% more numerous in the right hemisphere than in the left one ; a process of hemispheric differentiation that occurs in the first four years of postnatal development in humans.

Research suggests that the insular frontal cortex and the anterior cingulate cortex, the brain regions in which the greatest number of spindle neurons have been located, are involved in social reasoning, empathy, emotions and the monitoring of visceral autonomic activity , among other functions.

The anterior cingulate cortex has projections towards the frontopolar cortex, which has been associated with processes of cognitive dissonance and uncertainty. Given the morphology of Von Economo cells, they have been described as fast projection neurons, and due to the functions of the areas from which they are believed to receive and project information, it is believed that they would play an important role in intuition, fast decision making and in the resolution of cognitive dissonance processes.

Spindle neurons help channel neural signals from deep regions of the cortex to relatively distant parts of the brain. Signals from the anterior cingulate cortex have been observed to be received in Brodmann area 10, in the frontopolar cortex, where regulation of cognitive dissonance and disambiguation between alternatives is thought to occur.

The anterior cingulate cortex is also involved in autonomic functions, including motor and digestive functions , while playing a role in the regulation of blood pressure and heart rate.

The significant olfactory and gustatory capacities of the cingulate cortex and the frontal insular cortex appear to have dissipated during evolution, to now perform enhanced functions related to higher cognition, ranging from planning and self-awareness to role-playing and cheating.

It should also be noted that the diminished olfactory function of humans, compared to other primates, may be related to the fact that spindle cells located in crucial neural centers have only two dendrites instead of many, resulting in reduced neural integration

Disorders related to the abnormal development of these neurons

The abnormal development of Von Economo neurons has been related to several personality disorders and neurodevelopmental disorders , especially those characterized by distortions of reality, thought alterations, language disorders and social withdrawal.

In addition, the development and abnormal functioning of this type of neuron has been implicated in disorders such as autism, since several studies have shown that spindle neurons participate in the cognitive processes involved in the rapid intuitive assessment of complex situations. In this sense, it has been suggested that they could be part of the circuits that support human social networks.

It has been proposed that Von Economo neurons are related to brain areas associated with the theory of mind, through the transmission of information from the cingulate cortex and fronto-island areas to the frontal and temporal cortex, where rapid intuitions are combined with slower deliberative judgments.

In autism spectrum disorders, spindle neurons would not develop properly, and this failure may be partly responsible for the social difficulties that arise from applying faulty intuition processes.

On the other hand, a selective degeneration of spindle neurons has also been observed in diseases such as Alzheimer’s and dementia . For example, in patients with frontotemporal dementia, a neurodegenerative disorder that causes the person to lose empathy and become erratic and insensitive, it has been seen that 70% of the Von Economo neurons were damaged.

Finally, it should be noted that some research has suggested that the abnormal development of these neurons may be related to the pathogenesis of schizophrenia, although no conclusive results have been obtained to date.