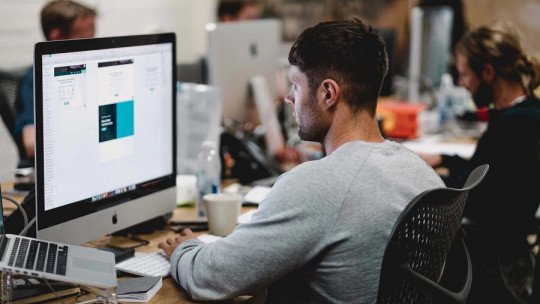 Vroom’s theory of expectation is contextualized within social and organizational psychology . It refers to human motivation, a concept widely studied in basic and social psychology.

This theory holds that motivation depends on three factors: expectation, instrumentality and valence. In this article we will know these components, the characteristics of the theory and how all this relates to effort and work performance.

The theory was proposed by Victor Vroom, a psychology professor from Canada, in 1964. Through Vroom’s theory of expectation it is established that human motivation depends on three factors: expectation, valence and instrumentality . V. Vroom focuses his theory on the field of organizations, and that is why he makes special reference to motivation at work.

The basic components that determine the motivation of workers are: expectation, instrumentality and courage. Let’s see what each one of them consists of:

It consists of the expectation that by investing “X” effort, “X” results will be obtained. For this, it is essential that the employer knows what motivates his workers, so that he can motivate them adequately.

The expectation has much to do with the concept of self-efficacy introduced by Albert Bandura , an important psychologist also Canadian born in 1925. This concept refers to the perceived capacity of the person to face obstacles and achieve what he or she wants.

Another factor that comes into play in the expectation of the worker is the difficulty of the task, which is why the employer must ensure that the person, in addition to having the skills required to perform the task, has the resources or support they need.

Within Vroom’s Theory of Expectation, and alluding to the second essential element that leads to motivation, we find instrumentality. This has to do with the fact that each worker will have his or her function and will be an indispensable part for the functioning of the whole gear , the organization itself as a whole.

The objective will be that the employee has a good performance, that allows to obtain the desired results; that is to say, it has to be a “functional” piece, that contributes value. Hence the name of this concept.

Finally, the third component of the formula of Vroom’s expectation theory is the valence, and it has to do with what each employee values; there will be some who value more the salary, others the days of vacations, others the free time (which implies working less hours), etc.

The role of the employer, in this case, will be to discover what his workers value, as well as to know what value they place on their own results. In other words, the results or performance obtained by each worker will be valued by each of them in a unique, idiosyncratic way.

Vroom knew that motivation was very much related to effort. So, logically, the more we are motivated in relation to a task or an objective, the more we will strive to achieve it. And furthermore, whether we are more or less motivated will be determined by the value we place on that task or objective, that is, the personal value it has for oneself.

It is a kind of intuitive sequence; the more value, the more motivation and by extension, the more effort . Thus, alluding to this concept, Vroom differentiates three elements: the individual effort that each person makes to achieve a goal, the performance they obtain and the final result of that task.

These three elements are constantly connected and interrelated, influencing each other.

On the other hand, Vroom’s theory of expectation states that workers will make decisions based on what motivates them most in their work, and furthermore, the more motivated they are, the more they will try.

In addition, the person’s personality and personal characteristics will also have an influence in guiding the person’s own decisions. According to Vroom, we behave by constantly choosing what we want, that is, by deciding between different options or alternatives.

Key ideas: how can the entrepreneur act?

According to Victor Vroom himself, and as we have already mentioned, a person will try harder if he feels more motivated towards a certain task; moreover, if he tries hard, he will be more likely to perform well. These factors are thus interrelated, and although Vroom’s theory of expectation focuses on the work environment, it can be extrapolated to the educational environment, for example, or to others.

What can (or should) a boss do to motivate his employees? According to Vroom’s theory of expectation, a good option will be to maintain a positive correlation between the worker’s performance and his/her effort . In other words, the worker should feel that the more he or she tries, the better his or her job performance is. In other words, that his feeling of self-efficacy is high (expectations of self-efficacy), and that he is capable of achieving what he sets out to do.

If this is applied correctly and constantly, the worker will end up trusting himself and his abilities, a fact that will maintain or increase his own self-esteem. All this will favour his personal and professional well-being.

What we mentioned, moreover, has to do with the person’s perception of him/herself, his/her work, his/her achievements , etc., and this is why it is important to reinforce this positive correlation between effort and performance.

Processes in the field of work

Within Vroom’s theory of expectation we can find three main processes that can be developed in the labour context. These processes consist of relationships between different elements of the theory. Let’s look at them:

2. Relationship between performance and reinforcement

Vroom’s theory of expectation also alludes to the relationship between performance and reinforcement or rewards (the “rewards”). He argues that the higher the performance, the greater the rewards we get .

In the labor context, we can relate this to the objectives established by some companies, which consist of rewarding the worker economically according to his performance; for example, if he reaches the objective of selling “X” products, or of invoicing “X” amount of money, he will be rewarded with a salary increase or extra pay that month.

3. Relationship between reinforcement and value

The third point or process proposed by Vroom’s theory of expectation is the relationship that appears between the reinforcement or reward received by the worker, and the value that he or she places on it.

In other words, the ideal is that the rewards are valued by the workers, because, as we have already seen, the more value the reward (or the objective, task,…) has for the worker, the more motivation he will have and the more effort he will invest to develop the task or the work.

According to Vroom’s theory of expectation, the three types of relationships we have discussed are actually “conditions” for ensuring good job performance. That is why if one of the three is not fulfilled, it will be very difficult to motivate the worker and, by extension, for him to be efficient or productive .