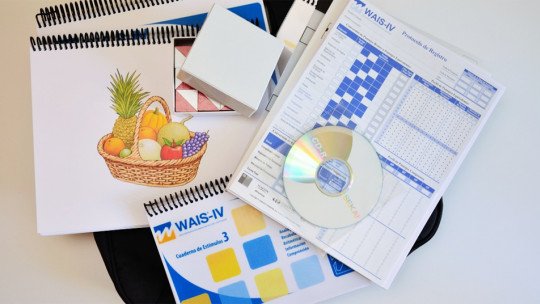 The different versions of the Wechsler Adult Intelligence Scale have dominated the field of cognitive assessment in people over 16 since the 1950s and have made a decisive contribution to the conception of intelligence in the field of psychology and in society in general.

In this article we will analyze the main scales and tests of the WAIS intelligence test . We will focus particularly on the latest version, the WAIS-IV scale, although we will start by reviewing the history of this method of assessing cognitive abilities.

David Wechsler (1896-1981) was an American psychologist who trained with Karl Pearson and Charles Spearman, pioneers of psychometry. In 1955 he published the first version of the test we know as “Wechsler Adult Intelligence Scale”, commonly called “WAIS” by its original English acronym.

Previously, in 1939, this author had contributed to the creation of the Wechsler-Bellevue Intelligence Scale, which can be considered a direct precursor of what would be Wechsler’s definitive work. Both tests conceived intelligence as a set of interrelated elements that could be measured independently.

In 1981 a revised version of the Wechsler Adult Intelligence Scale (WAIS-R) appeared. Later, in 1997, the WAIS-III was launched; this new test contained updated scales applicable to many types of population and distinguished between verbal and manipulative IQ, in addition to the total, which was obtained by combining the two previous ones.

The most recent version of Wechsler’s test is the WAIS-IV , which was published in 2008. It replaces the verbal and manipulative quotients with four more specific indices (verbal comprehension, perceptual reasoning, working memory and processing speed) and adds a General Ability Index that is used in the clinical setting.

Main scales and tests of the WAIS-IV test

Wechsler’s intelligence tests measure different abilities using specific tests. Some of the most characteristic are Symbol search, which consists of identifying visual elements as quickly as possible, Matrices, similar to intelligence tests such as Raven’s, or Information, which evaluates general knowledge.

Each of these tests weighs on a broader index. In the WAIS-III the indices Verbal Comprehension and Working Memory were part of the verbal IQ, while Perceptual Organization and Processing Speed were part of the manipulative IQ; however, in the WAIS-IV we only found these indices together with the total IQ , which combines them.

The Verbal Comprehension Index reflects an individual’s ability to understand and use verbal language, as well as the reasoning skills associated with this type of material. It is also a good indicator of the quantity and quality of knowledge acquired , and also of the recovery of long-term memories.

The main tests of the Verbal Comprehension index are the Similarities, Vocabulary and Information tests. On the other hand, the Comprehension test can be used as a complementary factor in the calculation of this index.

The terminology “Perceptual Reasoning” replaced that of “Perceptual Organization” in the transition from the third WAIS to the fourth. This factor measures the capacity of the person evaluated to interpret, organise and think correctly using visual information ; therefore, it is related to fluid reasoning and perception rather than verbal.

The classic tests that make up this index are Cube Design (creating figures seen in images using cubes), Matrices and Incomplete Figures. It also includes two new tests: Visual Puzzles and Figured Weight. The first is central to the calculation of the Perceptual Reasoning index, while Figured Weight is a complementary subtest.

The Working Memory index assesses the ability to grasp and retain information in the short term , as well as to carry out cognitive operations on it. It is composed of two basic tests: Arithmetic and Digit retention. It also includes the complementary test Number and letter sequence.

Processing speed is a measure of an individual’s ability to process visual information quickly and efficiently . The results in the tests that make up this index also serve as a secondary indicator of motor speed.

The two main tests that are weighted in this index are Symbol and Key search. Cancellation, which is the only new test in the WAIS-IV along with Visual Puzzle and Figured Weight, serves as an additional factor.