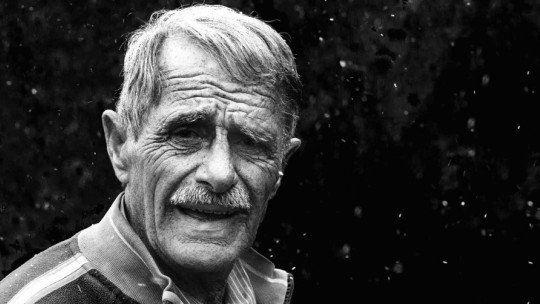 Aging is a natural phenomenon, a product of wear and tear caused by the accumulation of damage and mutations to the cells of our body throughout our lives. Although a large part of the population would prefer not to age, since it favours the appearance of diseases and different problems, the truth is that it is something that sooner or later we all do.

But for some people, this aging may occur exaggeratedly prematurely due to the presence of genetic alterations, to the point of significantly reducing their life expectancy. This is what happens with Werner’s syndrome , which we will talk about in this article.

We call Werner syndrome a disorder or disease of genetic origin which is characterized by causing in those who suffer from it a premature and extremely accelerated aging , which begins to occur in adulthood (from the twenties or thirties, although there is a tendency to begin to be observed in the late third or early fourth decade of life). It is a rare disease with a very low prevalence, and is a type of progeria (similar to the best known disease seen in children, Hutchinson-Gilford syndrome).

The symptoms can be very heterogeneous, but all of them are related to cellular aging: hair loss and graying, wrinkles, ulcerations and skin changes, cataracts and retinal problems are some of the most frequent cardinal symptoms. To these are usually added sclerosis and arteriosclerosis, hypotonia and loss of muscle mass, weight loss and metabolic problems, slowing and loss of reflexes and hypogonadism (also associated with loss of fertility).

Unfortunately, the aging generated by this disorder usually leads to a significant decrease in life expectancy , with the average survival rate being below fifty years of age. Some of the most common causes of death are cardiovascular problems or the appearance of sarcomas or other types of cancer.

Werner syndrome is a disorder that usually does not begin to be expressed until adulthood .

However, it is possible to observe how in many cases it is not uncommon that developmental problems may already exist in adolescence. Specifically, it is common for development to be slowed down, for juvenile cataracts and for children to be underweight and undersize.

Causes of this syndrome

Werner syndrome is an autosomal recessive genetic disorder. This implies that the origin of this disease is found in genetics , being also congenital and hereditary.

Specifically, in a very high percentage of cases, different mutations of one of the genes of chromosome 8, the WRN gene are found. This gene is linked to, among other things, the formation of helicases, enzymes involved in DNA duplication and repair. Its malfunctioning causes problems in the repair of DNA, so that alterations and mutations begin to accumulate and eventually lead to ageing.

Likewise, the telomeres are also affected , shortening much earlier than usual and accelerating cellular aging.

However, a small percentage of cases have been observed where there are no mutations in the gene, and it is not known exactly why they have arisen.

Werner’s syndrome is a very rare condition, having received relatively little attention from the scientific community so far. Being also a genetic disorder, there is currently no treatment that can cure this condition. However, there is research that seeks to find methods to slow down accelerated aging and that seems promising in improving the expression of proteins and the functionality of the WRN gene, although it is still in the research process and not in the testing phase.

At present, the only treatment applied is mainly symptomatic.

For example, problems such as cataracts can be surgically corrected . Surgery may also be necessary in the presence of tumours (which may also require chemotherapy or radiotherapy) or in some heart problems (for example, the need for a pacemaker). People with this condition should also have regular check-ups to monitor and treat heart problems, blood pressure, and cholesterol and blood sugar levels, among others.

It is essential to lead an active and healthy lifestyle, with a low-fat diet and regular exercise. Alcohol, tobacco and other drugs can be very harmful and should be avoided. Physiotherapy and cognitive stimulation are also useful to preserve the functionality of these subjects.

The psychological factor is also very important. First of all, psychoeducation will be necessary so that the subject and his or her environment can understand the situation and the possible problems that may arise, as well as to guide and jointly develop different courses of action to deal with the difficulties.

Another aspect to be specially treated is the stress, anxiety and distress that may probably accompany the diagnosis or the suffering of the disease, and it may be necessary to apply different types of therapy such as stress management, anger management, emotion management or cognitive restructuring.

Working with the aging patient and trying to generate more positive interpretations can be helpful. Likewise, through therapies such as the systemic family therapy it is possible to work on the involvement and sensations of each of the components of the environment with respect to their experience of the situation.

Finally, given that it is a genetic disorder, the use of genetic counselling is recommended in order to detect the alterations that generate the disorder and to check them. Although the descendants of these people are carriers of the mutations that cause the disease, it is not usual for the disorder to develop unless both parents have it (it is an autosomal recessive disorder).