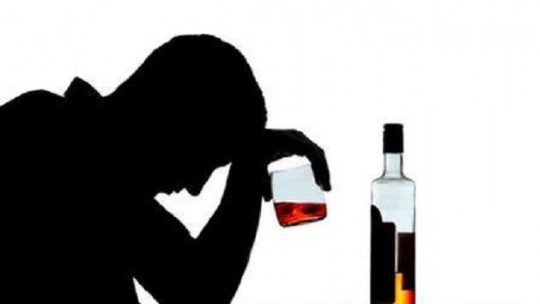 The functioning of memory in human beings is one of the most complex and difficult aspects to study in the field of psychology and cognitive sciences.

However, there are a number of disorders that serve to help better understand the basics of memory. Wernicke-Korsakoff Syndrome is one of them.

What is Wernicke-Korsakoff Syndrome?

In summary, Wernicke-Korsakoff Syndrome is a brain disorder due to a lack of vitamin B1 (also called thiamine ).It can also be understood as the combination of two different mental disorders: Wernicke’s encephalopathy and Korsakoff’s syndrome.

We will know what each of these pathologies consists of, as well as their main symptoms and some possible forms of treatment.

It is a neurological disease caused by a lack of thiamine. Its symptoms have to do with the lack of coordination when making the necessary movements to walk (ataxia), problems when moving the eyes and the appearance of a state of constant confusion.

In Korsakoff’s Syndrome, or Korsakoff’s Psychosis , your symptoms are more developed with memory problems, to the point where this syndrome is often subsumed under the types of amnesia.

Thus, Wernicke-Korsakoff Syndrome is a picture of symptoms that encompasses the problems that appear in both Wernicke’s Encelopathy and those associated with Korsakoff’s Psychosis. While the symptoms of the former manifest themselves in an acute symptomatic peak, those of Korsakoff’s Syndrome are chronic .

The spectrum of symptoms related to Korsakoff’s Syndrome usually appears as the symptoms of Wernicke’s Encephalopathy disappear.

The diagnosis of Wernicke-Korsakoff Syndrome can only be made by medically trained specialists. However, it is good to recognize the main symptoms by which these experts are guided in detecting the syndrome, in order to know whether a person should visit the doctor or not.

The main symptoms related to Wernicke’s encephalopathy are these:

The symptoms of Korsakoff’s Syndrome are more to do with memory, and they are these:

The causes of this syndrome

Lack of vitamin B1 related to Wernicke-Korsakoff syndrome is often associated with alcohol abuse , but it may also be due to a failure to absorb nutrients from what is eaten.

While Wernicke’s Encephalopathy causes damage to the thalamus and hypothalamus (the two large structures in an area of the brain called the diencephalon), Korsakoff’s Syndrome is caused by damage to more scattered areas related to memory in both information memorization and memory retrieval.

Currently, Wernicke-Korsakoff Syndrome has no cure, so the treatment of this syndrome is aimed at making the symptom picture not worse and that its effects can be controlled as much as possible to make the person’s quality of life worse as little as possible.

The treatments, which must always be directed by a specialist, usually address the syndrome through the prevention of continued alcohol consumption , the improvement of the person’s eating habits, psychological care for individuals or in support groups, and the injection of vitamin B1.

The symptoms that can most easily remit are those related to motor coordination and eye movement, but those related to cognitive abilities usually do not improve and, if not properly treated, can worsen to coma and death.