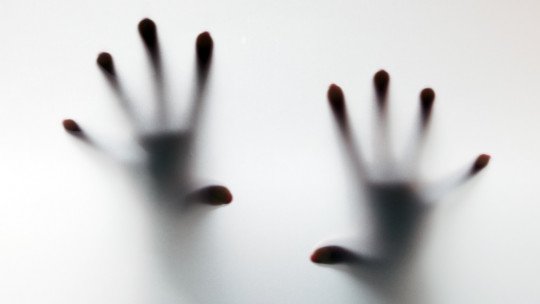 Suicide is one of the most frequent forms of death and is in the first position in prevalence among the unnatural ones. Taking one’s own life is an act in which the person actively seeks his or her own destruction, a search usually derived from profound psychic and/or physical suffering.

But this act not only has an effect on the person who commits suicide but, similarly to other phenomena, it can generate a knock-on effect that leads other vulnerable people to try to commit the same act. This is what is called the Werther effect .

The Werther effect: what is it?

The Werther effect is the name given to that phenomenon by which the observation or notification of the suicide of one person leads another to try to imitate that death. Also known as the copycat effect, it is a problem that has become epidemic in some cases , leading to mass suicides.

This is imitative behaviour that usually occurs in at-risk populations that see suicide as a way of freeing themselves from suffering and who, when they observe one or more cases with characteristics similar to their own, may think about taking their own lives. It is possible that the figure of the suicidal person or the act of suicide itself is idealised, or that the information available on the case in question leads one to think of it as a course of action.

In general, the Werther effect can occur at any news of suicide, but it is much more evident when the death in question is of someone especially referenced or admired by a large number of people. Clear examples were the deaths of Marilyn Monroe and Kurt Cobain . However, in the latter case the number of deaths was lower than expected, it is speculated that this was probably due to the difficulty of the method used by the singer.

At a more private level, suicide attempts and/or completed suicides by close relatives and especially if they were a reference figure, pose a risk for other subjects in the environment to think about or even imitate the suicidal act. This is why it is more than advisable to work on this risk directly with the relatives of persons with completed suicide on a psychological level.

With regard to the population that can be most easily affected by this effect, it has been observed that as a general rule the younger population tends to be more influential , especially if they are at risk of social exclusion. Likewise, another aspect that has been observed to be of great importance is the treatment given to information: if suicide is seen and reflected as something shocking and sensationalist, generating deep emotions, this may lead other people to seek to generate these sensations in others through these means.

It has also been observed that cases of suicide by strange but relatively simple means tend to be more striking and imitated. This is because imitation often occurs not only in the act of committing suicide but also in the methodology used. Also the level of detail and information regarding the case in question and the explanation of the methods used seem to facilitate more attempts at imitation by others.

Origin of the term and relationship to suicide

The Werther effect is named after Goethe’s novel The Sorrows of Young Werther , in which the protagonist (Werther) ends his own life after being in love for many years with Lotte, a married woman who cannot love him back. The publication of this novel in 1774 was a great commercial success, being the equivalent of a current bestseller, but the authorities noted that many young people committed suicide in a similar way to the protagonist shortly afterwards.

In 1974 the sociologist David Phillips carried out a study in which he observed that the number of suicides increased with the publication of news related to this subject , and he baptized this effect as the Werther effect.

Throughout this article we have seen how the treatment of information regarding a completed suicide can, in fact, lead to an imitation effect on other people. However, fortunately we can also find an effect that we could consider to be the opposite: the Papageno effect,

This effect occurs when the information conveyed focuses not so much on the fact of suicide but on the existence of alternatives. With the Papageno effect we refer to that situation in which the exposure to information has been with respect to people who have come out ahead in spite of living adverse situations similar to those that the person at risk may be living, or even to cases of non-fatal suicide attempts in which the subject has found other ways to end his or her suffering without resorting to self-inflicted death.

This generates the visualization of alternatives to suicide and examples of coping that can persuade people at risk to try the same path. The name of the effect comes from a famous character in the Magic Flute, who precisely aborts a suicide attempt when three spirits make him think of alternatives.

Final consideration: the importance of working on prevention

All of the above should make us see how important it is to work on suicide prevention from a variety of perspectives. We must ensure that suicide is not seen as a desirable or shocking alternative but as something to be avoided, and we must invest in prevention at school and in the media, based on the observation of different ways of dealing with difficulties.

As far as the informative or journalistic level is concerned, it is important to emphasize the need to give as little information as possible about the event in question but without making this action a simple fact, to avoid morbid elements and sensationalist treatment.

Although it may seem obvious, suicide should never be idealised or presented as something romantic or as a means to achieve objectives.it could also be useful to present in the same news possible mechanisms of help or alternatives of action for people in the same situation, or testimonies of cases in which alternatives to suicide have been found.