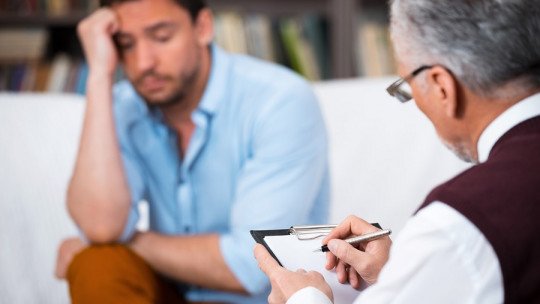 Wessler’s cognitive assessment therapy was developed by psychologist Richard Wessler, and is focused on the treatment of different personality disorders.

In this article we will know its principles and some of its most important components, as well as its guidelines for three different disorders: the histrionic personality, the narcissistic personality and the dependent personality.

This approach integrates three types of processes: interpersonal, cognitive and affective. That is, addresses cognitive aspects of oneself, of others and of situations , since it considers that cognitions play an essential role in the emotions and in the actions we carry out. But it is also the other way around, i.e., emotions have a major influence on our cognitions and thoughts (this idea comes from Aaron Beck’s cognitive model).

Specifically, therapy is aimed at providing the patient with an insight or self-knowledge that will help him or her feel better and solve their own difficulties on their own. Its procedure is based above all on suggesting, encouraging and providing explanations for the patient’s actions .

Wessler’s approach to cognitive assessment therapy, as we have seen, is integrative. Furthermore, the therapy starts from a motivational approach and presupposes that behaviour is emotionally driven .

The therapy is based on the theories of social learning and interpersonal therapy, and includes elements of constructivism. It is designed to treat different personality disorders in a specific way.

His techniques include components of Client Centered Therapy, Gestalt therapy and Ellis TREC.

This should be warm and accepting and include appropriate self-revelation by the therapist. Therapy gives it an essential value for therapeutic change to take place.

Wessler’s therapy places a special value on emotions, especially on shame and self-pity .

These emotions can be used by the patient himself to justify his actions, so it is important for the therapist to give the patient adequate information about their nature, with the aim of making the patient take responsibility for his own actions.

This is an essential assumption in this therapy; these rules guide the person in his relationships between the cognitive and the social, ethics and morality, and therefore they end up guiding his thoughts and his actions as well.

Wessler’s cognitive assessment therapy pays attention to the patient’s personal rules of life, with the aim of identifying them and helping to modify them if they are distorting the patient’s reality, or if they are causing him/her suffering .

These are the actions that the patient develops and that produce certain emotions; these, in turn, lead to a feeling of security. They can be behavioural or interpersonal .

The therapy also focuses on them, because they provide many clues about how the patient is, thinks and feels.

Personality disorders to which it applies

Let’s look at some of the therapy guidelines for these types of patients.

First of all, it is important that the therapist focuses on working with the patient without reinforcing his or her histrionic behavior; he or she can do this by showing attention and interest at the beginning of the therapeutic relationship, and once the bond is established (being stronger), change the focus to a more empathic one .

It will do this by reflecting the feelings that the person actually has, rather than the dramatic emotions that they “act out” or pretend to. On the other hand, the therapist will focus on helping the patient to be calm, without getting carried away or “swept away” by the attractive stories the patient tells.

The main techniques that the therapist will use with the histrionic patient will be: self-revelation, so that the patient does not lose contact with reality; the re-framing of the patient’s verbalizations and the use of humor to deflate his melodramatic style.

For this type of patient, it will be important to address the patient’s feeling of being able to demand what they want from others, through self-revelation , with the aim of creating dissonance between the patient’s version of reality (private) and the therapist’s version, considered socially appropriate.

This point will also be worked on by encouraging the patient to feel responsible for his or her actions, increasing his or her self-confidence and encouraging him or her to be able to achieve what he or she sets out to do without taking advantage of others

In dependent personality disorder, Wessler’s cognitive assessment therapy focuses on encouraging these patients to stop being passive and focus on pleasing themselves , rather than constantly trying to please and please others. Such goals can be set from the outset.

Other techniques will be to encourage the patient to take risks outside of therapy, to stand up for their rights (empowering their assertiveness) and to make decisions for themselves, without depending on the approval of others to do so.

In other words, the final objective will be for the patient to learn to be independent; in this way, the therapist will try to make the patient “his own therapist”, increasing his autonomy and self-determination, and helping him to set limits in his personal relationships .