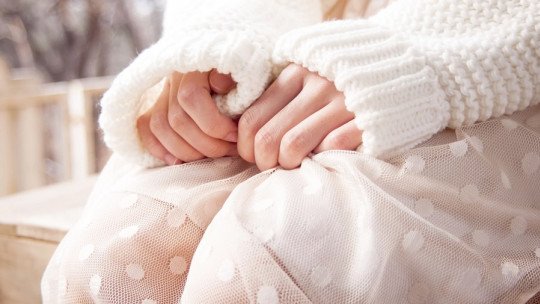 The prevalence of anxiety disorders in the world population is very high. Some studies consider them the most prevalent mental disorders, and others the second most prevalent. Cognitive behavioural techniques for anxiety are among the most widely used for this type of disorder.

In this article we will know the five most frequent anxiety disorders, their basic characteristics and which specific cognitive-behavioral techniques are used for each of them, mentioning their usual psychological components and strategies.

Anxiety disorders are one of the most common mental disorders in the population worldwide.

These can be of different types, ranging from the presence of generalized anxiety in everyday life (generalized anxiety disorder or GAD), to the presence of panic attacks (panic disorder) and the constant fear of having them and not being able to get help (agoraphobia), or the irrational fear of a specific stimulus, object or situation (specific phobia). Social situation phobia (social phobia) is also considered an anxiety disorder.

As we can see, there are a wide variety of anxiety disorders. The treatments used for them also vary , and we find pharmacological (anxiolytics, antidepressants…) and of course, psychological options. The most frequently used psychological treatments are, together with relaxation techniques, cognitive-behavioral techniques for anxiety.

Let’s see what kind of psychological techniques of cognitive-behavioral cut we can use for each type of disorder:

Panic disorder, categorized as such in the DSM-5 (Diagnostic Manual of Mental Disorders), is characterized by the presence of unexpected and recurrent panic attacks (2 or more). In addition, the person feels a continuous concern about having them again, or about the consequences of them.

In short, cognitive-behavioral techniques for anxiety proposed by Barlow in his therapy emphasize exposure to perceptual sensations (and in fact this is the feature that differentiates it from Clark’s cognitive therapy).

On the other hand, it also includes the induction of feared sensations, through “experiments” such as focusing attention, with the aim of showing the possible causes of the sensations that the patient has.

Finally, in Clark’s cognitive-behavioral techniques for anxiety, the therapist recommends that the patient abandon safety behaviors (such as “always go with someone”, “wear charms”, etc.), in order to discourage negative predictions of the consequences of the symptoms he has.

Agoraphobia is an anxiety disorder characterized by fear of being in public places or in situations where it is difficult to get help in case of a panic attack or “escape. Thus, the fear appears before public places, not open ones, as is popularly thought .

Its effectiveness can be reduced by reducing the time spent on live exposure . This type of therapy tends to produce fewer dropouts and fewer relapses into panic attacks than isolated live exposure techniques.

Specific phobias are characterized by an excessive and irrational fear of stimuli, objects or situations that are “harmless” or would not cause such levels of fear and anxiety. For example, flying phobias, insect phobias, snake phobias, clown phobias, darkness phobias, etc.

In this case, the cognitive-behavioral techniques for anxiety used include some treatments, such as Ellis’ rational emotional therapy (RET), Meichembaum stress inoculation training and Goldfried’s systematic rational therapy.

This type of therapy (CBT) for specific phobia aims to ensure that exposure to the phobic stimulus is made with as little anticipatory anxiety as possible , along with more adaptive and realistic attributions of the patient’s reactions.

Social phobia, as we have already mentioned, implies an excessive anxiety when faced with social situations that involve exposure to others , interaction with other people, being at parties, starting conversations, exhibiting a work in public, etc.

In this therapy, cognitive techniques are applied along with exposure (a fundamental element) to social situations. This is done both in therapy sessions and in homework.

4.1 Objectives of CBT in social phobia

The objectives of CBT in social phobia include: eliminating the negative expectations the patient has regarding control over his or her behavior, suppressing recurrent thoughts about the feared consequences , changing the focus on the physical symptoms of anxiety and curbing the tendency to set such perfectionist goals.

They also include eliminating the tendency to belittle one’s achievements, and finally, creating the need to be active and focus on what one can do.

GAD implies a chronic, unspecific concern that appears in multiple situations of daily life . A kind of “floating anxiety” appears. This anxiety disorder is the second most prevalent anxiety disorder in the general population.