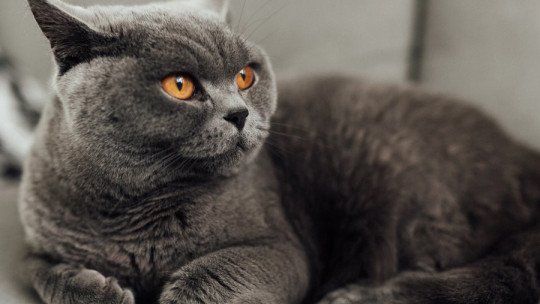 When we hear of someone who is “a grey person” or who has had a “grey day”, we are usually referring to the existence of qualities such as sadness or monotony and lack of hope. On the other hand, it also expresses a certain continuity and trajectory.

The truth is that grey is a very particular colour, which has traditionally been given a very neutral symbolism despite having a certain tendency to receive bad consideration. Such symbolism and its association to certain elements and moments of life has caused the color gray to have a certain effect and meaning at the psychic level. What does the colour grey mean in psychology? We will see it throughout this article.

What is this color?

Before we start to assess the symbolic and psychological meaning that is usually given to the colour grey, it is appropriate to make a brief comment on what the grey in question is. Firstly, it should be noted that, as with the other colours, grey is nothing more than the product of the perception by our retinas of the refraction or lack thereof of certain wavelengths of light .

Just as with black or white, we are faced with an achromatic colour which is not perceived by the pigments present in our cones but is captured by our sticks, which, more than colour, are dedicated to capturing the luminosity or the amount of light present in the medium.

Grey is perceived as an intermediate point between the capture of light and its absence, or the blocking of the first by some object. Technically and on a chromatic level, grey would be the midpoint or the mixture between white and black , although depending on the proportions it can be lighter or darker.

Due to its situation as a neutral point between both extremes, it also has the particularity that it is its own complementary (although it has an interesting contrast with colours such as yellow).

But… what exactly does the color gray mean?

Symbolism and psychological meaning of grey

Although it is not one of the most appreciated colours, grey has and has had throughout history an interesting symbolism for the human being , largely due to its identification with elements of the same colour.

It is a colour whose meaning is in principle neutral but which easily becomes seen as negative, and to which we psychologically associate certain connotations (as Eva Heller shows in her psychology of colour). It is mainly associated with the colour of grey hair (and therefore with ageing and age), ash and dust, as well as stone (not earth). Likewise, and although it is not exactly the same colour, it is also linked to silver.

Most of the symbolism associated with grey and the psychological effects that parts of usually generate in us in their relationship with these elements, as well as the fact of being a neutral point between black and white (an intermediate point that not only refers to the chromatic but also to the symbolic of each of them), which in turn have both positive and negative connotations. If there is one thing that particularly characterises the colour grey, it is its neutrality, a neutrality that can also have flattering and aversive connotations.

From a negative perspective, when associated with old age and age in addition to ashes, grey is generally linked to the idea of progressive loss, of the nearness of the end . In this sense it can be associated with the unavoidable and cruelty, as well as the passage of time.

It is the colour most associated with stone, from which life is not born (as is the case with earth) but rather remains stable and immutable, as well as transmitting a certain coldness and lack of heat. Despite the fact that, as we have said, it is the colour of neutrality, this can also be seen from a psychological point of view as indecision and weakness, as incapacity to position oneself and even as repression (whether of one’s own or of others) and fear.

The absence of chromaticism also makes it linked to boredom (which it can even facilitate), to monotony and routine, to apathy and conformism and to the lack of ambition, strength and capacity to fight. Lack of character and spontaneity, and emptiness. Another of its meanings at the psychic level is that of concealment, since it allows easy camouflage, and deterioration.

In addition to the above, it should also be noted that the fact that it is linked to a decrease in the level of luminosity also makes it related to phenomena considered sad, such as rain, something that participates in the birth of expressions such as “grey day”. It is associated with the idea of a certain loss or reduction of something that was already there, a subtraction or decrease also valued negatively and that on a mental level is usually linked to sadness and melancholy as well as avoidance ( and in fact facilitates these mental states).

However, on the other hand, grey also has a much more positive affection and symbolism: on the one hand, its relationship with age speaks to us of experience and wisdom, of knowing how to be and sobriety (something which in turn generates a certain feeling of tranquillity and a certain protection). It is related to elegance and the capacity for reflection.

Its neutrality, from a positive perspective, is also linked to the ability to value different points of view and to remain impartial . Having said this, another of its meanings is the idea of permanence, seriousness and tradition, and its resemblance to silver gives a sense of value. It is also a color related to science and objectivity.

It is also linked to modesty and intelligence, as well as to self-control, respect and tranquillity, favouring communication and the search for equity in it. Generally this type of meaning tends to be given more when the grey has a more whitish and brighter shade.

The use of the colour grey in everyday life

The symbolism of grey is not merely ideological, but also has an application in a wide range of sectors .

On a marketing level it is often used to represent stability, success and experience, something linked to the desire to project reliability and security. It should also be noted that it is linked to elegance and success, as well as to the memory of times past. That is why it is usually used by those brands with more seniority or those that seek to represent classic values. For example, car brands or jewellery of great projection. Its link with science also makes grey a frequent colour in technology brands.

When used on clothing, it can be used as a concealment mechanism or to avoid drawing excessive attention, or to appear sober. It can also be used to enhance specific and striking elements of the wardrobe (for example by generating contrast) or the image itself (such as the eyes).

In addition, when it is used in painting, its ease of combination with other colours is often used to provide a mixture between expressiveness and containment or to seek out formal and disciplined environments. That is why it is common in the business world, although generally looking for contrasts.