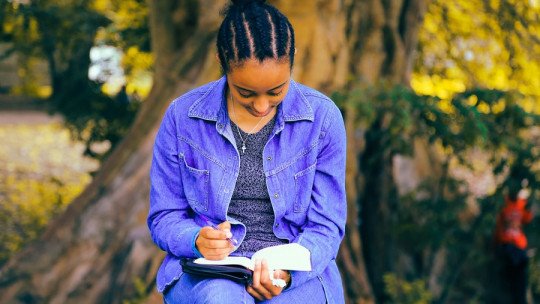 There are many types of texts that we can find when we are surfing the internet, in a work environment, in an entertainment context, etc. Each of them has certain functions and characteristics. One of them is the argumentative text .

As its name suggests, this type of text seeks to present a series of arguments for or against a theme, in order to persuade the reader to share that vision. In this article we will know their definition, functions, some types, uses, examples and the sections they contain.

What is an argumentative text?

An argumentative text is one that has the purpose of showing opinions in favour of a particular subject, and of convincing or persuading the reader about some ideas or a particular position.

In other words, it can try to change the reader’s mind (in case he or she thinks differently), or offer solid arguments that ratify and strengthen his or her ideas, in case they are the same as the text itself.

The argumentative text, however, can also include ideas that intend to refute a thesis, to confirm another one . Thus, the fundamental objective of this type of text is to persuade the reader about a certain idea or ideas.

In this way, the argumentative text mainly includes the argumentation, that is, the incorporation of examples and ideas that demonstrate some idea or thesis. Cicero defined argumentation as “the discourse by which evidence is adduced to give credit, authority and foundation to our proposition”.

Through it, a reasoning is expressed in written form around a theme . For example, an argumentative text could be one that is in favor of abortion, containing arguments in favor of it, and arguments against its prohibition.

Through it, the sender expects the receiver to show some kind of reaction after hearing or reading the text. This function therefore focuses on the receiver.

However, it is not the only function it fulfils; also fulfils a reference function , through the exhibition elements mentioned. This function alludes to the fact of transmitting objective information about the world around us; that is, it focuses on showing, expressing, communicating, conveying ideas, etc.

An argumentative text can be of different types: scientific, philosophical, political, journalistic, opinion, judicial… depending on the subject matter and its characteristics. Let’s see in a summarized way what some of them consist of.

A scientific argumentative text, in turn, can be of different types, depending on the subject matter: psychological, theological, linguistic…

The essential characteristic of scientific texts is that they are based on facts and data , that is, their arguments are developed through solid empirical knowledge. In other words, they are based on proven or demonstrable facts, and also on statistical data.

Within this type of text we find as examples scientific articles, research reports, theses, etc.

In argumentative journalistic texts the purpose is the same, to persuade the reader to share an idea or to reject it . However, here a more partial point of view is adopted than in the scientific text, and the importance of creating an understandable narrative gains ground over the importance of exposing concrete data.

Examples of this type of text are critical reviews (for example, a review of films, music, gastronomy…) and reader’s letters (where they express their opinion on some issue).

Legal or judicial texts may be intended, for example, to prevent the reader from taking legal action against the issuer, or to change some type of statement, revoke an accusation, etc. In other words, seek the reaction and response of the receiver in relation to some legal issue .

On the other hand, legal texts usually set forth a series of conditions or restrictions regarding some type of action. They are usually prepared by lawyers, judges or notaries .

Examples of this type of text, or elements that are usually found in this type of document, are: sentences, declarations, appeals, court notices, etc.

Oral debates, when they take place within a formal context, have an argumentative text behind them. Oral debates can take place in opinion forums, for example, or on television as part of a political campaign, etc.

In them, various speakers present their vision, point of view or perspective in relation to a common theme.

Argumentative texts, moreover, are widely used in advertising and propaganda , to persuade the recipient to buy a certain product or hire a certain service; they are also used to support awareness campaigns.

On the other hand, in oral language and that we use every day, there are also many ideas that could be found in an argumentative text (which is written).

These examples can be found not only in informal contexts (family, street…) but also in formal contexts (in round tables, in political debates, in work meetings, etc.). In this way, although they are not strictly argumentative texts (because they are not written documents, but rather oral language), we do use arguments daily , as well as other elements that we can find in this type of texts.

Generally, an argumentative text consists of these essential sections: an introduction, the development (argumentative body) and a conclusion.

It can also be called framing; here it is a matter of introducing the subject matter to be discussed, rather briefly . The main ideas that will be developed in the body of the text are presented, and therefore it is written in a way that allows the reader’s attention to be drawn to it.

Furthermore, it also aims to create an initial favourable attitude towards the topic (or controversy) that the argumentative text will deal with. After the introduction, and before the development, the thesis of the text is written, that is to say, the main idea on which it will be reflected. The thesis may cover one idea or several.

The development of the text, also called the body of the argument, and is formed by the main arguments that aim to convince or persuade the reader . In this section we try to expose and argue all the ideas, through examples, proofs, inferences, etc.

The aim is to support a thesis or refute it (depending on the type of text), through a solid base of knowledge and theoretical contributions.

In other words, it is a kind of synthesis or summary that allows the reader to be fully persuaded or to “prove” that what has been said has a solid argumentative basis. Thus, it gathers together the initial thesis and the main arguments of the text, in order to arrive at the consequence that is extracted from the study of a series of data or statements (that is, to arrive at a conclusion).