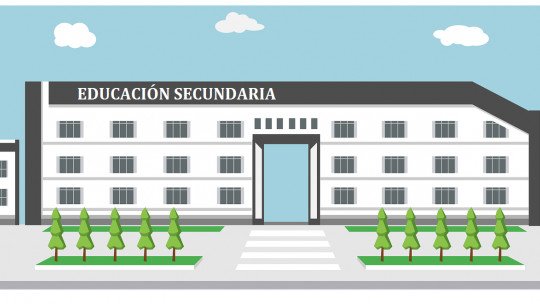 Educational psychology counselling is defined as an intervention coming from an external and independent agent to the advised body (the educational centre and its professional components) in which a relationship of collaboration is established between both parties with the aim both of facing possible problems that may arise in the exercise of professional teaching practice, and in the overall prevention of their future appearance.

Thus, two main objectives can be distinguished in educational psychology counselling: the clinical one, or “direct intervention” in real and current dysfunctional situations, and the “training of the professional”, more related to the preventive aspect.

Cox, French and Loucks-Horsley (1987) made a list of the functions attributable to the advisory group, which were differentiated according to three different phases of development of the advisory intervention: initiation, development and institutionalization.

As regards the initiation phase, the advisor must assess the needs, capabilities and resources presented by both the educational centre and the client with whom it collaborates, as well as the set of end users who are the beneficiaries of the action. In addition, must carry out an assessment of the type of practices applied in the centre , as well as the preparation of the list of objectives and goals to be achieved with the intervention.

Similarly, it will have to work on the creation of its proposal to improve the current practice of the centre by providing training in new work strategies; organising and assigning different functions to the teaching group; acting on the optimisation of both material and non-material resources; and finally, facilitating the establishment of a positive and committed link of collaboration between the different parties involved in the intervention process.

In the development phase, the advisor must emphasize the offer of training in the solution of concrete problems existing in the educational practice of the centre in question, as well as follow up on the proposals of the changes suggested and carry out an evaluation of this process.

In the final phase of institutionalisation, the aim is to incorporate the set of actions carried out into the list of guidelines and curriculum of the educational centre in question. Also an assessment and monitoring of the implemented programme is carried out and teacher training continues (especially in the case of new incorporations to the staff) and the provision of resources to enable its continuity once the advisory group has finished its work at the educational centre.

Among the characteristics that define the psycho-pedagogical counselling service, it should be noted, first of all, that it is an indirect intervention, since the counsellor works together with the professionals of the centre (the client) so that the orientations given are finally returned to the students (final users). Therefore , it could be defined as a “triadic relationship”, in which a commitment is established between the advisory group and the client .

On the other hand, as mentioned above, this is a cooperative, consensual and non-hierarchical relationship in which both parties are committed to working together as equals. Finally, being an independent body, the advisory group does not exercise any position of authority or control over its client, and therefore its relationship is understood to be non-binding in nature.

Possible criticisms of the role of the educational psychologist

As stated by Hernández (1992), some of the criticisms regarding the role and intervention of the advisory figure in the school refer to the feeling reflected by the team of teaching professionals of a decrease in their own autonomy in the performance of their daily work.

Moreover, linked to this feeling of lack of freedom of action, the teaching staff may develop the idea that their task is limited to carrying out bureaucratic procedures , thus limiting their creative capacity to make possible innovative proposals. On the other hand, the fact of understanding the advisory group as a mediating agent between the administration and the educational system may diminish the connotation of independence of the advisory figure.

Counselling in the educational centre

In the proposal made by Rodríguez Romero (1992, 1996a) on the general functions performed by the figure of pedagogical advice in the field of education, the following are highlighted: training, guidance, innovation, supervision and organization.

With the exception of the supervisory function, the remaining four have been accepted and agreed upon without any theoretical or practical questioning. With regard to the supervisory function, yes there is some discrepancy in that in the intrinsic nature of the advisory function itself it is understood that the relationship established between the advisory body and the advised body is one of cooperation, defined by a link between equal parties. Thus, the concept of supervision conflicts with this type of operation, since the latter term is associated with a connotation of asymmetry or hierarchy, with the supervisory body being at a higher level, while the supervised body would be at a lower level.

As indicated above, two are the main functions of educational counselling teams :

The first is related to the solution of real problems that already exist in the functioning of daily teaching practice. This “remedial” function focuses on the problem situation itself and aims to provide a solution at a more specific level.

The second refers to a more preventive or “training” objective and is oriented towards providing advice to the team of teachers in order to provide them with strategies and resources to favour the good functioning of their professional practice and to avoid future problems. Thus, the assessment does not focus on the problematic situation, but rather on intervention in the teaching staff as a whole in order to provide them with certain skills and competencies to be carried out in their teaching task in general.

This second option is the central function in the EAP equipment, although they can also be dedicated in a complementary way to the first one.

A significant consideration regarding the particularities of the EAP teams refers to their characterization as a highly professional and competent group in the field of educational counselling. This means that this figure has a high connotation of collegiality in its area of professional activity. Derived from the traditional generation of certain types of criticism related to the establishment of a clear and specific definition of what exactly a psychoeducational counselling team is and what its specific functions are (role conflicts), an internal movement of self-assertion has been generated with the aim of combating these criticisms from other external groups.