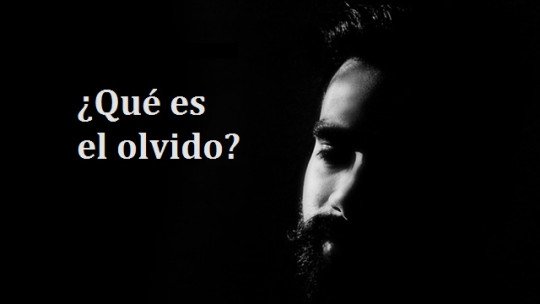 What did you have for dinner last night? When was the last time you cried? What did you do on the morning of April 15, 2008? How did you celebrate your third birthday? You probably didn’t know how to answer all these questions. Why do you forget so much?

Let’s see what the neuropsychological mechanisms are that explain this phenomenon.

The memories are not permanent, since they are maintained in a continually changing tissue in which some neurons die and certain connections change or weaken. This means that not only can we lose the accessibility of stored information, but also its availability in our cognitive system.

What is the difference between the two concepts? According to Endel Tulving, accessibility refers to the ease with which a stored memory can be retrieved at a given time, while availability refers to the presence or absence of a trace in the memory store.

Thus, an experience may seem lost in its entirety just because an appropriate recovery key has not been presented to evoke the memory. This would make the information inaccessible at the time of recovery, but not necessarily a loss of availability, so that it could be retrieved at another time.

Based on the studies carried out on memory, two types of forgetting can be distinguished: intentional forgetting and incidental forgetting . The first undertakes processes or behaviours that intentionally decrease accessibility for some purpose, while the second occurs without the intention of forgetting. This article will focus on the latter, showing some factors that encourage and decrease it.

Now, what factors play a role when we simply forget some relevant data?

The forgetfulness curve (described by Ebbinghaus), shows a logarithmic decrease in memory retention as a function of elapsed time (known as footprint decay). That is, as time passes we remember less information.

However, it is impossible to control factors such as the review of memory or the storage of new experiences, which generates interference, and it is difficult to empirically demonstrate the effect of time per se.

Other factors to consider are context fluctuations and interference.

When the incidental recovery context does not correspond to the context present during coding , forgetting is more likely. Over time the contextual changes are generally greater, since the world changes and so do we. An example is the case of childhood amnesia, which refers to the difficulty most people have in remembering the first years of life.

One possible cause is that children experience things very differently from the adults they become, things seem relatively larger in childhood. (However, the maturation process they are in must be taken into account, as they have not yet developed the brain as an adult.)

Interference refers to the difficulty of retrieving similar stored traces. We are able to remember more easily and for longer experiences that are unique and easily distinguishable. Therefore, sticking to routines makes life less remembered .

The interference becomes greater when the key that allowed access to the memory footprint object is associated with additional memories, because several items compete with the objective of accessing the consciousness (competition assumption). That is, if we store information similar to the consolidated one it is more difficult to access it. For example, the memory of a summer. We will remember more easily the year we visited our neighbour’s village (unique experience) than the summer we went to our own, since in the second case, as we go there every year, it will be difficult to discern what specifically happened in each one.

4. Presentation of part of the keys of the set

When part of a set of items is presented, the ability to remember the remaining items in the group is weakened.

This is due to exposure to one or more competing items , which aggravates the problems we encounter in recovering a certain objective memory. The logic, following the interference situation described above, is as follows: if the presentation of some items in the set strengthens the association of those items with the key, the strengthened items will produce more competition during the recovery of the unpresented items and will impair the recall.

For example, when we do not remember a word (it is “on the tip of our tongue”) it is not beneficial for our acquaintances to offer us a long list of terms as this will encourage accessibility of the terms, but not of the word in question.

A paradoxical characteristic of human memory is that the very act of remembering causes oblivion. The intentional retrieval of an experience produces an effect on memory.

If memories are recovered periodically, their resistance to forgetting increases . However, we must be cautious about what is being recovered, because if we recover the experience on several occasions, we may be evoking the memory of what we have previously recovered (with its own context and details), and not the original situation.

This means that the more often we retrieve an experience, the more recovery events will exist in our memory. As long as the information retrieved is increasingly accurate and complete, the process will improve the memory. However, if the memories are incomplete or inaccurate (due to interference during attempts to reconstruct the event), what we remember may not be what originally happened.

For example, by selectively reviewing only some topics that enter for an exam (due to lack of time), unreviewed material will be impaired, especially if it is related to the reviewed material.

What are the factors that stop incidental forgetfulness?

Jost’s Law says that if two memories are equally strong at any given time, the older one will be more durable and will be forgotten more slowly. Thus, it is widely accepted that, in principle, new strokes are more vulnerable until they are gradually etched into the memory through the process of consolidation.

The second holds that the hippocampus is necessary for memory storage and later retrieval (since it constantly reactivates the brain areas involved in the initial experience), but its contribution decreases over time until the time when the cortex itself is capable of retrieving the information. Until memory becomes independent of the hippocampus, it is more vulnerable to forgetting.