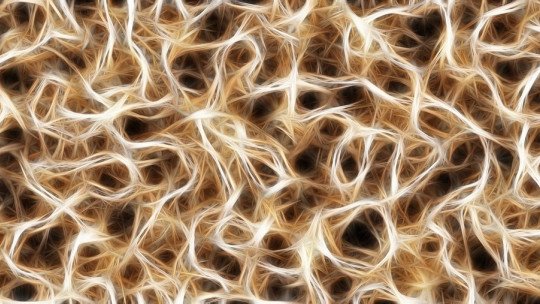 The functioning of our nervous system, which includes the brain, is based on the transmission of information . This transmission is of an electrochemical nature, and depends on the generation of electrical pulses known as action potentials, which are transmitted through the neurons at full speed. The generation of pulses is based on the input and output of different ions and substances within the neuron membrane.

Thus, this input and output causes the conditions and the electrical load that the cell normally has to vary, starting a process that will culminate in the emission of the message. One of the steps that allows this process of information transmission is depolarization .This depolarization is the first step in the generation of an action potential, i.e. the emission of a message.

In order to understand depolarization, it is necessary to take into account the state of the neurons in circumstances prior to this, that is, when the neuron is in a state of rest. It is in this phase when the mechanism of events begins that will end in the appearance of an electrical impulse that will travel through the nerve cell until it reaches its destination, the areas adjacent to a synaptic space, to end up generating or not another nerve impulse in another neuron by means of another depolarization.

When the neuron does not act: resting state

The human brain is functioning constantly throughout its life. Even during sleep, brain activity does not cease , it simply slows down the activity of certain brain locations to a great extent. However, the neurons are not always emitting bioelectric pulses, but are in a state of rest that ends up being altered to generate a message.

Although due to the diffusion force (or tendency of a fluid to distribute itself uniformly, balancing its concentration) and to the electrostatic pressure or attraction between the ions of opposite charge, the internal and external environment should become equal, this permeability makes it very difficult, and the input of positive ions is very gradual and limited .

In addition, the neurons have a mechanism that prevents the electrochemical balance from changing, the so-called sodium-potassium pump , which regularly expels three sodium ions from the inside to let two potassium ions in from the outside. In this way, more positive ions are expelled than could possibly enter, keeping the internal electrical charge stable.

However, these circumstances are going to change when it comes to transmitting information to other neurons, a change that, as mentioned, begins with the phenomenon known as depolarization.

Depolarization is the part of the process that initiates the action potential . In other words, it is the part of the process that causes an electrical signal to be released, which will eventually travel through the neuron to trigger the transmission of information through the nervous system. In fact, if we had to reduce all mental activity to a single event, depolarization would be a good candidate for this position, since without it there is no neuronal activity and therefore we would not even be able to stay alive.

The phenomenon itself to which this concept refers is the sudden large increase in the electrical charge inside the neuronal membrane . This increase is due to the constant of positively charged sodium ions inside the neuron membrane. From the moment this depolarisation phase is produced, what follows is a chain reaction thanks to which an electrical impulse appears that travels through the neuron and travels to an area far from where it has been initiated, capturing its effect in a nerve terminal located next to a synaptic space and is extinguished.

The role of sodium and potassium pumps

The process begins in the axon of the neurons, an area in which a high amount of voltage-sensitive sodium receptors are found. Although they are normally closed, in a state of rest, if there is electrical stimulation above a certain excitation threshold (from -70mV to between -65mV and -40mV) these receptors will open.

Since the interior of the membrane is very negative, the positive sodium ions will be strongly attracted due to the electrostatic pressure, entering in great quantity. At the same time, the sodium/potassium pump becomes inactive, so no positive ions are removed .

Over time, as the interior of the cell becomes more and more positive, other channels are opened, this time of potassium, which also has a positive charge. Due to the repulsion between electrical charges of the same sign, the potassium ends up coming out. This slows down the increase in positive charge to a maximum of +40mV inside the cell .

At this point, the channels that started this process, the sodium channels, end up closing, so depolarization comes to an end. In addition, they will remain inactive for some time, preventing further depolarization. The change in polarity produced will be transferred along the axon, in the form of an action potential , to transmit the information to the next neuron.

Thus, with time it will produce a return to the original state, having a repolarization, and even will reach a point known as hyperpolarization in which due to the continuous output of sodium the load will be less than that of the rest state, which will cause the closing of the potassium channels and the reactivation of the sodium/potassium pump. Once this is done, the membrane will be ready to start the whole process again.

It is a system of readjustment that allows a return to the initial situation despite the changes experienced by the neuron (and its external environment) during the depolarization process. On the other hand, all this happens very quickly, in order to respond to the need for the functioning of the nervous system.