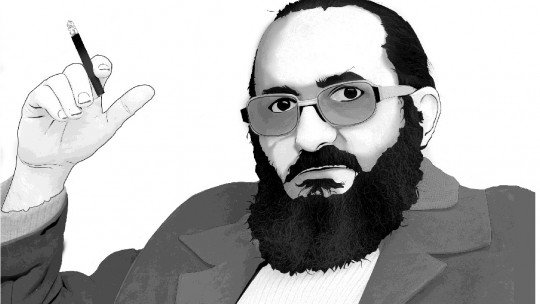 The philosophy and the work of the Brazilian Paulo Freire have left a very extensive mark both in pedagogy and in the social sciences because they have made it possible to establish dialogues and reflections on the development of educational practice in different contexts, especially in Latin America.

In the following we will describe in an introductory way one of the key concepts of his work: Popular Education .

The background of pedagogy can be traced back to the early stages of Western philosophical thought. However, school and education as institutions that aim at the socialization of the young are mainly based on the values of the modern age.

In Latin America, modern educational institutions and practices were consolidated at the end of the nineteenth century along with other economic and political systems that had many consequences, some of them conflicting and even painful for oppressed populations and groups.

From there, different strategies were proposed, including school and public education. But their response was soon insufficient, and so other alternatives were also developed in the field of social sciences, which were largely driven by the thinking of the Brazilian pedagogue Paulo Freire .

What is Popular Education?

Popular Education is a current of thought and action, that is, a theoretical and methodological orientation within the area of social sciences (although its strongest application has been in pedagogy and social and community work), which has been very important for the development of programs aimed at the “popular” sector.

In more practical terms, the concept of Popular Education has been useful to exercise a resistance to the dominant models, not only educational but also political and social .

In this sense, it is a practice that seeks to create fairer and more humane societies in defense of human rights, identities, gender, environment, (among other phenomena that express social problems), trying to modify the role of the actors that are little considered or that are normally considered as passive in the official models.

Where does it come from? Some background

Popular education is nourished by cultural and community theories and is characterized by being an integral proposal with political and ethical commitments. It is based on participation, dialogue and the recognition of different knowledge during educational practice, which is understood to occur not only within the school, but also in different spaces.

It is developed from the philosophy and proposals of Paulo Freire, who had made a long journey through places in Latin America, whose main characteristic was political oppression.

Freire had been linked to different movements and participatory organizations and from there he was interested in systematizing some of his experiences. He had recognized the need to strengthen social actors, and to foster environments of participation and changes in mentalities through cultural and social production.

Some of these organizational projects are, for example, the Movement of Popular Culture of Recife where Freire coordinated the project of Re-education for Adults. Likewise, the current of Popular Education is influenced by different social and political phenomena that gave rise to the development of theories such as liberation theology, the theory of marginality or popular promotion, especially in the 1960s.

Education as the practice of freedom

The intention of Popular Education is to develop strategies to strengthen and preserve the community; more specifically, communication and political organization of popular sectors that have been historically oppressed (understanding that these strategies should not be imposed, as had traditionally been the case in Latin American territory).

In other words, understands pedagogy as a communicative action that has effects on the construction of the person and the collective .

From there, Popular Education reflects on the role of the educator and allows to go beyond the position of authority or to conceive him/her as the only bearer of valid knowledge; but it understands the educator as a mediator in the educational space.

This makes it possible to consider the contradictions that educational practice itself generates in the educator, who is constantly faced with the need to decide between opening up to diversity or using the logic of imposition.

For this current, education is not a purely mechanical process, but rather a process that must take into account the subject of education, that is, its culture, its knowledge, its history, its expectations and its possibilities for projecting a future. In other words, it seeks to recognize the other as a subject of knowledge, and not as a passive subject.

One of the problems that Popular Education currently faces is that it has often been equated with training, projects or programs developed by NGOs but which again leave social actors as passive. For this reason, has been a project in constant construction and debate that has inspired numerous social movements , not only in Latin America but around the world.