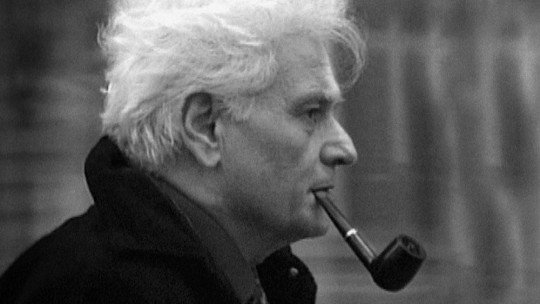 In some scientific and philosophical traditions it is proposed that reality is something objective and neutral that exists outside our minds and independently of our social activity; therefore, it is proposed that we can access it by a set of methods that will represent it as it is (for example through scientific models).

In view of this, there are currents of thought and human sciences that have made some criticisms, for example, the so-called poststructuralist current . This is a controversial and constantly debated term, which has had repercussions on the way the human and social sciences are carried out.

Next we will see in a general way what post-structuralism is and how it has affected psychology .

What is post-structuralism? General definition and background

Poststructuralism is a theoretical and epistemological movement (related to how knowledge is constructed) that arises mainly within the human sciences of French tradition and that has repercussions on the way of doing philosophy, linguistics, science, art, history, psychology (in general in the human sciences) in the West.

It emerged from the second half of the 20th century, and the term “post” does not indicate the passage from one era to another but the emergence of new ways of doing human sciences. In other words, post-structuralism is a strong criticism of the structuralist current , but without leaving it completely.

On a theoretical level it originates mainly from linguistics with influences from psychoanalysis with structuralist roots ; as well as from feminist movements that question how women had been represented both in literature and in general culture.

Poststructuralism applied to the human sciences pays attention to the meanings and the way a subject produces itself, especially through language (a language that is understood not to represent reality as it is, but to construct it at the same time). For this reason, two of the concepts that most appear in the poststructuralist stream are subjectivity and meaning , although many more could be mentioned.

There are times when post-structuralism is described as a way of bringing out the hidden meaning of texts. However, it is not so much a question of revealing the hidden meaning, but rather of studying this meaning as a product of the systems of representation (of the modes and processes we use to order and describe reality).

That is, it is a movement that questions the logic of representation on which the human sciences were based; because the latter is a logic from which the idea that there is a reality that is neutral has been built, as well as a series of possibilities of knowing it “objectively”.

Through its understanding of meaning, poststructuralism positions itself as a challenge to the realism that had marked the way of doing human sciences, relativizes the traditional way of knowing the world, and tries to avoid essentialism (the idea that a thing, for example a human being, is what it is because of the existence of a true essence that can be apprehended).

Specifically in linguistics (although this has repercussions on the way science is done), post-structuralism is also defined as a critical practice that seeks plurality; arguing that the meaning or sense of a text is not only given by the author, but is also constructed through subjectivity, during the reading, by the reader.

From there also arises the concept of intertextuality , which indicates that a text of any type is a heterogeneous product, a result of many ideas and many meanings, which in turn implies a logic of subversion that makes it difficult to define with traditional logic and languages.

Has it been relevant to psychology?

Psychology is a scientific discipline that has been nourished by many other disciplines, that is why it is not a homogeneous science but has generated many currents and many different practices. Since it is a discipline that seeks to understand the processes that constitute us as human beings, in a biological, psychic and social framework, psychology has been constructed by different philosophical and scientific currents over time.

The poststructuralist approach transformed a part of psychology because opened the door to creating new research methods , other options for understanding reality, and with this, new theories and models of identification, some of them even with political implications. It allows us to pay attention, for example, to the relations between identity and otherness, and to redefine concepts such as identity, subjectivity, subject, culture, among others.

To give a more concrete example, scientific practice became more heterogeneous when feminist theories related to post-structuralism proposed that social and individual reality (and science itself), are processes that have been built from apparently neutral experiences, but are in reality male experiences and blind positions to other experiences, such as those of women.

Although poststructuralism escapes a single definition and its elements are constantly debated, in sum, we could say that it is a theoretical tool that has served to understand some processes, especially in the field of human and social sciences, which have allowed the creation of political alternatives during its study.