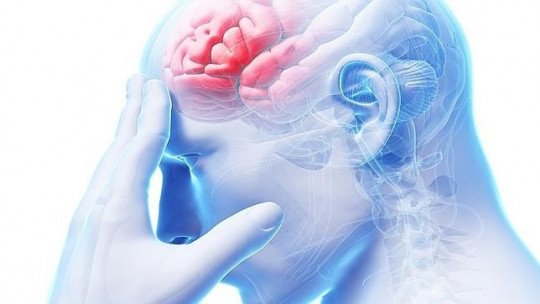 The frontal lobe is one of the most studied and interesting parts of the brain from the point of view of psychology, neuropsychology and neuroscience in general. It is not only known for being the largest lobe in the human brain, but also for the very important functions and capacities whose existence we owe to this structure . What capacities are these?

Basically the functions of the frontal lobe are all those that we attribute exclusively to the rational beings , with their own criteria, with the possibility of acting according to complex strategies and well prepared to live in very large societies.

The importance of the frontal lobe

The difference between having a frontal lobe like that of healthy adult human beings and not having one is the difference between being an organism basically guided by impulses and emotions and another one that, despite being motivated fundamentally by emotional states generated by the limbic system, is capable of postponing these impulses in order to follow elaborate plans and opt for achieving abstract objectives or situated at a very distant point in time.

However, the role of the frontal lobe goes beyond being a set of neurons and glia that allows for long-term thinking. We will explore its potential in the following lines.

The frontal lobe is an anatomical structure located in the most frontal part of the brain, that is, closer to the face. It is separated from the parietal lobe by the Roland’s Fissure or (or Central Fissure) and from the temporal lobe by the Silvio’s Fissure (or Lateral Fissure). Furthermore, in the human brain the frontal lobes are the largest of all, since occupy approximately one third of the entire cerebral cortex .

Although it can be considered one of the many parts of the brain, it should be noted that the frontal lobes do not work by themselves, and only make sense as a brain structure when they work in coordination with the rest of the brain.

It is often said that the frontal lobe is the part of the brain that most differentiates us from other animals . Although it is true that the brain of our species is different from the rest in many more aspects that affect its globality, this statement is partly true.

Why? Because our brain lobes are not only proportionally the largest, but also the only ones that make a wide variety of unique functions and capabilities possible.

The importance of executive functions

The frontal lobes of the brain are especially notable for being heavily involved in so-called executive functions . These functions are those we associate with cognition and decision making: the use of memory, planning, selection of objectives, and the resolution of specific problems that have to be addressed by focusing attention on specific aspects.

In general terms, it can be said that the frontal lobe of each hemisphere s goes to convert the information about the environment into matter from which to decide what to do and to design a plan of action to intervene on what surrounds us. In some way, it is the part of the brain thanks to which we stop becoming passive subjects to become active agents, with the capacity to change things by responding to specific objectives chosen by us based on what we have been learning.

Front lobe does not operate in isolation

Of course, all this doesn’t make him alone. It is impossible to understand how the frontal lobe works without also knowing how other structures in the brain work , from which it not only receives information but also works by coordinating with it in real time and at a dizzying speed. Thus, for example, in order to initiate a sequence of voluntary movements, the frontal lobe needs the basal ganglia to be activated, related to the execution of automated movements resulting from past experiences and continuous repetition.

Some basic functions of the frontal lobe

Among the executive functions and processes that we associate with the frontal lobe we can find the following:

That is, the capacity to think in the abstract about things that are only present in our imagination , since we do not evoke by the fact of being registered by our senses in that particular moment. It is also important to note that this type of thinking can have various degrees of abstraction, which includes the possibility of thinking about how we think. It is in this type of process that Cognitive-Behavioural Therapies intervene.

Injuries to certain parts of the frontal lobe cause working memory to be affected . This means that the frontal lobe has a role in keeping in a “transitional” type of memory information about a problem that needs to be solved in real time, and that once this is solved it will lose its value. Thanks to this cognitive capacity, we can carry out complex tasks in real time, tasks that require taking into account different variables and pieces of information.

It is currently believed that the frontal lobe allows for the projection of past experiences into future situations , all based on the norms and dynamics that have been learned along the way. In turn, this allows us to situate objectives, goals and even needs at a point far removed from the present, months or years away.

Thinking about the future allows us to imagine plans and strategies , as well as their possible results and consequences. The prefrontal lobe not only “creates” possible future scenes in our mind, but also helps us to navigate through them in pursuit of our own goals.

Thus, while other parts of the brain are designed to orient us towards more short-term goals, the frontal lobes allow us to aspire to goals of a more abstract nature, thanks to which we are able to cooperate, since the chains of actions that lead to achieving them are long and complex enough to accommodate more people.

Control of one’s own behaviour

The orbital zone of the frontal lobe (i.e. the lower frontal lobe zone, which is near the eye orbits) is in constant relation to the impulses coming from the zone of the limbic system, the structure in which the emotions originate. That is why one of its functions is to cushion the effects of these signals , to prevent certain emotional outbursts and impulses that need to be satisfied as soon as possible from hindering plans whose goal is situated in the long term. In short, all this facilitates self-control .

The frontal lobes allow us to attribute mental and emotional states to others , and that this influences our behaviour. In this way, we internalize possible mental states of the people around us. This, together with the fact that, as we have seen, frontal lobes allow us to plan with other people in mind, makes these areas of the cerebral cortex predisposed to create complex social tissues.

Parts of the frontal lobe

We could spend days, weeks, and even months recapitulating all the substructures that can be found in an ordinary frontal lobe, since it is always possible to shell one part into smaller ones. However, it can be said that the main areas of the frontal lobe are the following :

The motor cortex is the part of the frontal lobe involved in the processes of planning, execution and control of voluntary movements . It can be understood that it is in this part of the brain that information about the environment and about the information itself that is processed in the brain is converted into action, i.e. into electrical signals intended to activate muscles in the body.

The motor cortex is located right next to the Rolando fissure, and therefore receives a lot of information from the somatosensory area just across this “border”, in the parietal lobe.

It is in this area where most of the nerve impulses that will go down the spine to activate specific muscles originate.

The pre-motor cortex is the part of the frontal lobe responsible for making learning from past experiences influence movement technique. Therefore, it has a very important role in the movements that we constantly perform and of which we are “experts”, such as those associated with postural control and proximal movements (i.e., those performed with parts of the trunk or areas very close to it). It works by receiving information from the basal ganglia and thalamus, especially.

It is involved in performing very precise movements, such as those that require the use of the fingers in a coordinated manner.

Many of the characteristics and features that we exclusively attribute to our species have their neural base in this region of the frontal lobe: the capacity to repress impulses and to think about abstract ideas , the imagination of possible future situations based on what we have seen in the past and the internalization of social norms. In fact, some faculties and cognitive functions that are normally attributed to the frontal lobes in general, exist, specifically, thanks to the prefrontal cortex, which is the region of the cortex that has evolved most recently.

This area is involved in performing concrete movements to articulate speech . Therefore, from here signals are emitted that will go to the tongue, the larynx and the mouth.