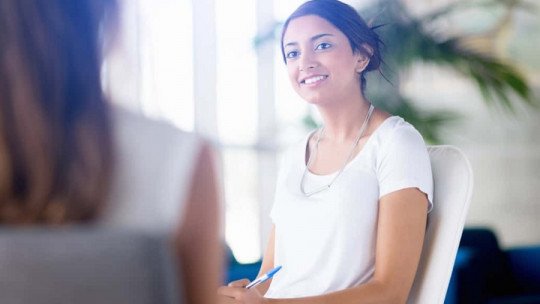 We are all susceptible to feeling more or less shy in social situations. Especially those who are prone to shyness, will experience moments that can generate a certain rush to relate to others, but there are more extreme cases.

Let’s see what is and what is the treatment of social phobia , which has to do with the intense fear of social interactions.

The keys to understanding social phobia

Social phobia is linked to an intense and disproportionate anxiety reaction to social situations , which can cause anxiety crises and lead to low self-esteem, low mood and avoidance of social situations. Over time this can lead to serious impairment and limitations in daily life.

The person suffering from social phobia knows that his or her fear is disproportionate, but cannot help but be driven by fear even though he or she knows it is irrational .

Like any phobia, the physiological reaction of anxiety is so strong that it is costly at first to cope with the feared social situations without running away, even when adjusting one’s thinking and trying to rationalize.

These are the main symptoms of social phobia, to be taken into account in its psychological treatment.

The physical symptoms of social phobia are basically the symptoms of the anxiety crisis, and they appear in the feared situation and even when thinking about it:

Thoughts related to the fear of being disqualified, disliked or humiliated predominate, denoting low self-esteem:

Faced with this intense fear of relating to others, the person with social phobia presents a tendency to avoid social situations such as asking for information, asking in public, participating in conversations, going to meetings, etc.

The person with social phobia may have high anxiety in a group of two or three people, but will be much more intense the larger the group , so he or she will try to always relate to only one person, considering it more controllable and less risky.

What is the treatment for social phobia?

In therapy it is common to care for people who suffer from social phobia. Today, social networks and the virtual make it easier to avoid relationships, so they can live a long time without facing their fear.

The suffering is high and frustration, low self-esteem, sadness and feelings of hopelessness are some of the emotional symptoms they suffer. For our team of psychologists these are the symptoms to be treated most urgently, in addition to the progressive exposure to social situations in the most controlled way possible, so that social relationships are considered safe spaces.

The treatment from cognitive-behavioral psychology has proven to be very positive and efficient , as well as the third generation therapies of acceptance and commitment.

During therapy, special importance is given to how one interprets the interaction with others , learning to adjust the thought when it is very negative. It is very important to recognize the cognitive distortions that provoke emotions of shame or intense fear that lead to avoidance, in order to learn to think in an adjusted and realistic way.

Deepening the causes is also part of the therapy, so it is important to de-traumatize old situations that still weigh heavily in order to unblock them on an emotional level.

It is fundamental to re-establish self-esteem and confidence, reinforcing the patient’s capacities at the same time as training in progressive exposure to social situations , without hurrying and from less to more coping. With all this, the aim is to improve mood as achievements are made and to improve self-perception.

It is also fundamental to work on social skills; to relativize the opinion of others and not give them so much power; to lose the fear of conflict by learning to get angry and express opinions, rights or needs in an assertive way; to be aware that we cannot fulfil all the expectations of others to be loved and learn not to attribute responsibility for everything to ourselves for fear of being angry with us or judged.

Social phobia tends to have its origin in more or less traumatic situations, normally occurring in the early stages , above all in adolescence, and in relation to social situations that are experienced as unpleasant or humiliating.

A bad experience in class speaking in public, feeling that others laugh every time you speak, having made a mistake in front of others, having felt judged or criticized… are some examples of possible triggers of social phobia.

To this is added a certain susceptibility due to the fear of criticism, of being judged, fear of conflict , an excessive need for approval and the need to be liked and a tendency towards internal attributions or feeling responsible for everything.

It can also be influenced by having grown up in family environments where personal disqualification has been abused without fostering good self-esteem or, conversely, where social relationships have barely developed due to excessive protection.

Social phobia tends to occur at an early age (Kendler et al, 1992) and the appearance of other possible disorders is usually subsequent to the development of this disorder; this is why at Avance Psychologos we are aware that early detection and treatment is essential.