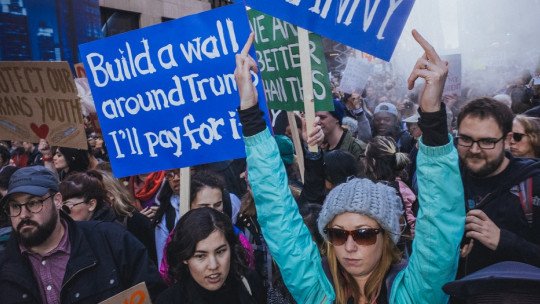 A society is characterized by being made up of a large number of people or individual subjects, with their own characteristics and idiosyncratic ways of thinking. However, there are a number of common norms or thoughts within a society that create a web of beliefs, assertions and universal social norms.

One of the proposals that tries to explain this phenomenon is the theory of social representations . In this article we will try to review what this theory consists of, as well as the main characteristics of these representations, their elements and their functions.

What is the theory of social representations?

Throughout the history of psychology there have been several authors who have tried to develop the concept of social representation, however this theory finds in the social psychologist Serge Moscovici its greatest representative .

In 1961, Moscovici published his doctoral thesis in which he first mentioned the concept of social representation. Although the definition of this term has evolved over the years, its essence remains intact.

Social representations provide a common communication code with which to name and classify in a group way the different aspects of the world we live in. Likewise, these systems of codes, principles and classificatory judgments shape and guide the way in which people act in society, since they establish the rules and limits found within the collective conscience.

In other words, the theory of social representations establishes that there is a form of social or collective thought through which individuals obtain a certain common perception of reality and furthermore, act in relation to it.

In order to facilitate the understanding and delimitation of the concept of social representation, the various theorists who study it have drawn up a list of the characteristics that define it and differentiate it from other phenomena of social thought.

1. Refers to a specific aspect

An example can be stereotypes, which from a perception establish a sentence or resolution in a universal way.

The transformation of concrete aspects into universal mental images allows the simplification of these, making them much more accessible and understandable for society .

3. They are in constant evolution

From the moment of the appearance of a social representation it is in constant construction and evolution. This work of elaboration is both of a personal and group nature, which means that individuals are not passive subjects who absorb social representations, but rather manufacture and transform them by adapting them to the present moment.

4. They have a social character

As its name indicates, social representations are social because they are created and shared by a group of people with the purpose of categorising a phenomenon or social event , explaining its characteristics and incorporating it into reality.

5. They start from common sense

Social representations form a kind of natural, non-institutionalized thought that finds its basis in common sense. From the communication between people and the media a new element or image is integrated into the collective thought and discourse.

6. They are cognitive-affective structures

This phenomenon has an affective aspect. Social representations are cognitive-affective structures that interpret, explain, choose, connect and interrelate all data coming from the environment.

7. They have a practical function

Finally, social representations have a practical purpose that allows to use them as a guide of orientation and behaviour that enables the person to interact satisfactorily with the society around him.

Elements that make them up

The theorists of social psychology establish the existence of three main elements that are found within social representations. These elements are: the information or content, the object and the subject.

In order for a social representation to be formed, it needs to have content. This content is made up of all the information, knowledge and know-how that exists around a social object or phenomenon .

Within this content we can find three different dimensions:

Evidently, such information must be related by necessity to a social object, phenomenon or event, which constitutes the central element of the representation.

Finally, social representations need a subject or group of subjects that assimilate and transmit them . The individual or individuals are the active agents that perceive the social phenomenon, elaborate the contents of the representation and share them with the rest of the persons.