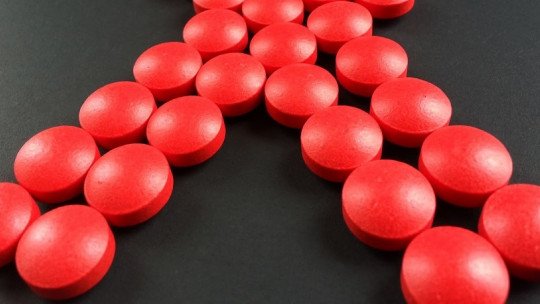 “Voltaren” is the most common trade name for diclofenac , a drug commonly used to treat pain and inflammation and other related symptoms.

In this article we will describe what Voltaren is, what it is for and how it differs from other pain medications . We will also discuss when diclofenac should be avoided and what side effects it can cause.

Like Ibuprofen, Aspirin or Enantyum (dexketoprofen), Diclofenac is part of the group of drugs known as “NSAIDs” (non-steroidal anti-inflammatory drugs). These drugs inhibit the synthesis of prostaglandins, compounds that influence inflammation and pain.

It can be given in tablet form, as a cream, as an injection, as eye drops and as a suppository. In Spain diclofenac gel is marketed as Voltadol and Voltaren Emulgel, while the other formats can be found simply as “Voltaren”.

Although diclofenac is generally available without a prescription , in some countries it requires a prescription, especially the higher strength variants of the drug.

Differences with other medications

NSAIDs are less harmful to the digestive system than steroidal anti-inflammatory drugs such as cortisone and cortisol, but they can also produce stomach symptoms if taken continuously.

Diclofenac and other NSAIDs are less tolerable than Nolotil for people with stomach and bowel problems . However, NSAIDs affect the blood less than Nolotil.

Paracetamol is generally recommended for the relief of mild pain because it is considered one of the safest painkillers, although diclofenac and other NSAIDs are not much more dangerous and are especially useful for some types of pain.

What’s the Voltaren for?

Diclofenac is effective in treating multiple types of pain of mild or moderate intensity related to inflammation. This medicine is especially effective in relieving the symptoms listed below.

One of the main indications for Voltaren is the treatment of joint problems such as arthritis, osteoarthritis, jaw pain and rheumatism, as well as extra-articular rheumatic pain .

It is also recommended for treating attacks of gout, a subtype of arthritis characterized by painful inflammation of a joint, often that at the base of the big toe. Gout is due to the accumulation of uric acid in the blood, which is more common in overweight people who consume a lot of meat and alcohol.

The Voltaren is very effective in treating inflammatory and painful symptoms caused by shock, regardless of whether the damage is to the bones, muscles or joints.

Voltaren and other medium strength painkillers are also commonly used after surgery.

Muscle and bone pain, whether acute or chronic , can be relieved by taking many different painkillers. Although not specific to this use, Voltaren can be effective in combating low back pain and back pain, among others.

Among the kidney pains for which diclofenac is recommended are those caused by nephritic colic or gallstones .

Period pain can be effectively relieved with diclofenac and other anti-inflammatory drugs. This is another main indication of Voltaren .

If they are very severe, menstrual cramps can lead to headache, dizziness, nausea and vomiting.

Diclofenac is effective in reducing chronic pain, especially pain related to inflammation. This may be the case with cancer pain, for which doctors often prescribe combinations of opioids such as codeine and NSAIDs such as Voltaren.

Among the inflammatory pains that we have not yet mentioned are dental pains, such as toothache and eye inflammation , which can be treated with diclofenac in the form of eye drops.

The most frequent side effects of Voltaren include skin rashes, headache, dizziness and vertigo . The most common gastrointestinal symptoms include lack of appetite, stomach pain, gas, heartburn, nausea, vomiting and diarrhoea.

Other less common adverse effects include breathing difficulties, swelling of the face, abdominal cramps and itching all over the skin.

If Voltaren consumption produces side effects, it is advisable to try other painkillers, if possible less aggressive.

Diclofenac should be avoided in the third trimester of pregnancy and during breastfeeding because the drug could affect the baby.

Because of its potential to damage the gastrointestinal system , Voltaren is contraindicated in people who have ulcers, irritable bowel syndrome or other similar conditions. The same is true for all NSAIDs, including ibuprofen.

It also appears that diclofenac increases the risk of arterial thrombosis and embolism more than other NSAIDs, so people with cardiovascular disease should also give priority to other painkillers.For all these reasons we recommend that Voltaren should not be used without a doctor’s prescription, despite how easy it is to obtain.

In addition, it is not advisable to apply diclofenac cream (Voltaren Emulgel or Voltadol) on wounds or eczema as it can aggravate these problems.