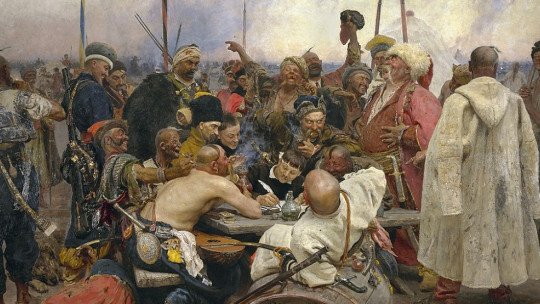 Since the beginning of humanity, people have developed around the establishment of groups and societies. The reason for this is that it is human nature to have a need to relate to others whom we consider equal, as well as a need to feel that we belong to a group that loves us.

On some of these premises is based the perspective of tribalism , a concept studied throughout the history of mankind and that, although in current Western cultures is not so common, there are still traces of tribalism in them.

Tribalism is a concept from the field of anthropology that refers to a cultural phenomenon by which individuals create groups or organizations of a social nature with which to identify and assert themselves as part of something larger.

Because it is a cultural phenomenon, tribalism tends to spread to virtually all areas of a person’s life, exerting a two-way influence. In other words, the person tries to leave a trace of his or her passage through the organisation and, in turn, the organisation itself influences the person .

In some cases, this influence can cover a large number of aspects of the individual’s life. Such as changes in behaviour patterns, political, religious or moral thinking, as well as influencing customs, fashions or the way language is used .

This concept encompasses two different but closely related definitions. On the one hand, we can understand tribalism as a social system by which humanity is divided into distinct organizations or groups known as tribes.

Today, the term tribe is attributed to those groups of people who share a set of common interests, habits, practices, traditions or a common ethnic origin . Throughout the world, there are an infinite number of these groupings, all with distinctive features and qualities.

The second meaning of the term tribalism is that it refers to a strong sense of cultural or ethnic identity . This feeling makes the person define and differentiate him/herself from another member of a different tribe. In addition, it also includes the feelings the person has towards his or her own group, as well as the satisfaction or pride of being in it.

It is very important to understand the differences between these two meanings of tribalism because although tribal societies are hardly developed in the West, tribalism understood as the creation of groups of people with common tastes is fully widespread.

In contrast to the idea of tribalism we find individualism. These two anthropological perspectives are completely antagonistic , although both aim to understand the person and modern societies.

Unlike tribalism, individualism is about the independence and self-sufficiency of each and every person. The followers of this perspective promote the realization of their own goals, as well as their own desires in isolation, based only on personal choices and without any outside influence or intervention.

Its main antagonistic perspectives are tribalism and collectivism , which defend a unity or association of people to achieve common goals.
Although it is true that traditionally the human being has been considered a gregarious animal, that is to say that he lives and develops in community. There is an extensive debate in the world of sociology and anthropology about which of the positions is more developed at present.

While some experts argue that people are increasingly tending towards de-individualization and group or collective living, they also specify that these new forms of tribalism differ greatly from traditional ones and that they are developing over time and with the transformation of societies.

On the other hand, those who maintain that individualism is currently more and more widespread in developed countries, defend that people and groups tend to individualization and isolation , as well as to decrease in the feeling of collectivity or achievement of common objectives.

In the latter case, part of the anthropological community is of the opinion that the individualistic tendency we are currently experiencing is in line with the development of the narcissistic tendencies that seem to be on the rise today.

These narcissistic tendencies that promote individualism are characterized by the following patterns or elements:

The emergence of urban tribes

The genesis and development of urban tribes is explainable within the theoretical framework that explains tribalism. The most common definition of urban tribes is that which defines them as groups of people, commonly of adolescent age, who follow common trends and practices or customs and who become visible through uniformity in dressing or expression .

The urban tribes are the expression in its maximum exponent of the current tribalism. These groups of people create their own vision and image of the world around them, new forms of interaction with the environment and different ways of expressing themselves not only through language, but also through dress codes, symbols, music, literature or art .