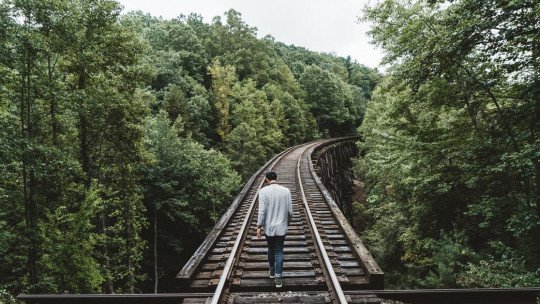 Moving to another country is not only a culture shock when you arrive at your new home and adapt to the local customs of the foreign land. Many times, is also a second shock, but it arrives with some time lag . Specifically, when we return to our country of origin and realize that everything has changed.

This is a phenomenon known as reverse culture shock, which is one of the consequences of the uprooting and anxiety that emigration brings with it. And it is a feeling as vivid and intense as it is difficult to describe.

Readjusting to what we thought we knew

When someone migrates to a faraway place, they not only have to invest time and effort in adapting to the new landscape and the customs that prevail there; they are also making another kind of sacrifice, even if this second one is not so noticeable. In particular, he is losing everything that happens in the place where he put down his roots and that is linked to his memories, his learned habits and, therefore, to his identity and self-concept.

This discreet facet of uprooting has another drawback. Unlike what happens when we struggle to adapt to the foreign country we have gone to live in, the impact of arriving home after several years and realising that we are no longer so attached to it is something that we do not expect, that surprises us and that, therefore, produces an extra dose of stress .

The reverse culture shock appears precisely in that friction with sparks between the country of origin we are visiting and what we expected to find when we arrived there.

Strangers in our own home

Time passes for all the mute, also for those who are going to live outside. That is why it is a hard blow to go home and realize not only that we have missed a lot of relevant events, but also that we don’t even know how to “move” around this place very well.

What friendships do we have left? Where have some of the businesses and shops we used to go to gone? How have the people we loved changed so much? All these questions, added to the fact that over time people in our social circle have become unaccustomed to spending time with us, can make us experience three sensations: isolation, confusion and doubts about one’s identity.

The reverse culture shock is precisely what is experienced when one feels that one does not fit in with the way of doing and acting with the culture to which one considered oneself to belong because one lived in it for many years in the past.

On the one hand, life in the country of origin has not remained static, but has evolved both materially and culturally. On the other hand, the way we act and think in the country to which we have also emigrated will have left a mark on our brain, even if we do not notice it , and that is why it is very likely that when we return home we will see everything with different eyes.

Returning home and not feeling entirely at home in one place or another makes us feel uprooted and need to readjust to life in the country that saw us grow up.

Going home and getting frustrated by not finding big stores open on Sundays, getting desperate with the way our compatriots talk, not finding ingredients we learned to love beyond the borders of our own country… The sum of these small daily events can make us feel frustrated and stressed, and even make our plans and schedules work well for a while.

Returning home in the best possible way means being clear that we will have to dedicate a minimum of effort to re-adjust to this place that is so familiar to us. In the end, both what we have learned during our years living abroad and what we forgot about our own land , going through what we thought would remain the same in our own neighborhood, can make us feel very lost, alone and confused if we don’t remedy it.

Re-learning to live in our country

What to do in these cases? The main thing is to break the possible isolation that can take over our lives if we assume that we can return to our home country and act as we did before. We may need to widen our circle of friends and do more to meet the friends we have.

In the same way, it is preferable not to pretend that the years spent outside have not existed: embracing what distant lands have taught us is a good idea, since that kind of memory has become part of one’s identity and trying to suppress it would be an imposture , as well as a blow to one’s self-esteem. If we have to hide those signs that we have lived outside, does it mean that the mark left on us by the other country is undesirable and that we are worth less for having let it into our way of thinking? Of course not.