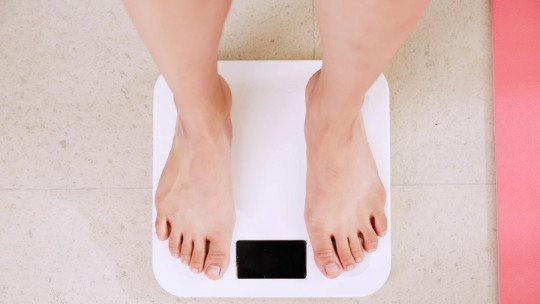 In the case of drugs, there should always be clear indications for their use by a specialist who has carried out a prior assessment.

If this does not occur, then some side effects may occur in the subject, and even despite medical supervision they may start to appear. In the case of antidepressants, it is confirmed that one of these unwanted effects is unusual weight gain in the subject.

In this article we will address the question: why do antidepressants make you fat? . To do this we will review the results of a longitudinal study published in the British Medical Journal, and see how these drugs can have this effect on the human body, as well as some ways to prevent it.

The relationship between antidepressants and obesity

As mentioned above, this was a longitudinal study (a long-term study) which may give us the answer as to why antidepressants make you fat. The study consisted of a sample population of 294,719 subjects aged 20 years and older, all from the UK between 2004 and 2014.

The research was carried out by Dr. Rafael Gafoor and other specialists from King’s College in the city of London. In the results of this research, evidence emerged of a clear incidence of antidepressants in terms of long-term weight gain , in people who use this type of drugs.

Within this study there were other variables apart from the simple use of the medicine, such as; age, suffering from some specific diseases such as diabetes or cancer, smoking, consumption of other medicines simultaneously, among some others…

About the results of the study

The results show that regardless of the variables mentioned above, there is a constant when the subject’s weight gain originates in an atypical way , and it is the use of one of the most sold antidepressant drugs in the United Kingdom territory. Let’s see what they are:

Of these 12 medicines, some more than others showed a greater incidence in terms of weight gain by their consumers. However, they are all implicated in cases of long-term atypical weight gain.

However, the results of the study were not definitive . They showed that, although there is a proven level of incidence of these drugs towards the tendency of consumers to gain weight, the cause of why antidepressants generate this weight gain is still not completely clear, although there are several factors that come into play. Let’s look at them.

The weight gain caused by the consumption of these drugs could actually be due to side effects, such as these .

1. Relaxing effect on the subject

The relaxing effect that these drugs produce in those who consume them means that the subject can generate sedentary behaviour , which is a risk factor for obesity.

This type of drug has shown a positive relationship in terms of increasing people’s appetite, especially with regard to the consumption of sweets and refined flours , two things that make people very fattening.

If we make a simple equation, and we add these two situations (less physical activity + more consumption of sweets and flours), the result is a higher index of fat in the body, especially accumulated in the abdominal area , which generates the belly.

Ways to prevent this effect

Some effective forms of prevention may include the following.

1. Maintain control over your weight

Keeping track of the weight changes you may be experiencing will help you realize that something is going on and that you need to take action. Also, after you have analyzed the situation, you should continue weighing yourself almost daily to avoid relapses.

Whatever physical activity you do, the important thing is that you do it with enthusiasm and that you notice the physical wear and tear as you do it . Jogging for 10 minutes is a good way to keep fit.

3. Include salads in your diet

Looking for salad recipes and starting to add these to your menu will go a long way towards making the amount of fat you accumulate much lower. This salad-based menu is recommended while you are taking antidepressants. After you have finished your treatment you could continue to include these in your meals , but not as rigorously.