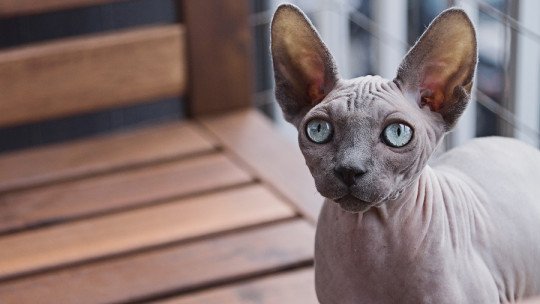 Surely on some occasion we have seen a cat at night or in the dark, highlighting the brightness of their eyes especially when it focuses some kind of light.

Although it is not strange to us, we have probably wondered on some occasions why such a glow , that they have their eyes that make them glow in that way and if it serves them any purpose. In this article we intend to answer that question.

In fact, this is a question that has aroused the curiosity of man since ancient times, coming to consider cats the guardians of the night and the underworld in ancient Egypt due, among other things, to this particularity. It was considered that the iridescence of their gaze during the night was due to the fact that they saw the truth and even beyond death, and that they kept the sunlight in the world. But the brightness of a cat’s eyes has a scientific explanation, the tapetum lucidum.

The answer to why cats’ eyes glow is the existence of a band of cells located behind the photoreceptors in the eyes of these animals, specifically between the retina and the optic nerve (it could be considered part of the choroid). Called tapetum lucidum, it acts as a concave mirror inside the eye, causing light entering the pupil to pass through the retina both when it enters the eye and when it bounces off the mat. Thus, the amount of light reflected by the retina increases greatly, and can even be perceived from the outside . Technically it is not that your eyes shine, but that they reflect the light from outside.

This means that they are able to capture and make the most of ambient light, so that during the night they are able to move more easily than other creatures and can see in the dark as long as it is not total. Their visual capacity is greatly increased and serves as a deterrent to possible attacks.

Tapetum lucidum increases the sensitivity of the canes by thirty to fifty times, although this would not be enough to allow them to see in the most absolute darkness. In most animals without this adaptation, much of the visual information is lost because the eye does not reflect all the light entering through the pupil. In the case of cats, although there is some loss of information this loss is much less due to the presence of tapetum lucidum , which causes a much higher proportion of light to be retained in the retina and the eye’s rods to be able to process much more information.

Tapetum lucidum is what causes cats’ eyes to glow in the dark, but this is a biological adaptation shared with other species. Cats are not the only creatures whose eyes glow in the night. We can see the same effect in most cat species and even in many dogs. Also bats, sharks, horses, crocodiles or even cows possess tapetum lucidum.

In general, these are animals with nocturnal habits, both as predators and as prey. And the fact is that evolution has generated the emergence of structures of this type so that those beings that live and act mainly during the night or whose prey or predators have such habits can survive. However, animals that are mainly diurnal do not usually possess this, such as human beings and pigs.

Can it cause you any difficulties?

Tapetum lucidum has many advantages, but you might think that it can be a disadvantage in situations where there is a lot of light, such as during the day.
However, the vision of cats has other characteristics that allow them to adapt to other difficulties .

Between them they have a pupil capable of contracting to unsuspected limits, contracting until it reaches a narrow band and managing to reduce the amount of light that enters the eyes when this is intense.