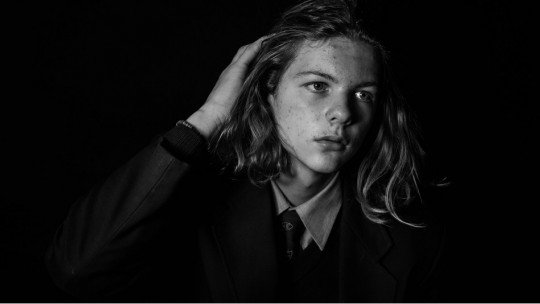 This fact can be observed at the physical level, but also at the level of mental maturity. Why do girls mature earlier than boys? To answer this question, let’s start with the basics.

What do we mean by maturity?

In order to better understand the topic at hand, it may be useful to make clear exactly what element we are referring to when we speak of maturity.

The term maturity refers to the moment when a person or object has reached its maximum level of development . It generally tends to be linked to time and age. When most people say that one person is more or less mature than the other they tend to refer to their behaviour or way of acting or responding to situations.

A mature person is capable of self-management, taking responsibility for his or her actions , adopting different perspectives, being critical of both the world and himself or herself and being able to adapt to situations and respond to the demands of reality.

A brief introduction to the development of the brain

Our nervous system is a set of elements of great importance for our survival from the moment we are born. But it is not a system that remains unchanged, but one that develops and changes as we grow.

At birth, we have a large number of neurons , but they are usually not very well connected to each other, and there are relatively few synapses. From that moment and during much of our childhood our brain is immersed in a process of constant neurogenesis, multiplying the number of neurons and establishing connections between them. This allows us to have a learning potential and a much greater brain plasticity than in other periods of our lives.

In this period of development both men and women have an equivalent number of neurons and show similar development in terms of their level of maturity.

As we live, experiment, move and pay attention to what surrounds us and what we do and think, our organism reinforces the most used synapses and strengthens the connection between groups and neuronal fibres. Different areas, such as the frontal cortex, are maturing and developing more and more. But there is a moment during the development when neurogenesis stagnates, and a large number of neurons begin to die. This is called neural pruning.

So-called neural pruning or synaptic pruning is a biological process that occurs mainly during adolescence in which a large proportion of the neurons present in our nervous system degrade and die.

While the fact that a large number of neurons degrade and die may seem negative, the truth is that this fact fulfills a very important function. Specifically it fulfils the function of optimising the functioning of our brain by eliminating those connections that we practically do not use, allowing a greater efficiency of different mental processes that have proved useful for the subject during his growth.

In this way, our brain gets rid of those connections that we do not use or that offer redundant information. The brain is reorganized so that the most used connections survive and allows the processing and integration of information to be increasingly efficient, spending less mental resources and therefore being able to better invest those that are available to us.

And it is in this neural pruning that we find the main reason why the female sex usually presents an earlier maturity than its male counterpart . Various studies show that the process of neural pruning begins early in women, which allows them to optimize their neural networks and in many cases reach mental maturity.

One of the main reasons for this can be found in hormones. While in males, sex hormones are observed in the early stages of development and later stagnate until they enter puberty , in females the hormonal cycle and the secretion of estrogens is stable and continuous throughout the developmental period. This allows an acceleration of the moment in which puberty occurs.

The effect of the environment

It should also be noted that social expectations and gender roles have a powerful effect on how we act. Traditionally, gender roles have led to men being educated in a way that tends to encourage competitiveness and individuality while women have been educated to care for others, self-management and preservation.

This can lead to different aspects being taken into account when acting, leading to different degrees of maturity. However, this effect diminishes as the typical roles fade.

But this does not necessarily imply greater maturity on the part of the female sex. Although this tendency exists, it should be taken into account that the level of maturity depends to a great extent on the conditions in which we grow up , external stimulation and what we experience throughout our lives. An environment that favours maturity or one that infantilises the subjects can make both men and women able to face situations more or less effectively and reach different degrees of maturity at the same age.