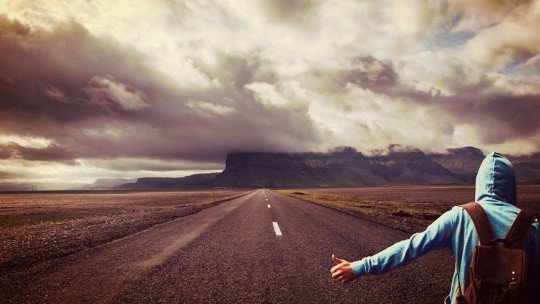 The world of love and relationships is already complicated, but there are times when dealing with it is made even more difficult by problems of expression and communication .

In fact, for some people something as simple (theoretically) as saying “I love you” can become a challenge. In part, this may be due to a fear of commitment, but it may also have to do with difficulties in expressing feelings in general. Here is what happens when love life encounters this second obstacle.

When love is a hollow word

Imagine that the word love means nothing to you , and that the same thing happens to you with hate, fear, guilt, or happiness. When you hear them they sound empty, devoid of the emotional tinge that characterizes them. Feelings are just another word to add to the dictionary, hollow words that you know what they mean because you have learned them, but they don’t tell you anything.

You don’t know how to interpret emotions, maybe you know that you feel bad in general, but you can’t specify if you are sad, angry, scared, etc. You don’t know if you are in love or if you have ever been in love, . You don’t understand the looks, the gestures, the silences, the non-verbal language is another puzzle you can’t figure out.

Although it seems a curious and rare phenomenon, the Spanish Society of Neurology estimates that at least 10% of the world’s population suffers from this situation, that is, one out of every 10 people presents a psychological condition called alexithymia .

The term alexithymia literally means “lack of words for feelings” and denotes a difficulty in identifying and verbally describing the emotions and feelings in oneself and others. This limitation is also observed in non-verbal language.

Some of the symptoms or characteristics of alexithymia are

Are people too cold in relationships?

People with alexithymia are often described by others as cold and distant . They lack empathy and often experience problems in recognising and responding appropriately to the moods and feelings of the people around them, so family, partner and social relationships are often greatly affected.

Moreover, they present a very pragmatic way of thinking, based on logic, where the affective aspects have no place . They have a reduced capacity for enjoyment and it is almost impossible for them to experience fantasies and dreams or think in an imaginative way.

It is not that the alexithymics do not have emotions; they have them, their difficulty lies in not knowing how to recognize them and express them with words or gestures. The inability to express affections causes them to somatize, presenting headaches, stomach pains, tachycardia, muscular tension, etc. They reflect in their physical state what they cannot say with words or gestures . This is why it is very difficult for people who are alexithymic to differentiate what emotions are from what body sensations are.

Types of Difficulties in Talking about Feelings

Alexithymia can be divided into two categories-

Related to purely psychological factors, is observed in people who have suffered emotional trauma , such as abuse in childhood, post-traumatic stress situations (war, sexual abuse, mistreatment, etc), or simply who have not had adequate emotional learning in childhood (children who have not been adequately taught to label and identify their emotions).

It is also common in subjects with depression, cyclothymia, eating disorders, such as anorexia nervosa, or people with addictions. Secondary alexithymia, unlike primary alexithymia, can be reversed through psychotherapy, and sometimes with the help of antidepressant drugs.

Although people with alexithymia do not usually come to therapy, and if they do, it is because of the insistence of their immediate environment, cognitive-behavioral therapy and interpersonal therapy can help them develop emotional awareness.

The main objective of the psychological treatment will be to help the patient to identify, label and properly understand the emotions. It is important that they know how to give meaning to the emotions, to verbalize them and to identify the sensations associated with them.

It will also be necessary to compensate for the deficient capacity of emotional regulation by teaching the person to self-regulate emotionally , and express affections adequately.