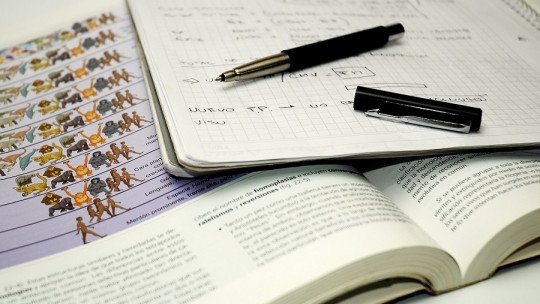 Everyone has had it happen to them: fail relatively simple exam questions , it is not clear why.

Knowledge that we thought we had learned well rebels against us at the most inopportune moment, questions appear that seem to have been transformed since the last time we wrote down the answer and, in general, we are left with the feeling that at the moment of handing over the sheet with the answers we are less intelligent than a few hours before. All this seems to be the product of magic, a kind of invisible force that tries to lead us to failure. This invisible force is called stress.

Several studies point out that high levels of stress at times of exercising cognitively demanding tasks make us fail more than we should, counteracting the positive effect that practice and previous study have on our performance. This means that the appearance of “peaks” of stress at decisive moments harms us at the most decisive moments, something that is worrying if we take into account that it is very frequent to suffer from nerves and anxiety when performing tests.

What role does stress play?

Stress is a cascading reaction of our hormones and nervous system that can be useful in some contexts . Its appearance puts us in a state of alert and enhances muscle tension, accelerates the pulse and causes a hormonal chain reaction from the release of cortisol and adrenaline.

All this is very useful at times when we need to give a quick physical response, such as flight or fight, capabilities that have probably been very important in our lineage for hundreds of thousands of years. However, stress is not so useful when the problems to be solved are more related to intelligence, intellectual performance. In fact, it can be counterproductive if it occurs at too high a level.

How does stress show up in exams?

It is believed that the appearance of stress during exams and other tests acts as a process.

On the one hand, as the time for the test approaches, stress-promoting behavioral patterns can be initiated, such as procrastination, last-minute long studies, or even repetitive patterns such as nail biting, hair pulling, etc.

On the other hand, at the time of the test stress can be exacerbated by a snake biting its own tail : thinking about failure produces more discomfort and alertness, which makes attention focus on anticipating a negative result and not on the specific task to be performed.

To this we must add another aspect: the impact of getting one or another result in an exam . In many universities it is common to take fewer and fewer exams, making getting good marks on them very important. It could be thought that the presence of a greater incentive (having a final grade assured by only one exam) or a more severe punishment (failing an exam is a hard blow and will be reflected in the overall grades) may serve to motivate students more and therefore improve their performance, but the opposite effect could be achieved.

Some research on this subject

There are multiple experiments in which it has been seen how a very high reward can induce such a high stress that the volunteers’ performance plummets . In one in particular, a series of volunteers were asked to solve a circuit of different tasks related to marksmanship and intelligence. Different volunteers had the possibility of earning a greater or lesser reward. The results showed how those who opted for a higher prize obtained poorer results.

It is likely that these participants were distracted both by the possibility of not winning the reward and by the idea of feeding their own stress. As we do during major tests, the need to pay attention to both the task and our own state and the possible outcome of doing it well or poorly produces a cognitive overload that is difficult to get out of.

In general, it seems that this is not only the case with high rewards, but also under the threat of loss or punishment. Examinations show these two sides of the incentive system, as they have both positive and negative consequences, and also have the peculiarity of having nothing to do with situations where explosive force or flight becomes the only viable solution. The key to all this is finding a way to reach the optimal level of stress : enough to be attentive to what is being asked of us without the hormonal chain reaction getting out of hand.

Tips for managing stress and nerves during exam time

You can learn how to manage your nerves by reading this article:

Good luck in your exams and we wish you that, after reading these articles, you can learn to manage those nerves and anxiety that did not allow you to perform at your best. From now on, let’s go for the honor roll!