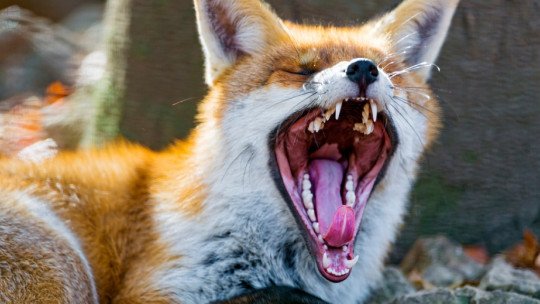 It may seem simple and even humorous, but the phenomenon of yawning is one of the most deeply rooted in our biology . Basically, everyone yawns, regardless of the culture they belong to.

In addition, it is not only present in babies and up to three-month-old fetuses, but also in virtually any vertebrate animal, from parrots to sharks.

But… what is it that makes yawning such a pervasive fact in so much of the animal kingdom? Why does one yawn, and why does one catch yawns? Are they good for something? We will now address these questions and a few more. But first, let’s start with the basics.

A yawn is the involuntary action of holding the jaws open, breathing in deeply for a few seconds and closing the jaws again while exhaling briefly.

Yawning is closely linked to the sleep-wake cycle which regulates the hormone called melatonin, and that is why for many years it has been believed that it is a physiological phenomenon related to the level of brain activity and the response to stressful situations that can sometimes catch us off guard, either because we are tired or because we are sleepy.

In short, yawning is something closely linked to our evolutionary origins and that has permeated the most basic functioning of our nervous system . However, knowing this does not tell us anything concrete about its usefulness. If we want to know what needs this curious biological mechanism could respond to, it is necessary to carry out specific research to find out.

If we start from the idea that yawning is basically capturing a lot of air through deep breathing , we will easily come to the conclusion that yawning serves to oxygenate us.

However, this hypothesis has been refuted since the 1980s, when University of Maryland researcher Robert Provine observed that the frequency of yawning was the same regardless of whether you were in a very well-ventilated or CO2-rich room.

At the moment, it is not clear what yawning is for, but a number of theories are being considered.

One of the hypotheses that could explain the function of yawning is the possibility of keeping in shape and toning the small muscle groups of the face which, depending on our mood or the social contexts in which we find ourselves, can remain almost totally relaxed for too long.

Thus, when we get bored or sleepy and adopt a neutral and inexpressive face, yawning can be a wave of activity that allows that part of the body to regain muscle tone. It would be like an automatic way to wake up.

2. Preparing for alertness and concentration

Keeping the muscles of the face active does not have to serve only to keep them ready for action . It can also have a psychological effect: noticing that sensation could help us clear our heads, which would make the brain more active and able to pay more attention to important things. It’s, like, a looping effect: the nervous system moves certain muscles so that muscle activity keeps us more awake.

3. Correcting the position of the bones

An alternative explanation of why we yawn would be that this action allows us to “reset” the position of the jaws , making them fit back in better than they were before. Similarly, the same movement can help clear the ears by correcting differences in air pressure between the inner and outer ear.

4. It has no function

Another possibility is that yawns are of no use, at least in our species. It is perfectly feasible that in our ancestors they would have served a purpose but that through the path of evolution that adaptive advantage would have been lost, or that since its appearance in the most basic forms of vertebrates it was something totally useless.

After all, a biological characteristic does not need to have advantages in order to exist . Evolution does not make only the most adaptive features appear and survive, but there are others that do so in spite of not benefiting the species that carries them. The pseudo-penis of female spotted hyenas is an example of this.

Why do yawns spread?

Another big question is why we are so prone to getting yawns from others. In fact, it has been found that it is not necessary to even see others yawn; thinking about a yawn or seeing a photograph in which that action appears significantly increases the chances of it catching on.

It is currently believed that at the origin of this curious phenomenon are the mirror neurons , which are responsible for initiating “mental tests” on what it would be like to experience on our own skin what we are observing in real or imaginary people or animals.

Mirror neurons may be the neurobiological basis of empathy, but one of their side effects may be yawning.