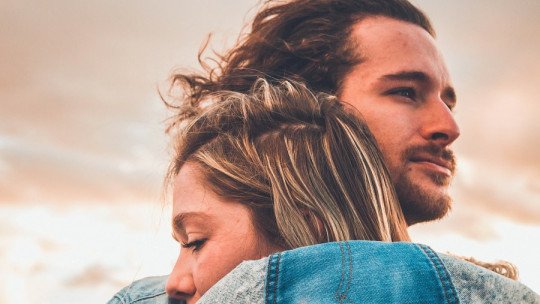 Knowing how to forgive is a very important capacity, especially if it is related to maintaining good social relations as well as acquiring great importance during the therapeutic processes.

However, it’s not that easy. Sometimes it’s hard to accept the apologies of others and try to overcome the damage received. That’s why many people wonder why it’s hard to forgive , and it’s something we’ll look at in more detail below.

Why is it so hard to forgive someone?

Forgiveness is human, and, in fact, according to a study conducted by Yale University’s Molly J. Crockett’s group, we are all born with this ability.

However, as we grow up, we find it increasingly difficult to forgive , either because we are afraid of being hurt again or because our personality is that of people with a low tolerance for betrayal. Be that as it may, not forgiving becomes a defense mechanism, which, at times, can be detrimental to our correct socialization.

We must understand that forgiveness is not simply a set of behaviors towards a person who has done something unpleasant to us, but rather an attitude towards oneself. It is about not allowing circumstances that have been painful for us to become something that affects our way of being and contaminates our life. With forgiveness one grows emotionally.

One of the reasons why it is so hard to forgive is that is seen as a synonym for weakness . It is often thought that by forgiving someone who has hurt us, we are giving him a free hand to do what he did to us again, as well as not making him see what he did wrong. This is not really the case. Forgiveness does not mean that we accept what he did to us, but it is a way of allowing ourselves to move forward.

Forgiving is not an act of charity or submission, nor is humiliating or allowing abuse, but accepting that the person was wrong and, if he is aware of the damage he has done, we allow him to evolve as a person. What he did to us must be taken into account as to when it was done, not generalize it to the person’s way of being. This can be difficult, because whether you are angry or sad, sometimes it is not possible to separate the negative from the person who did it.

Forgiveness is like a gift, not for the one who receives it, but for the one who gives it . It is not that it becomes an act of tolerating the harm received, but rather accepting what has happened and trying to overcome the negative feelings. Nothing should be expected from the other, especially if there has been repeated precedent of having done harm. The goal of forgiveness is to learn that one’s self is more important and to manage one’s pain.

Another reason why we are unable to forgive others is the pain we are still feeling because of the harm they have done to us. This is especially visible when the act in question is very serious or someone who has done it to us is someone we trusted almost blindly. It is often very difficult to forgive betrayals by family, partners and friends, making the trust that was in them very weak. When we love these people intensely, it is very painful for them to hurt us.

Faced with this type of situation, the disappointment experienced is very deep, since we had formed some expectations in relation to others . When the clash between our expectations and reality occurs, this is when disappointment appears, an emotion that arises when we see that things are not as we expected them to be. This is when emotions such as anger, sadness and, of course, resentment arise.

The importance of forgiveness

When we are hurt, we express a whole range of feelings that, although adaptive, are negative and, if sustained over the long term, can affect our health, both physical and mental. Resentment becomes a kind of aura that envelops us and that goes increasingly , remembering everything that has been done to us and that has made us angry, feeding back and consuming us inside, as well as negatively affecting our social relationships.

Forgiveness does not mean that things are magically resolved, nor does it necessarily imply that there is reconciliation, but it does bring a certain relief, both to the injured person and to the one who was hurt. With the act of forgiving we become wiser people and grow emotionally.

We must make the wise decision to understand that we should not blame others for our own misfortunes , unless they have done very serious things to us, such as mistreatment, theft or infidelity. Always, as far as possible, we should accept what has happened, try to forgive and learn from the fact, however unpleasant it may be.

If it is not forgiven, the pain becomes chronic. It must be understood that the pain arising from this type of situation is like an iceberg: the person who suffers it only shows a small part of all the pain that he really suffers. Forgiveness is like crossing that huge piece of ice with an icebreaker, fragmenting it and making it much easier and faster to make it melt.

Everyone has made a bad decision at one time or another that has hurt them after a while. It is possible that when the decision was made, you were not up to the task . Regardless of the seriousness of the matter, it is very important that we are human and that, like everyone else, we can make mistakes sometime, but we must also allow ourselves to forgive ourselves. The decisions we make and the results, whether positive or negative, are part of our learning.

When the bad thing we’ve done comes back to haunt us, we must try to say ‘Stop’, since it’s no longer his turn to come back or to claim a leading role that he already had in his time.

No need to whip yourself. As the saying goes, ‘falling is allowed, getting up is a must’, that is, you can make mistakes but you must always go forward and learn from experience. One will not be able to forgive others if one has never forgiven oneself.