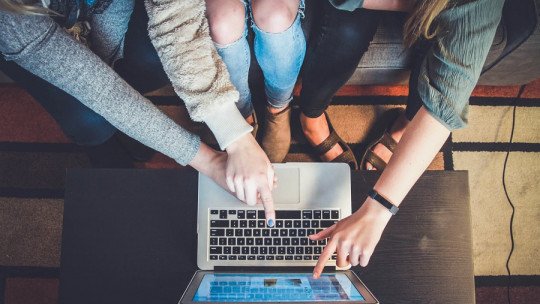 Betting and gambling have been with us for generations, as a form of entertainment or as a way of trying to get rich. When we talk about gambling, most people think of “slot machines”, roulette and other casino games, bingo or even lottery.

And as everybody knows, many people have developed over the years a problem of addiction with these games of chance . Why do so many people fall into this process of dependency? Let’s look at it.

What makes it so easy to get addicted to online gambling?

We can simplify the concept of addiction as the case in which a person loses control over a certain behavior . This can be the consumption of alcohol, smoking tobacco or snorting cocaine for example (the classic chemical addictions), but we can also talk about non-chemical or behavioural addictions.

Gambling addiction (also known as compulsive gambling) is a form of addiction that is becoming increasingly common in our society, unfortunately. Technology, just as it brings us many benefits and opportunities that we could not even dream of years ago, can also contribute to aggravate a certain problem.

Online gambling has come to stay, and it is changing gambling addiction as we know it. In the following lines I will tell you the main reasons why the addiction to online gambling is more dangerous than the traditional one .

They practically give us a mobile phone when we start reading, anyone in our country has access to a smartphone with Internet access .

There’s no need to drive to faraway places, or even go down to the gambling hall on the corner. You only need to connect to one of the online bookmaker platforms to start playing. In addition, these platforms usually provide facilities for players to encourage the game, such as “giving away” welcome credits to play more at the beginning.

However, that barrier no longer exists. Anyone, even a minor who is misrepresenting his or her identity, can create an account on a gambling site or application and start his or her wanderings with very little money. He could be in his living room betting from his mobile phone, and the people around him would believe that he is simply on the most innocent social networks.

When a person uses, for example, cocaine, he can predict when he will feel the “high”, within seconds of using. However, with games of chance you cannot predict when exactly the reward will come (winning a game, for example).

It has been observed in many scientific investigations that, at times when the “unpredictable” reward comes, the dopamine high in the brain is higher than even other drugs. In other words, this makes people who gamble more likely to develop an addiction than even other people using drugs.

The big bookmakers handle unimaginable amounts of money, so have the resources to create massive marketing campaigns , and pay celebrities to promote their betting platforms. It is very common to see popular football players starring in ads and betting campaigns.

By associating celebrities or characters we admire with gambling it is easier for people to look at them with different eyes and be more inclined to gamble.

5. Acceptance by the population

Similar to what happens with alcohol and tobacco, being legal drugs, a large part of the population does not perceive them as such a health risk . “If it was really dangerous, it would be prohibited” or “if it is legal, it is not a drug”.

In the same way, because gambling is legalised and has so few limitations, many people normalise gambling in their environment, making it more difficult for them to perceive all the risk involved.

Specifically in Spain, is the country in the world where more money moves the lottery. Culturally, we are much more permissive about gambling than other European countries , and that conditions us towards a greater openness towards gambling in general.

What to do in the event of a problem game?