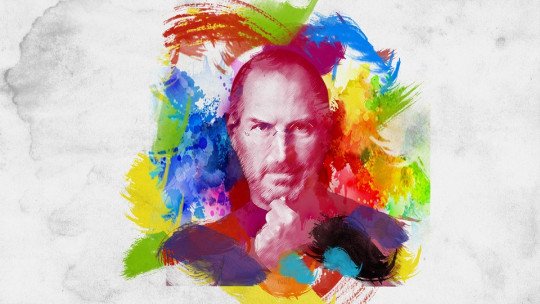 Recently a controversial article written by the English journalist John Haltiwanger has gone viral and was published in the digital media Elite Daily.

In this paper, Haltiwanger put forward a theory: students who get high academic grades are not necessarily the smartest ones . In addition, according to this journalist, the “mediocre students” (those who obtain grades ranging from a fair pass to a low mark), are those who tend to be more successful during their working and personal lives. Much more successful than “A” students.

Of course, these statements have been the subject of intense debate . Not only because Haltiwanger is quite categorical in his exposition, but also because he does not provide a scientific basis that can attest to what is said in it.

However, it may be interesting to echo his thoughts and observations so that, at least in a philosophical sense, we may all rethink some important aspects of education in general and of the school system in particular.

Good grades are no guarantee of anything

We have all realized that academic qualifications are not always the best predictor for a successful working life , nor for achieving happiness in the future. On many occasions, those less fortunate in their studies tended to find low-paying jobs, or even had to join the unemployment queue.

But what about those who passed the courses without any penalty or glory, with grades ranging from 5 to 6.5? As Haltiwanger explains in his already famous article, there are numerous cases of mediocre students who achieved high levels of wealth and fame . Thus, it seems that success is not only achieved by those who stand out most in their academic stage but, counterintuitively, mediocre students could possess a series of capacities and skills very useful for life.

Examples of students out of 5 who were successful

The classic example of a grey student who was a resounding success in his adult life was Steve Jobs , the creator of the smartphone and technology brand Apple . Other highlights in this category include Mark Zuckerberg , the creator of Facebook , and Bill Gates , the creator of Microsoft . We are talking about a triad that is central to technological innovation in the world, and it is not surprising that none of them was a brilliant student.

More examples: Sergei Korolev was the Soviet astrophysicist and engineer who, despite having launched the Sputnik rocket into space, was never a good student. Vladimir Mayakovsky suffered in order to learn to read, and Joseph Brodsky , who was considered a horrible student, received the Nobel Prize for Literature decades later. Reviewing the concept of intelligence

Success in life, on the other hand, can be defined in many different ways. Each person has his own vision of what success is, and his priorities in life . In this case, it is useful to talk about work success (because it is more measurable and univocal), and the truth is that it doesn’t seem to be a necessary condition to have obtained very good grades in the past, nor to be very intelligent, so that one can generate a brilliant idea that leads to a tremendous business success.

The keys to success, within everyone’s reach

In short, being successful goes far beyond the schemes imposed by each country’s educational model. To be successful, we may be overestimating the influence of academic results , as Haltiwanger points out.

Success requires consistency, persistence and creativity. But, in addition, to achieve high goals in our lives we must also fail sometimes to realize that everything we do helps us learn and move towards our goals.

The value of failure

This value of failure is what may be one of the factors contributing to future success. And, of course, the most experienced in this area are the people who suffered in order to pass and succeed in the academic courses. These are individuals who have never received great praise or rewards, for which they know first-hand the value of effort, daily struggle and the capacity to overcome .

Probably, the mediocre students learned to manage their failures, something that the outstanding students could not do due to the recurrence of their grades being close to 10. Entrepreneurs who manage to develop good products and/or services usually have very creative and alternative ways of achieving their successes in mind. N or are limited to the established canons or the typical, but innovate . In this way, they create completely new, high quality products that are a revolution in their sector. For example, this is what Steve Jobs did with almost all the gadgets he brought to market.

Creativity, another skill not developed in school

Following the English journalist’s observations, it seems that mediocre students are often the most likely to be natural leaders in their circles of friends. They can guide other pupils beyond the codes and educational context .

It is these individuals who show the greatest creative thinking, and often decline to be interested in rigid and monotonous master classes. These people can be more creative than the average, because they do not base their thought patterns on school logic but on their own experiences .

This is one of the points that has generated most debate. It is very possible that certain methods of formal education play against the ability of students to develop their critical spirit, their creativity or the possibility of living certain enriching experiences. At school, we are often taught how things are, but we are not given the chance to question them. Nor is much emphasis placed on meaningful learning, nor are students given the tools to solve problems in alternative, innovative ways.

The vast majority of people who managed to make technology companies work worked with different thinking patterns. They thought beyond the obvious; they implemented projects that were not governed by existing parameters. They are individuals who learn quickly, are proactive and do things their own way, and not like others demand that they do them.

Beware: being a bad student is not good news for your future

One thing should be clear: although Haltiwanger builds this discourse around the Steve Jobs, Mark Zuckerberg and company, the truth is that getting bad grades (or mediocre grades) is no guarantee of personal or professional success . Nor is the opposite true: getting bad grades does not give us the key to a prosperous future.

In short, success is marked by a lot of variables, among which character, perseverance, experience and contacts stand out. Notes are, in a sense, secondary.

Haltiwanger’s article may be a stimulus for those who failed to excel in school or college. Life always offers us new ways to get ahead, opportunities and moments to seize. Success or failure in grades is very relative: the real experience is when we leave the classroom .